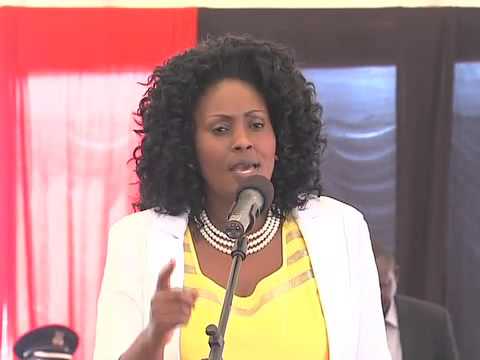 Deputy President William Ruto has clandes strewn all over Nairobi, that one gets to wonder when he actually works. Alice Nganga was in the controversial shuttle-diplomacy flight during Jubilee’s first months in office. Deputy President is also said to have visited Thika Town more than any other constituency.

Alice Wambui Nganga, the flamboyant Thika Town MPig, was said to be Ruto’s side-chic before being picked up by National Irrigation Board General Manager Daniel Barasa.

“The board received letters of complaints on the misconduct, procurement and financial mismanagement of the institution which was tabled and deliberated at length,” read a notice released by the board on Thursday.

Members of the Parliamentary Committee on Agriculture had received information that Barasa used his relationship with Thika MPig Alice Ng’ang’a to have him reach President Uhuru Kenyatta’s PA Jomo Gecaga and Chief of staff Joseph Kinyua to have his contract controversially renewed last year.

Immediately afterwards the two love birds got married and the Thika Town MPig had been pushing to have her husband saved from implication in any parliamentary report negatively.

Alice Nganga’s firms have been doing multi-million shillings tender work at NIB, making it a conflict of interest contrary to the provisions of the constitution. Surprisingly, they were allocated work despite not participating in the tendering process as duly required under law.

The Galana-Kwalu Irrigation Scheme, a Jubilee flagship project is now a cash cow. Parliament had asked Auditor General Edward Ouko to conduct a forensic audit to unearth the malpractice. They wanted the project suspended pending re-evaluation to put it on the right footing.

It has since emerged that KSh. 7.5 billion pumped into developing 500 process and agencies involved in implementation have been misused irregularly.

Barasa and his associates pushed a well-known contractor to win the tender for second feasibility study on the Galana project which was budgeted at Sh793 million but it was eventually awarded at Sh900 million.

Barasa in 2013 was allied to ODM and even offered his private residence to serve the opposition activities.

Sources say that Barasa and Alice Wambui Nganga have put up apartments on LR/209/376/11 at Hurlingham Shopping Center. With all this evidence, why are Ethics and Anti-Corruption Officials accepting bribes instead of repossessing money meant to build irrigation schemes and attain Kenya’s food security?

Halakhe Waqo must go! He is the most corrupt individual in Kenya. 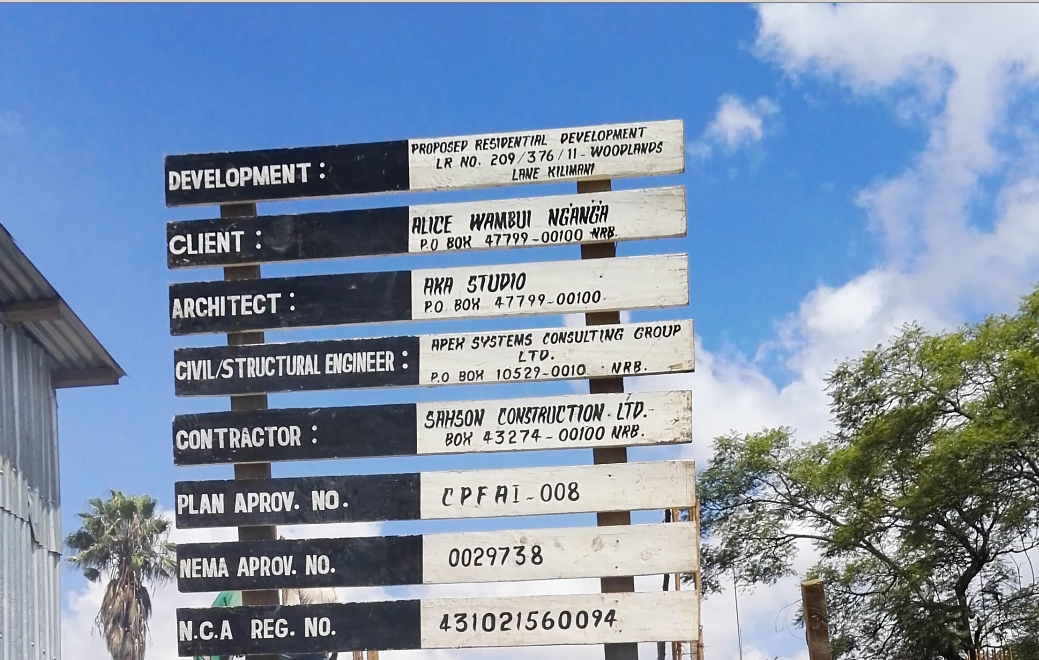 Caption : Siteboard shows who the cient of the development is