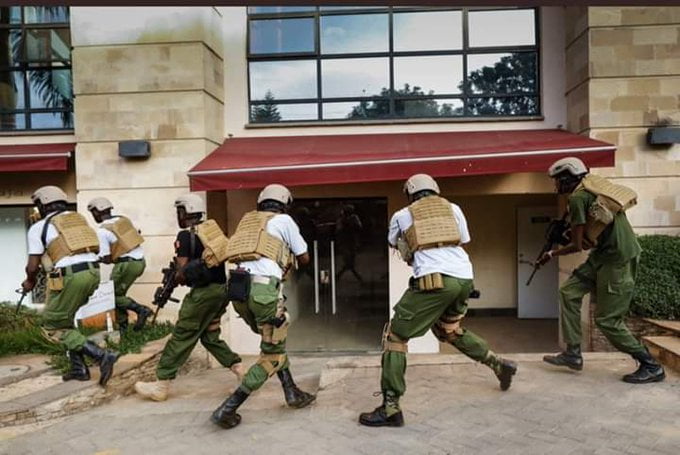 We hope this was just a normal case of sickness and death, however, there are many angles and being a person who was central to a terror attack investigations, a lot of cover up might be at play.

It is not something that is easy to pin down or to wish off, that the death of Monica Wambui Githahiga will not raise eyebrows or spin out conspiracy theories or worse still bring a lot of questions.

Anyways the media has reported as below, but blogs will have their way. Let’s wait and see in the coming weeks.

Via Other media houses

Chief Inspector Monica Wambui Githaiga had arrived at JKIA from Japan where she had been on a short course when she collapsed and died.

She had connected from Japan through Dubai and Addis Ababa aboard Ethiopian Airlines when the incident happened.

Police explained Ms Githaiga had complained of feeling unwell in Dubai where she was attended to and let to board her flight to Nairobi.

On reaching JKIA on Saturday afternoon, she collapsed and died, police said. She was confirmed dead at a clinic within the airport. She had earlier complained of chest pains and dizziness. Witnesses said she vomited before she was attended to by Port Health Clinic.

It is not clear what caused her death. An autopsy is planned on the body to establish the cause of death.

Ms Githaiga was the lead investigator in the dusitD2 Hotel attack on 14 Riverside Drive, Nairobi on January 15 in which 21 people were killed.

She told a court how one of the suspects in custody over the terror attack received Sh9 million from South Africa and the same was withdrawn through M-Pesa and later through Diamond Trust Bank, Eastleigh Branch.

Police suspect the money was for financing terrorism.

She added that the suspect registered 47 Sim Cards using different identity cards and names. The Sim Cards were all used in two handsets which were all geo-located within Eastleigh area, Nairobi.

She said two suspects had been in constant communication. Investigators believe that it was for the sole purpose of coordinating with the key suspect in the dusitD2 Hotel attack, Ali Salim Gichunge and his wife, Violet Kemunto Omwoyo.

The court heard another suspect operated a courier service within Eastleigh. Police suspect that he was used by the terrorists who attacked the city complex to move parcels to several locations within the country.

The case is still pending in court.

In this article:Dusit Attack, DusitD2, War on Terror