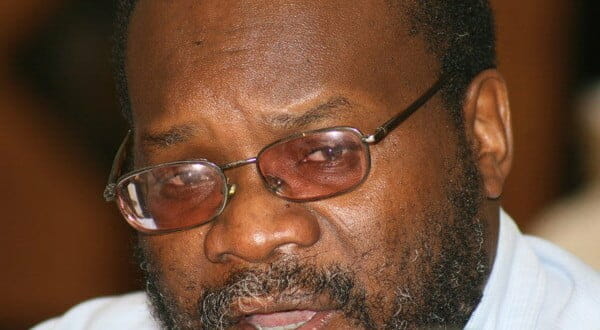 The management of Nation Media Group forced veteran journalists Macharia Gaitho and Jaindi Kisero to retire. The two are easily the lynchpins around which the newspaper revolved and as such the exit is seen as a near-mortal editorial blow to Nation that has lately clearly suffered from a lack of quality educated journalists. Indeed, it is said in some quarters, only a sworn enemy of the newspaper would wish it that fate; as sabotage, it seems.
It is whispered that the editor-in-chief Tom Mshindi feeling small in the two giants’ presence engineered the move to clear the stable of any competition.
The manner in which Kisero and Gaitho received their retirement letters is at the centre of quiet discussions at Nation Centre with many quoting the Black American proverb that: How you see the dead slave being treated is how you’ll be treated.
In private, talk has been, Mshindi is applying a tactic long used in the Kenya military where those clearly on the path to being Chief of Staff are shunted to make it easy for the preferred officers. Mshindi is said to have no respect for Kisero whom he refers to as JaLuo Jeuri (arrogant Luo).
Jaindi’s association with former prime minister Raila Odinga and his wheeler dealings making him one of the richest journalists in the country has also not gone down with the green-eyed Mshindi. The working relationship between Mshindi and Kisero has been frosty for years.
It is emerging, contrary to Mshindi communication to staff that Gaitho who was in charge of special projects and Kisero overseeing business and economics had requested to go on early retirement, the truth is they were forced out. It was so coincidental that Mshindi must believe he is in charge of children still wet behind the ear.
The two according to sources are among the staff targeted in what is ostensed as cost-cutting scheme. It is argued, to cut on costs, NMG phases out members of staff who earn hefty salaries and allowances that can effectively handle five employees and not one. But the question begs: what sort of five employees?
Needless to say, Kisero is said to have received the news with shock. Whereas Gaitho wrote a farewell letter to Nation staff stressing that he was taking early retirement on his own volition and that he was pleased to have served the newsroom for over 15 years, Kisero kept the secret.
Dennis Galava will attempt to fill in Gaitho’s boots. Galava has been managing editor, Saturday Nation. Tim Wanyonyi, has been confirmed Saturday Nation managing editor.
At the Standard Group, the much dreaded voluntary early retirement exercise has started. So far up to 100 staff members have received their letters sending them home with a package. A number who had applied for VER were turned down by the management.
More staff are to be affected in the planned rationalisation process announced by the company board. This has affected the working morale of the staff. This because the CEO had said he plans to sack some staff whom he terms as redundant. The affected staff were called by their sectional heads and handed the retirement letters. It was a cold season as the staff queued to the heads to pick the bad letters since Friday. It comes at a time when SGL had launched a second 24-hour television station that has however left Kenyans wondering whether it is a flat joke. The faces are the same on KTN making it a monotonous bore if ever there was such a thing, observers point out and say SG has squandered a chance to show the competition a clean pair of heels.
Those affected so far in the VER include Julius Maina –ME, Special projects, Peter Okong’o, deputy ME, daily, Dorcas Muga,deputy ME, Weekend, Juma Kwayera, writer, Saturday, Oscar Obonyo, writer, Sunday, Stephen Makabila, writer, Sunday, Kwamboka Oyaro, features editor, Joshua Kemboi- KTN sports editor, George Mulala, photo editor, Peter Choge, subeditor, Saturday Standard, Terry Mwenda –subeditor, Grace Tunya, Sarah Kinya -TV producer, Francis Githae, head of camera, Joseph Mutali, deputy head of camera, Silas Nyanchwani, Nairobian. Over 15 drivers, 30 in production and circulation and 20 in administration.