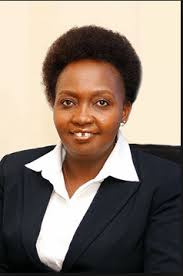 Kenyans on social media demanding for the disbandment of the National Hospital Insurance fund BOARD for failing to protect the interests of Kenyans as spelt out in the NHIF Act.

The board, comprised of sleeping individuals has watched and cheered the looting of NHIF with the board members being partners in crime, a source from within the NHIF confirmed to us. Despite earning millions per month, the board has failed in its core mandate and a purge would be necessary.

The board has watched, without doing anything as graft take over the fund. NHIF, Has been a cash-cow for a few individuals and the bosses at the helm have made it their habit to dance on poor Kenyans graves, as corruption becomes cancer in this country.

According to media reports, the National Hospital Insurance Fund (NHIF) could have lost more than Sh10 billion in false medical claims.

According to sources quoted by the local media, the figure had been flagged as fraudulent and was part of about Sh50 billion paid to NHIF by Treasury as capitation premiums for medical cover for civil servants, Kenya Police Service, National Youth Service and Kenya Prisons Service since 2013.

The detectives were said to have stumbled on a pile of documents related to premiums from special medical schemes worth Sh12.7 billion annually in which it was suspected that some NHIF officials and hospitals’ administrations conspired to double-charge the Government in medical bills, Local media says.

Reports indicate that several NHIF staff have been interrogated and more are scheduled to be summoned by the Directorate of Criminal Investigations (DCI), whose director, George Kinoti described the scandal as a massive rip-off

Despite all these scandals that have rocked the NHIF, President Uhuru just removed a few board members and replaced them with “his” people.

Corruption at NHIF is sanctioned by the board and if heads will not roll, this will be a game of musical chairs.