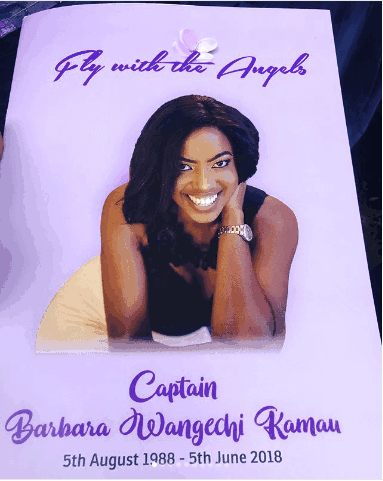 CAPTION: Beautiful Captain Barbara Wangechi was planning her wedding. And this incident was avoidable had Fly 540 been professional and serious with their work.

I recently read your article on the “Unexplored Facts On Flysax Crash” and thought you’d find what I’d have to say of interest.

Several passengers including myself noticed the airline that had arrived late (9 pm) to take us to Uganda was still being worked on.

We were boarded later at 10 pm and 20 minutes into the flight, we had to turn back to JKIA because the aeroplane had “technical issues” – the flight was later cancelled upon arrival at the airport.

CAPTION: Fly 540 CEO Don Smith. He runs his company with an iron fist and would rather risk lives and make money than comply with aviation safety guidelines.

The commercial manager, Sujal Raja-Haria has been extremely unprofessional and unreachable. She has failed to reply to emails and has made it extremely difficult to obtain our refunds.