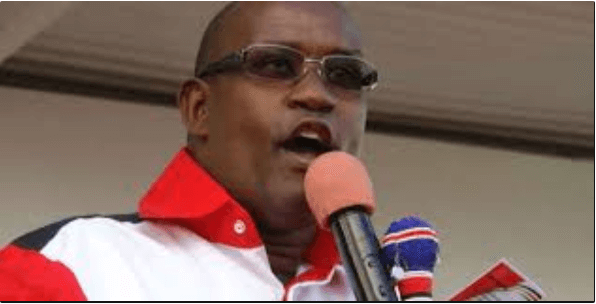 One senior manager by has taken leave being on a mission to buy MPs on both ministries trade and labour committee to write a report to exonerate him from corruption issues that the committee has evidence of how EAPCC MD Ole Nkeri had tried to syphon company to bring it down and auction it to the highest bidder!

Another one targeted is Auctioneer moran Auctioneers “no auctioneer will take place, We have an agreement with auctioneer..” quoted MD. In a board meeting held the previous day to the one Cs Munya trade “tactically dodged after learning the embattled MD has a contempt of court already in his head…

The plan of the meeting which will happen on a Friday was to create an impression to media that Cs is supporting MD and board, on their demand that only 15 billion can rescue Portland and anything less is nonsense.

The company is already on its deathbed. Ole Nkeri wants money but he is not explaining what he has achieved since he came to Portland in 2016. After a forensic audit report that took place, only Ole Nkeri, Janerose Karanja, Gatabakaki knows what is contained in that report.

Senior managers were sacked due to corruption but no steps were taken to proceed the report to EACC for recovery process of money lost through corruption.

Corruption is evidenced by a report on president directive of all accounting officers to step down. One did not qualify for that job. Munya must clear the mess in Portland to proof to the president in his confidence to fix things where his successor had planted cartels to collapse public utilities like Eapcc using them as a cash cow.

One guy from cooperate office at Eapcc, Casper Waithaka, is the link between the MD and the media by buying all news given by union staffs to some media personality and is a good friend to Kanini Kega, Chairman trade and industry select committee.

He will be serviced with another 20 million to visit Kanini Kega’s home. They are personal friends to Casper Waithaka who frequently flies to Mombasa to pay a beautiful hotel for the MD retreat every end month.

When this MD is enjoying goodies with some yellow yellow staffs, employees are suffering from rents, demoralization, no school fees for any employees even management is done, but MD pays school fees for his kids through cheque off from Portland payroll…

We have attached Auctioneers documents