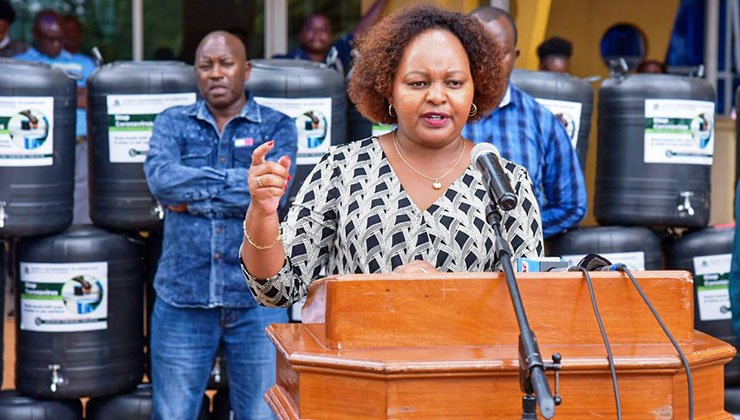 She straddles the corridors of power like a witch, all men, powerful and sundry behold her spell.

Her charm to persuade millions into her bank accounts is unrivalled, let alone her nine lives; escaping the jaws of justice umpteenth times.

Anne Mumbi Waiguru, the Kirinyaga Governor and former Cabinet Secretary at the Devolution Ministry has been haunted by scandals.

Is she a product of witch-hunt or is she guilty of the crimes levelled against her?

Flashback to May 2009, Uhuru Kenyatta, then a Minister of Finance, reports a Sh9.2 billion error in the budget. Waiguru was then an intern in the Ministry of Finance.

Legislators and lobby group went on to accuse Uhuru of having over Sh250 billion error in the budget.

The errors were many. 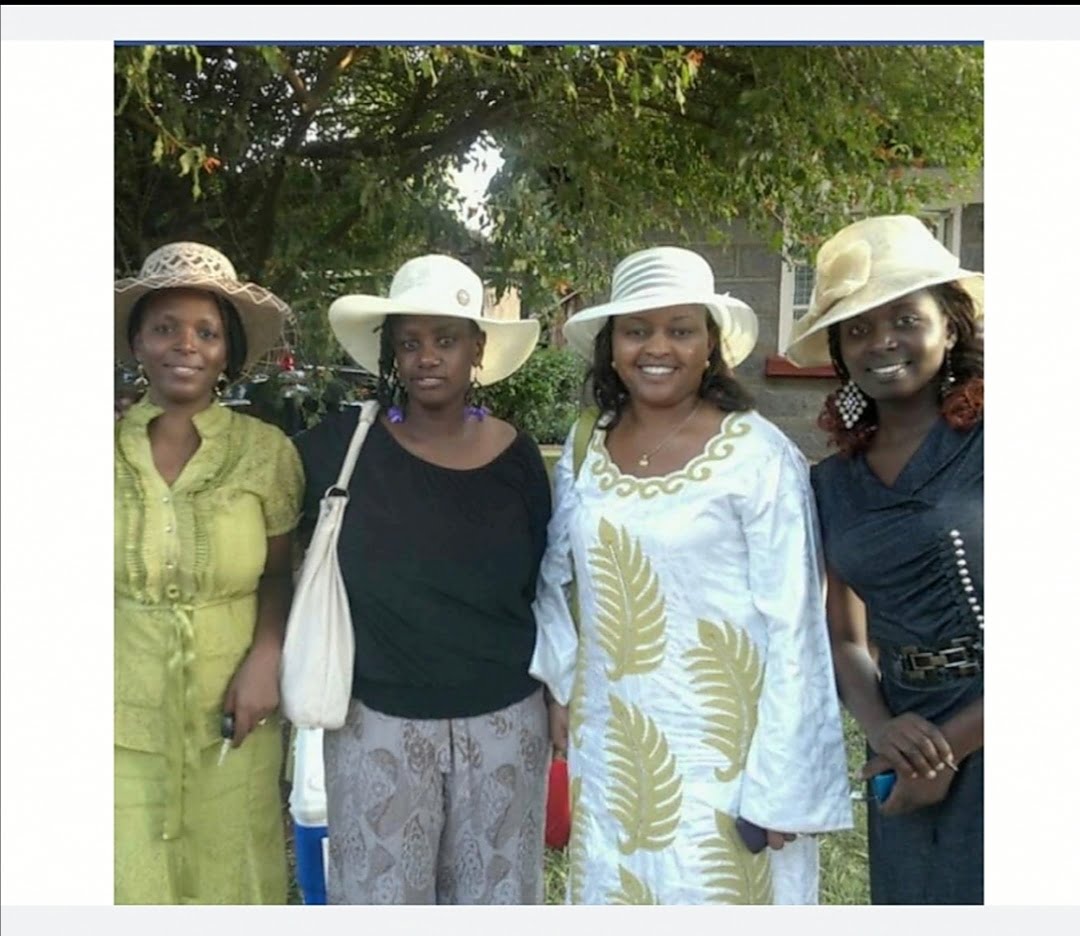 From right: Everlyne Wangari Kamau, Anne Waiguru and others

Fast forward to 2014/2015, Waiguru, a little known but exciting Cabinet Secretary is involved in the ‘rehabilitation’ of sections of Kibra slums using the National Youth Service (NYS).

Reports of the loss of over Sh700 million emerges that eventually hounds the daughter of Mumbi out of office.

The auditor General Edward Ouko said the money lost while Waiguru was in office was more than then reported Sh791 million.

In 2016, a special audit of the National Youth Service accounts by the Auditor General revealed an elaborate scheme to defraud taxpayers that led to the loss of Sh1.9 billion and an attempted theft of Sh695 million. But the losses could have been worse than what the Auditor General uncovered, according to a report on the special audit by the parliamentary Public Accounts Committee (PAC).

ODM Party leader Raila Odinga had claimed it was more than that. At a campaign rally in Kakamega, Raila told wananchi that Sh20 billion was the amount stolen from NYS.

The biggest beneficiary, the Auditor said was Ms Josephine Kabura. Many reports have Ms Kabura her to Anne Mumbi Waiguru.

The Sh791 million was illegally paid for the construction of a 3.5 kilometre Kibera Road.

NYS theft didn’t stop with the ‘sacking’ or resigning of Anne Waiguru. There was a NYS part 2.

NYS theft continues to this day under the leadership of shown Christian Matilda Sakwa. 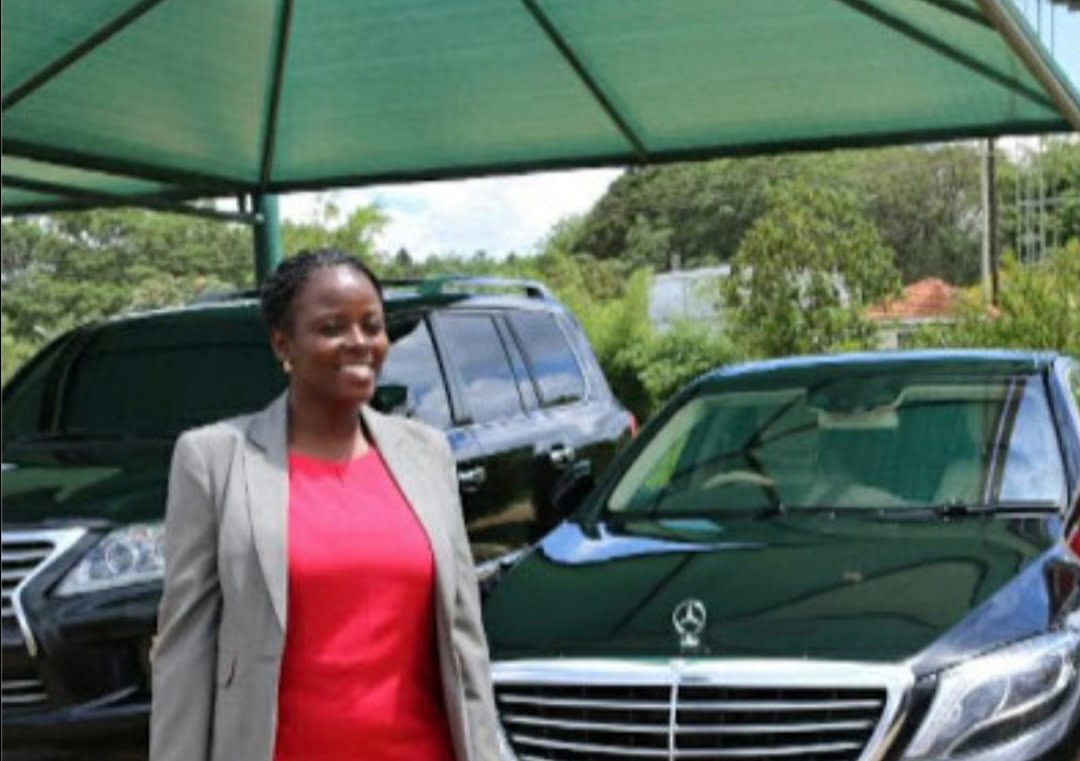 Everlyne Kamau, she is said t be the one investigators tracking Waiguru’s millions should go for

In 2020, the recent happenings in Kirinyaga county has brought a sharp limelight to the cat with 9 lives. As Kabura was mentioned in NYS part 1, Pauline Kamau is mentioned in the looting of Kirinyaga.

Though one thing most people don’t know, Pauline, just like Kabura before her, will lead investigators on a wild-goose chase. The real players are faceless, but today we uncover their faces.

Meet Everlyne Wangari Kamau, daughter to Pauline Kamau who is alleged to be the face behind the faces.

A source whispers that Everlyne Wangari is the sole beneficiary of NYS cash and is always at Waiguru’s house.

“She used to be Anne’s PA during campaign not Pauline. She worked for Anne in 2017 before she decided to be behind the scenes. She drives a Mercedes KBL and is always seen around Lavington and Kilimani. Hangs out at high-end restaurants”, the source wrote in part.

The 28 years old reportedly owns property in Kirinyaga and is very close with Anne Waiguru’s friend, Monica Kanari who also received NYS cash some time ago.

More details emerge that Everlyne likes to go on vacations and loves a flashy lifestyle, unlike her mom who ‘hides’ behind a ‘normal lifestyle’, driving around a Toyota Lexus (pictures below).  Obviously if you have all that money and close to power and ‘your connect’ is ‘above the law’, what do you do? Go on vacations. live flashy.

“It is unlikely that investigators will ever evidence against Waiguru through Pauline. They should instead go to Everlyne’, the source says. 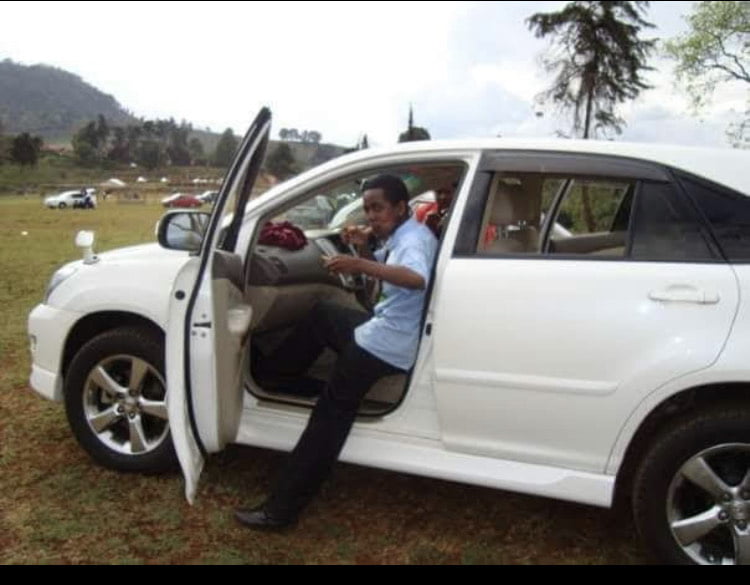 Everlyne Kamau, ladies and gentlemen, also owns a Penthouse apartment in Clermont court, Lavington (we have photos) which was acquired in 2017 with campaign money. 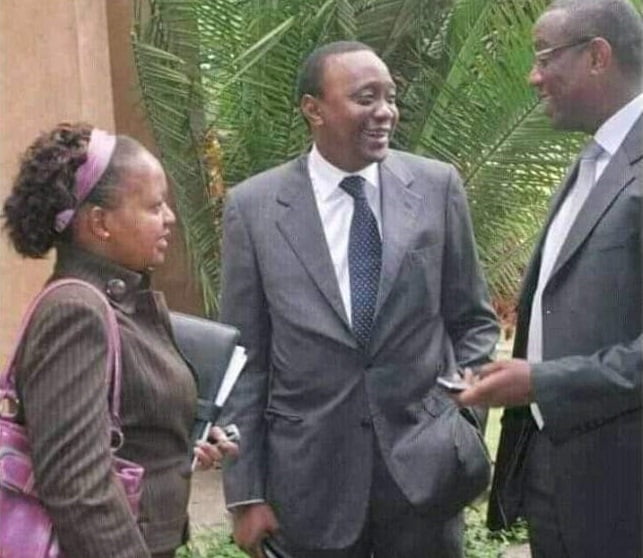 Young Anne Waiguru as an intern in the ministry of Finance where Uhuru was the minister. With them is the late Juja MP George Thuo