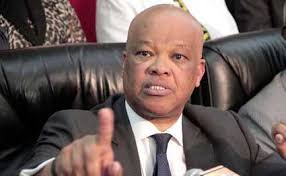 REF: LOSS OF 1,000,000,000 (ONE BILLION) AND PROMOTION OF IMPUNITY AT KENYA PIPELINE WITH YOUR KNOWLEDGE

I hope this finds you well. I do not need to state why you were appointed to KPC but the key responsibility was to ensure that state resources are well utilized and ensure vision 2030 is achieved. The president has been so keen to end corruption but one wonders why all other parties are not helping him achieved this objective.

To be brief sir, it really disappoints that you as the chair of the board is abetting corruption by promoting it with the company, and promoting the cartels of internal staff that have led to losses of even bigger magnitude than NYS.

Sir do you know these companies.

To brief you if you don’t have the facts. This company was awarded a tender to supply hydrant pit valves for the JKIA airport at a cost of USD 6,400,000 (Ksh 600,000,000) the company was paid a down payment of 40% and money was cashed at National Bank Times tower branch. This was done before delivery of items was done. (abuse of office). The issue was reported to EACC and recommendations made to ODPP to charge all people who were involved.

To date since august people have not been charged because of corruption even in the bodies entrusted to undertake the fight. The prices were exaggerated to tune of USD 5,000,000 (500,000,000). KPC lost over 500 Million

On the 10th of August 2015 EACC communicated to KPC that the issue was under investigation and were awaiting for communication from ODPP office.

Sir all the communications from Aero Dispenser Limited Purporting to have been granted agency were all fraud. Confirm with CLA-VAL of Canada who are the manufacturers.

The company is a brief case company claiming to have an office at development house room no. 6. Explain to any Kenya who can give a briefcase company be awarded a contract of such magnitude without doing some due diligence on the same..

Why was money cashed at National Bank on a Saturday?

Aero Dispenser has never made any returns with KRA. Confirm! So the government not only lost money at KPC but taxes were never paid.

Mr Stanely Manduku who you have suspended gave a legal opinion with the then ag. Md Flora Okoth that the remaining balance of Ksh 350,000,000 should not be paid as the entire transaction was an illegality.

But sir all the staff who part of the transaction you have promoted them.

This issue was also raised by Robert alai a known blogger but to date nothing has happened.

Sir its high time you raise above issues and ensure all people who made the loss of tax payers money are punished but not promoted. We are all accountable but the action by you board reveals otherwise.

KPC lost this money from this company. They purported to have agency from Wrapmasters of USA. They sold composite sleeving materials at inflated prices a fact which was presented to your board.

The company was also paid an advance of 40% and money cashed at National Bank Time tower branch. Total Abuse of Office by your officers.

The same company has an office at Development house which does not exist.

The company has never made any returns at KRA. This was purely fraud of Tax payers money.

Sir its high time your board operates as should be to ensure taxpayers money is safe guarded but not looting of government funds under you watch.

Sir don’t punish innocent people while your are promoting impunity and corruption cartels at Kenya pipeline company. We know you are an honest and diligent person. Live to the ethics that’s you uphold to. Don’t punish Innocent Kenyans. All they did was to safeguard Company resources but since the corrupt cartels don’t want them at KPC that’s why you suspended them.

Secondly don’t over look the loss of money. Its tax payers money and any person who contributed to the loss should be held to account and promote the people of good virtues.