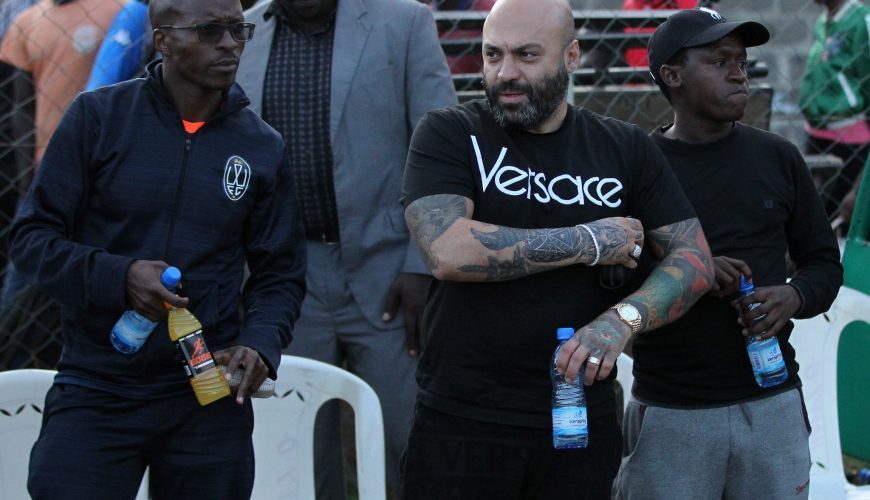 Wazito FC owner Ricardo Badoer took to social media to scold his team’s players after yet another poor performance and defeat in the National Super League.

Through his Twitter handle, an angry Badoer accused the team he acquired in December last year of letting themselves down and lacking “heart and balls”.

In December, immediately after officially taking over, he promised to heavily invest in the football club make it the best in Africa.

Currently, Wazito sit third in the National Super League and have only managed one point out of a possible nine in their last three games.

I had two fucking neck surgeries in 24 hours!!!! I could do better then you fucking fuckers!!!! how you guys keep letting yourself down I do not know. You do not have heart or balls!!!! You are fucking lucky I am stuck in Dubai… As Soon As I am cleared I will be in Nairobi

Two open neck surgery in less then 24 hours and I still kick more ass then our wazito fc players. You guys should just go to sleep pic.twitter.com/Kl1YzmMeXy

When questioned on his controversial choice of words which many found “offensive”, Mr Badoer said he does not like losing his time and money on poor players and that he had no time to “chill”.

In a response to Carol Radull who called him out over his language, Badoer said his anger was out of his passion to make Kenyan football as good as European football and creating employment for Kenyans while at it. 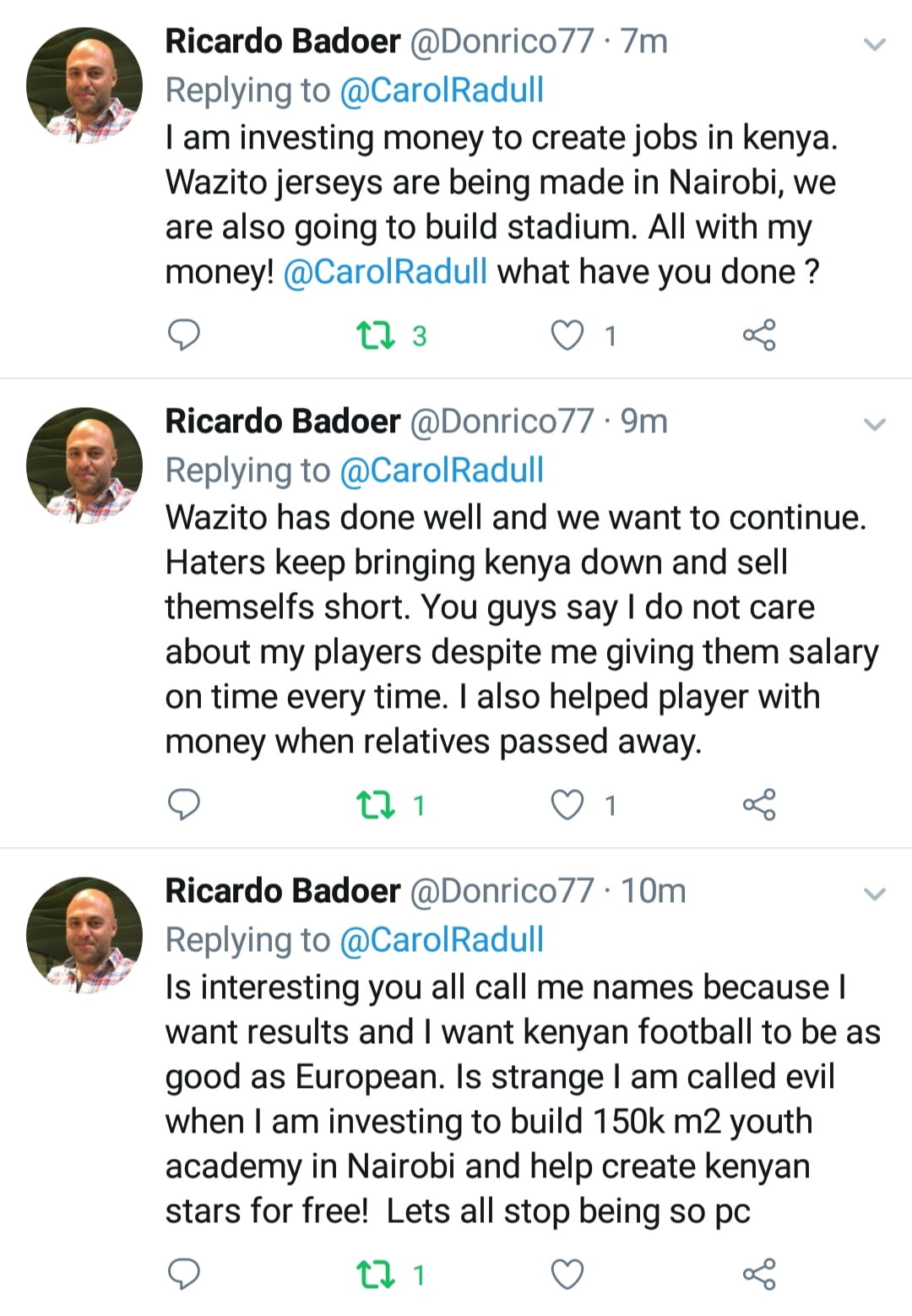