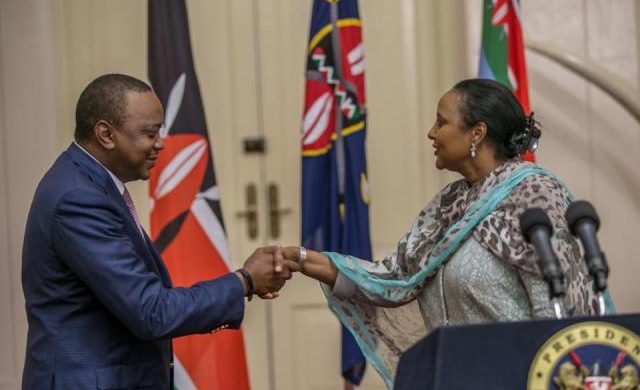 On Friday morning, Kenyans were hit with the news that Uhuru Kenyatta had conducted yet another reshuffle in his cabinet and several state departments.

Ambassador Amina Mohammed was moved from the Education to the Sports ministry as Professor George Magoha is set to take charge of her former docket.

Other changes included re-assignments in various state departments including the Ministry of Health, the State Department of Co-operatives, Environment and Forestry, Labour, East African Community Affairs and Wildlife. 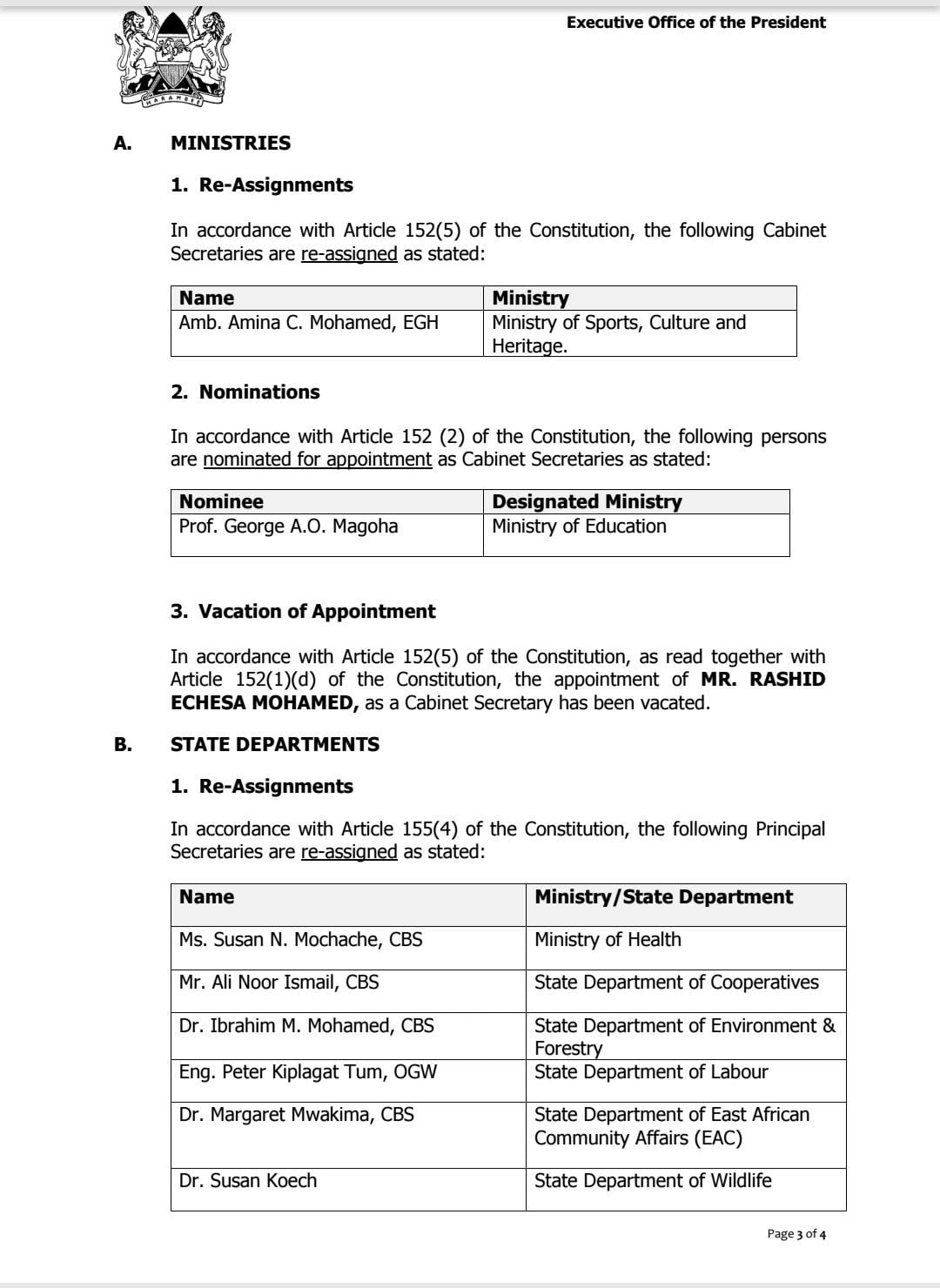 Following these developments, Kenyans on social media were quick to react, with a lot of attention being drawn to CS Amina’s appointment in the Sports docket.

This is what some of them had to say.

Amina Mohamed has been named the new Sports CS replacing Rashid Echesa who replaced Hassan Wario. Dear President @UKenyatta, Just spit balling here but maybe you could try and appoint a Sports CS who actually has a background in Sports and see how that works? #CabinetReshuffle

You fire Rashid Echesa then take a fat, clueless, tactless and lazy Amina Mohammed to head sports. You really hold sportsmen in this country with so much contempt. They only deserve complete nincompoops? Ok!!! Amina arudishe nyumba za NSSF near State House pia. #CabinetReshuffle

You fire CS Rashid Echesa but leave the President’s PA Jomo Gecaga. Jomo is the head of wash-wash in the country.

These other conmen are just his students. We must fight corruption if we are really serious. Let’s not pretend. #CabinetReshuffle

I don’t think the President and/or the government takes this Sports Ministry seriously, but hey, I could be wrong. #CabinetReshuffle

RASHID ECHESA's only claim to fame was that he was a sycophantic fool. So sad that he's been used and dumped like a bad habit. I don't consider his firing as part of decisive response to war on graft.#CabinetReshuffle

And it finally came to pass. It is a good thing to respect elders. #CabinetReshuffle pic.twitter.com/sneVCcPsC8

We think someone who cant understand the youth enough to educate them properly will somehow treat the youth better when it comes to sports. #CabinetReshuffle

What do you think about the President’s latest reshuffle? Tell us in the comments section.