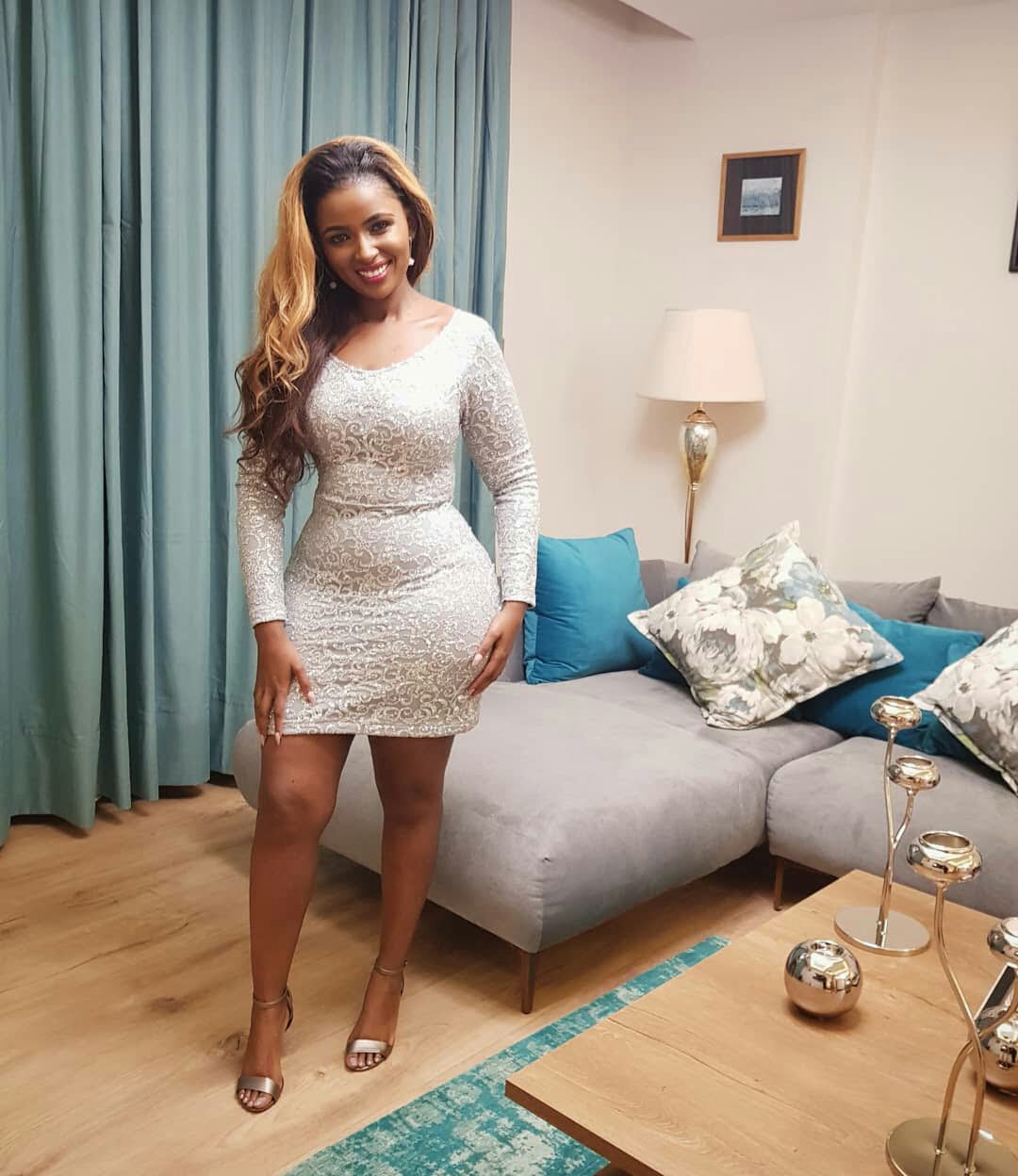 CAPTION: Anerlisa Muigai. Evidence shows that she is trying to abscond a debt, contrary to the high life she displays on social-media.

For the last few months, the Internet has become inundated with displays of wealth and opulence from the lady media refers to as “Keroche Breweries Heiress”, who many have come to adore due to her long motivational quotes on social-media.

But alarm bells started ringing on some day last month, when she threw an all-white birthday party. What was shocking was the guest-list, which included largely socialites, comedians and media personalities. These were clearly people she has only recently come to interact with, so question marks were raised on why she doesn’t seem to have any childhood/genuine friends.

Because these media socialites largely gravitate around situations where they will directly benefit. They’re incapable of forming genuine friendships and are unreliable people for any sane person to surround themselves with. I digress.

In the month of September 2015, the lady by the name of Anerlisa Muigai, the highly visible face of Keroche Breweries, approached one of Nairobi’s most prominent loan-advancing companies desperate for a financial bail-out. 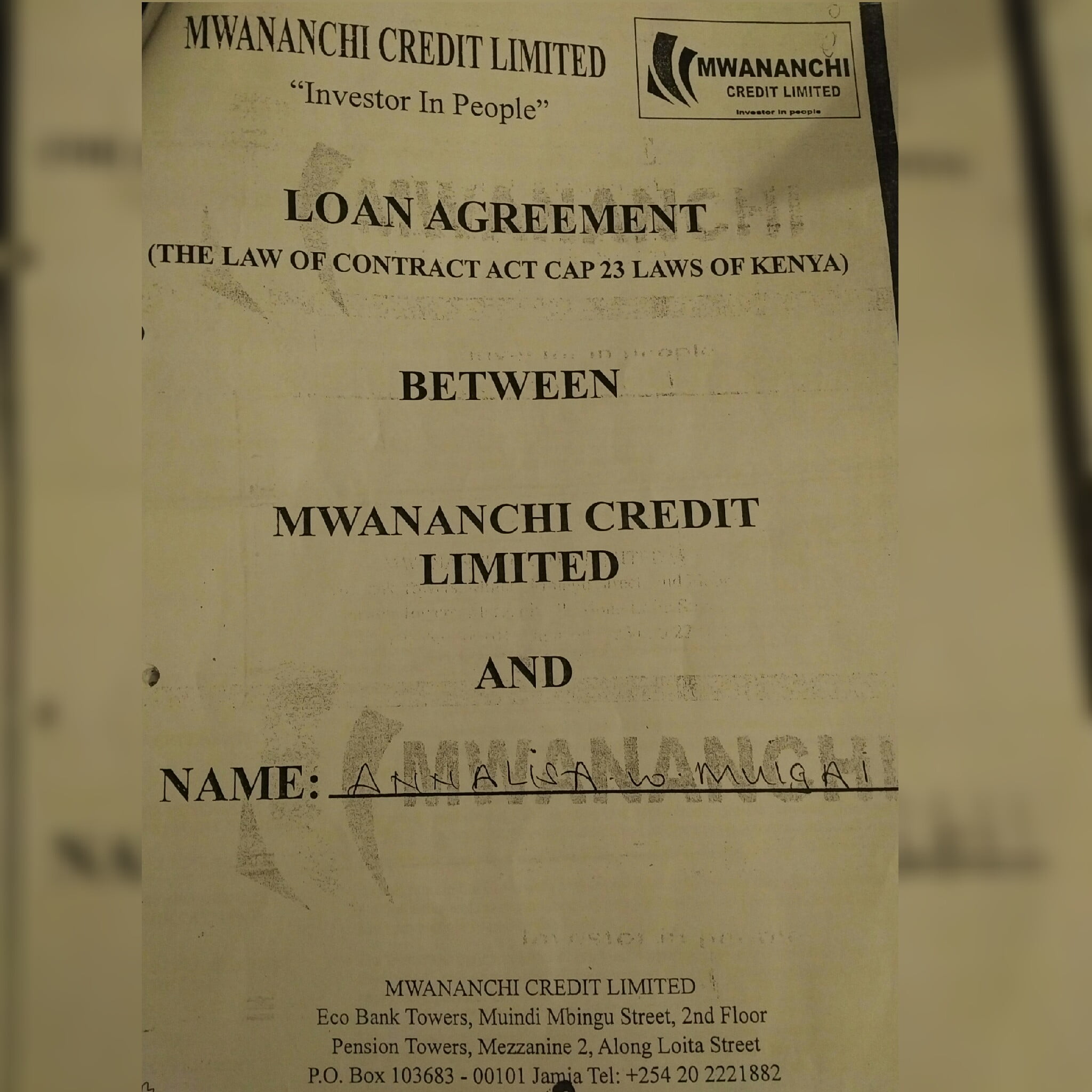 CAPTION: The cover of the loan agreement between Mwananchi Credit and Annalisa Muigai.

The reason she fronted was that her needs were of an urgent nature, following the usual withholding of her imported goods at the Port of Mombasa, by the Kenya Revenue Authority (KRA). To the financiers, it seemed like a pretty legitimate occurrence, one that they’ve encountered numerous times in their daily routines.

Even more convincing was the fact that she is a business person of repute, hailing from a very prominent family renowned for their entrepreneurial exploits. In the financiers mind, it never occurred that the Karanja family would struggle to repay such a “small” debt.

Around the same time, Anerlisa Muigai had embarked on a “fitness” regime where she wanted to battle her obesity which had started to pose a health risk. Via mainstream and social media, Anerlisa became an overnight celebrity following her journey through weight-loss, inspiring many women to hit the gym.

Anerlisa approached Mr. Dennis Mombo of the Wananchi Credit Limited, whom she had known for a duration of time.

On 9th September 2015, Anerlisa applied for and was advanced Kshs. 5,500,000.00 which she undertook to pay in one (1) week and at an interest rate of 10% on the principal sum. But come 16th September 2015 when Anerlisa was supposed to pay the 5.5m (plus 10%) interest, she informed Mr. Mombo that the goods she had imported encountered unforeseen delays and demurrage charges. 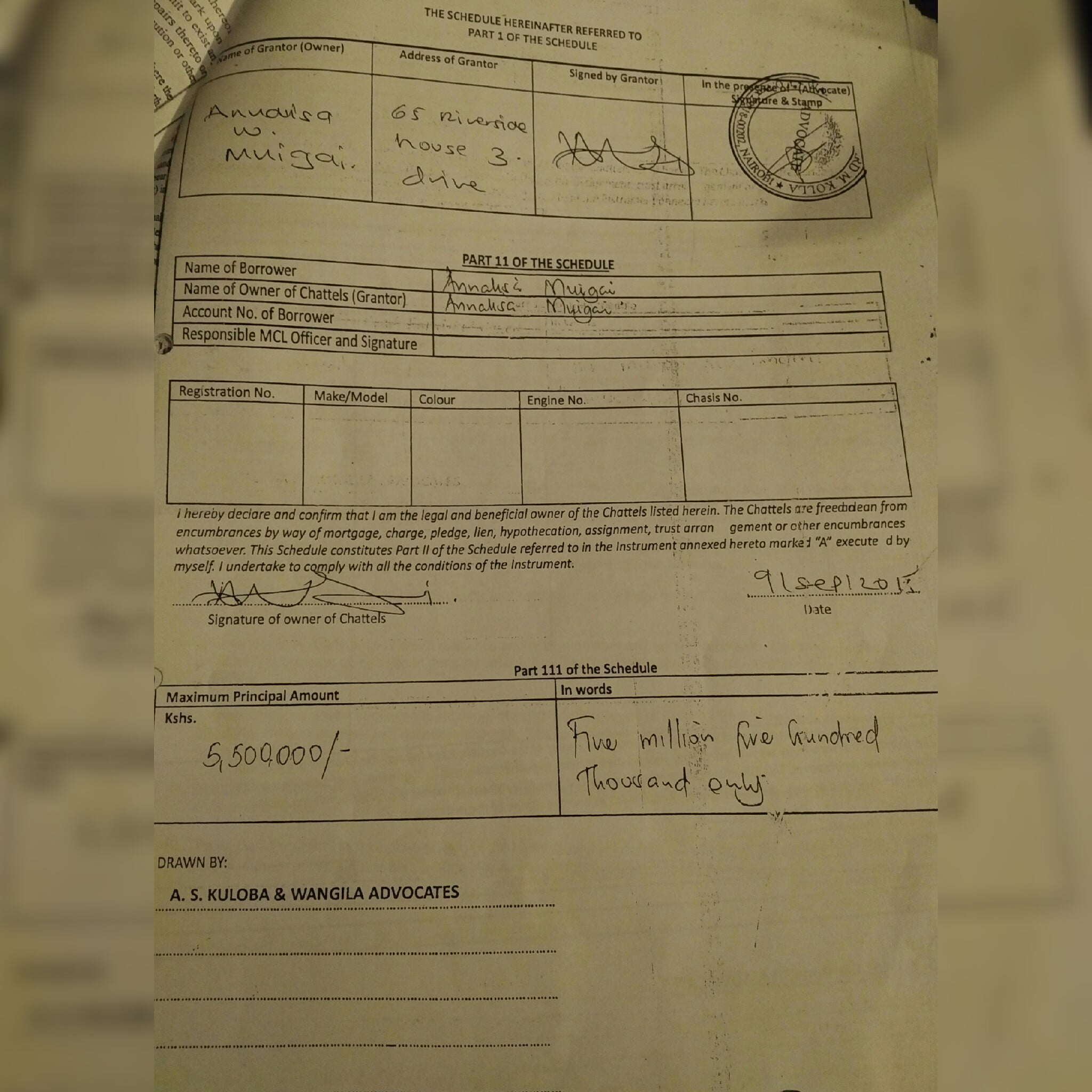 CAPTION: The 1st agreement for the 5,500,000.00 with her signature. Seems like her name is actually Annalisa.

Anerlisa then asked for a further Kshs. 4,200,000.00. On this particular advancement, the interest was renegotiated to 5%.

As security, Anerlisa left a Range Rover Evoque with Mr. Mombo, registration number KBU 509R, stating that it was hers and that she would repay the total amount 2 days later (18th September 2015). With both advancements, Anerlisa wrote several cheques in favor of Mwananchi Credit, as further collateral.

On 18th September, Anerlisa then failed to come through with the payment and claimed to be held up in the Coastal town of Mombasa, clearing the said consignment.

Believe it or not, with no honor or shame, Anerlisa approached Mr. Dennis Mombo yet again, and to his dismay, she wasn’t paying off his debt, but to borrow yet another colossal sum of money, using the same fabricated story of goods accumulating demurrage. With tears in her eyes, she was almost kneeling down in his office, asking for more money. 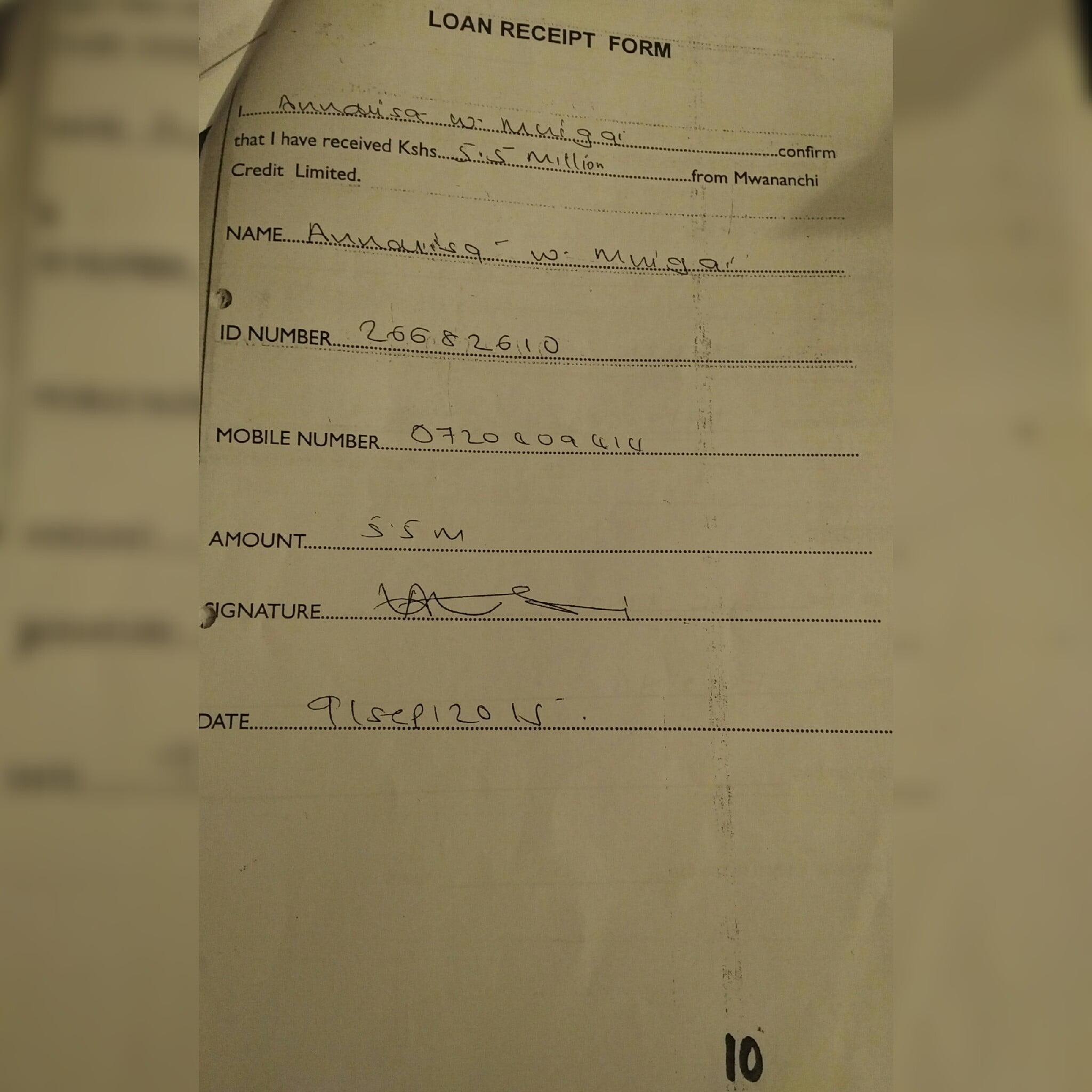 CAPTION: All of Annalisa’s details are captured in this document. One of three.

Being cautious, Mr. Dennis Mombo became hesitant because her account was already in the red. But to commit herself even further, she game the financiers another vehicle, an Audi Q7 registration number KBX 888N.

Stay tuned to this website as we give the second part of this intriguing story of the lady who went from grace to grass. From most loved, to most hated. She is the poster-child of Nairobi’s toxic society where people live beyond their means, and do it for the gram.

Kenyans should not allow themselves to be manipulated by the images being uploaded on social-media because it is largely a facade.