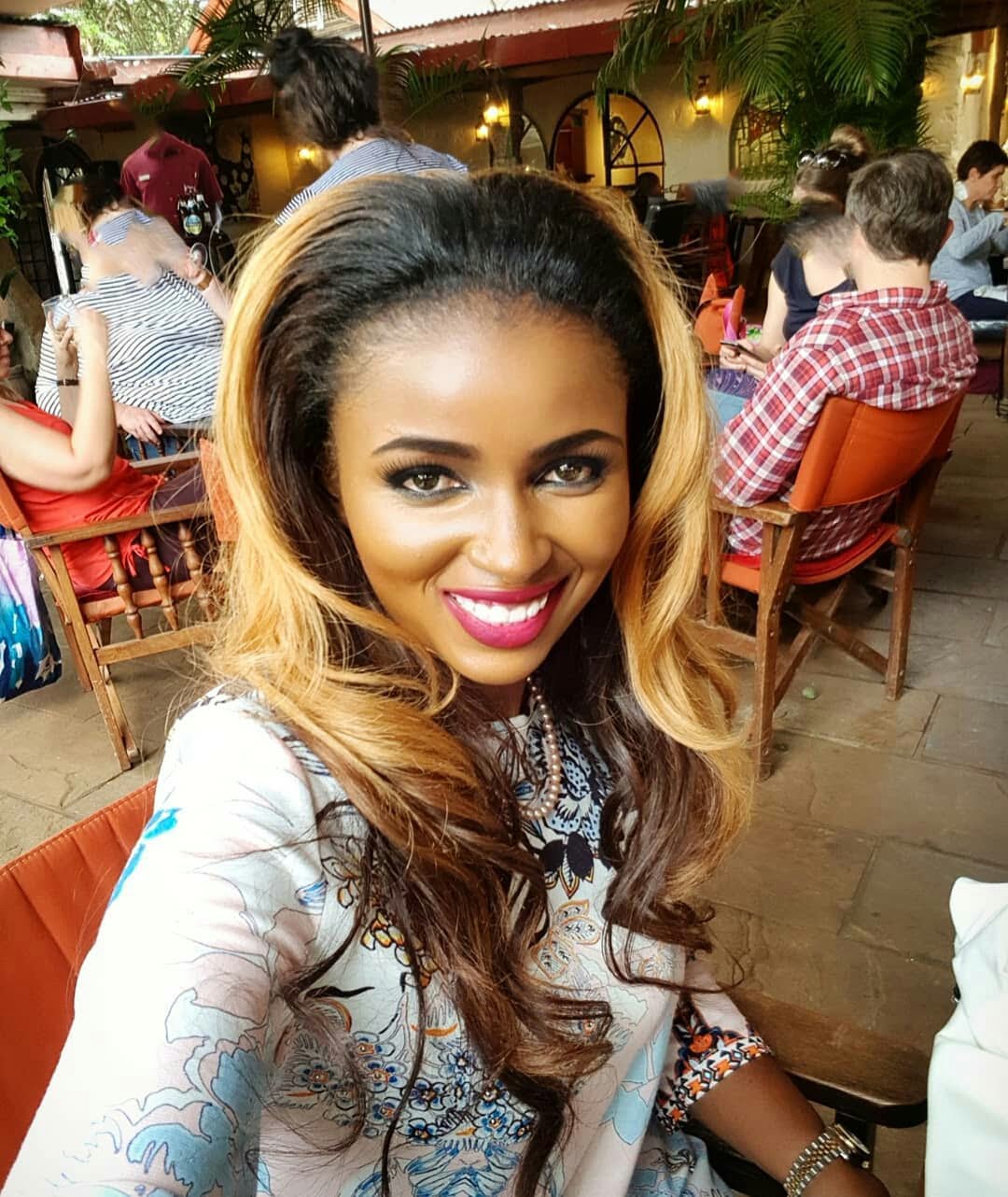 As we continue serializing the unfortunate incidents surrounding the loan advanced to “business mogul” Anerlisa Muigai, it is important to note that the relationship between Dennis Mombo and her was one of utmost transparency and good faith. That’s why it was easy to for him to advance her the money without a second thought.

Anerlisa (real name Annalisa) is the woman who took the Internet by storm after transforming herself from an obese drum into a lady confident enough to post thirst-traps on social-media. Bootleg intellectual, Konza City illusionist and Government mouth-piece Bitange Ndemo is now attempting to be the next Anerlisa by posting his unsolicited weight-loss journey. As if anyone cares.

One fateful morning a month after the expiry of the grace-period, Mr. Dennis Mombo received a phonecall from the dreaded “Flying Squad” unit, summoning him to their offices where they were apparently investigating the case of a stolen vehicle KBU 509R, one of the vehicles that Anerlisa had provided as security.

At the Flying Squad offices, Mr. Mombo was informed by the police officers that the Range Rover Evoque KBU 509R was, in fact, Anerlisa’s mother’s company car, and that it had been reported stolen and traced to Mombo’s yard, who was given an ultimatum of either producing it, or face charges of handling stolen property. 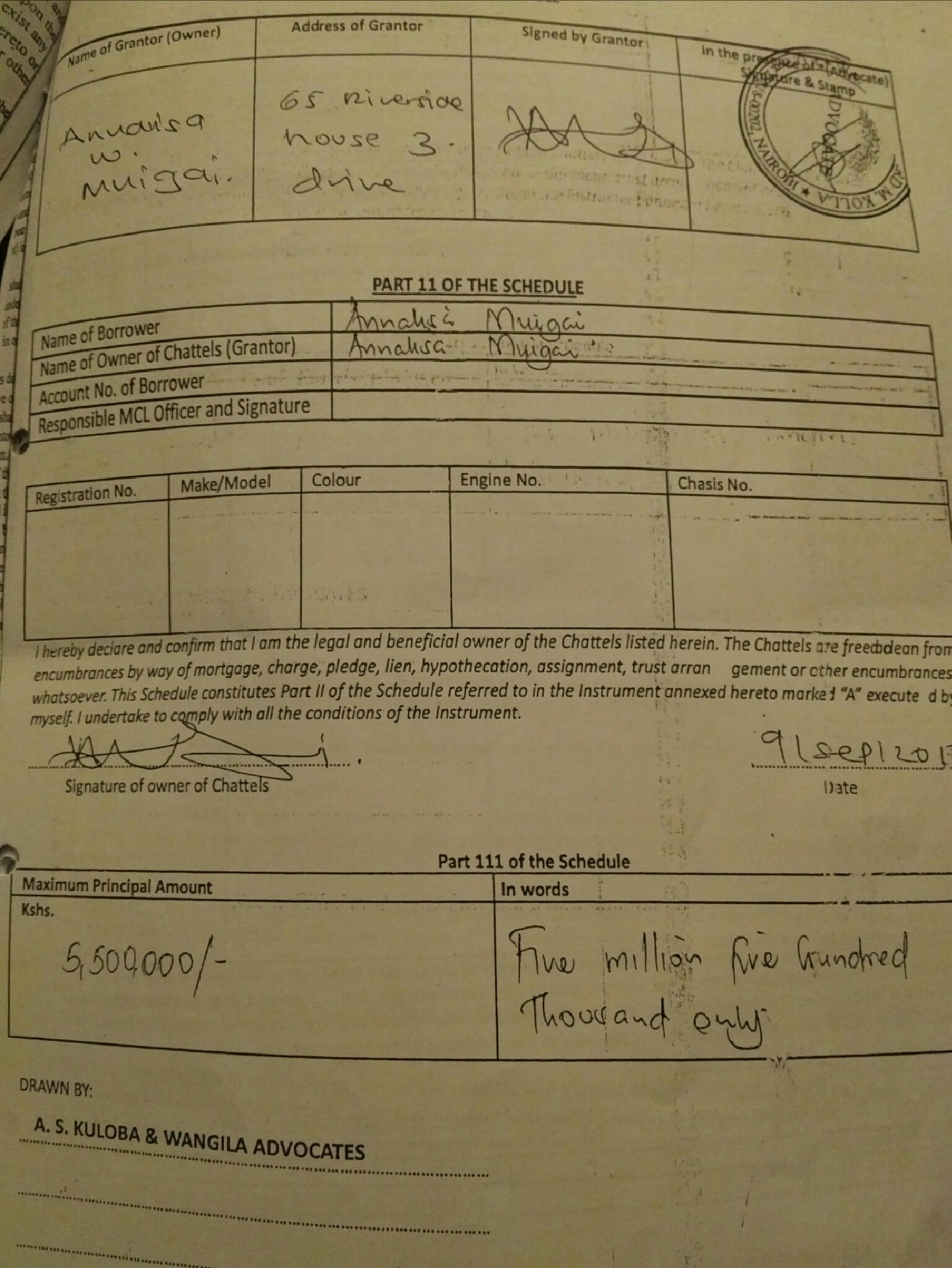 The Kenya Police are famed for working at the behest of the ruling or corporate elite and the speed with which they pursued the matter, showed that there was influence from higher up.

For instance, despite knowledge of the whereabouts of a corrupt lawyer Albert Ondieki Mokono who defrauded an unsuspecting Kenyan Kshs. 5.5 Million, the same Police have refused to arrest him after being bribed using the same monies. Justice in Kenya is for sale and to the highest bidder.

Moving on, Mr. Mombo’s attempts to explain to the Flying Squad officers the circumstances under which he acquired the vehicle, were futile as the vehicle was reportedly registered in the names of Tabitha Karanja and not Anerlisa Muigai. Meaning that Mombo was only left with the Audi Q7 registration number KBX 888N that Anerlisa had provided as collateral for the Kshs. 3.3 Million, which cannot be sold to recover the money because he doesn’t have have its logbook.

By the way, isn’t it weird that Anerlisa’s name is Muigai and her mother’s name is Karanja? 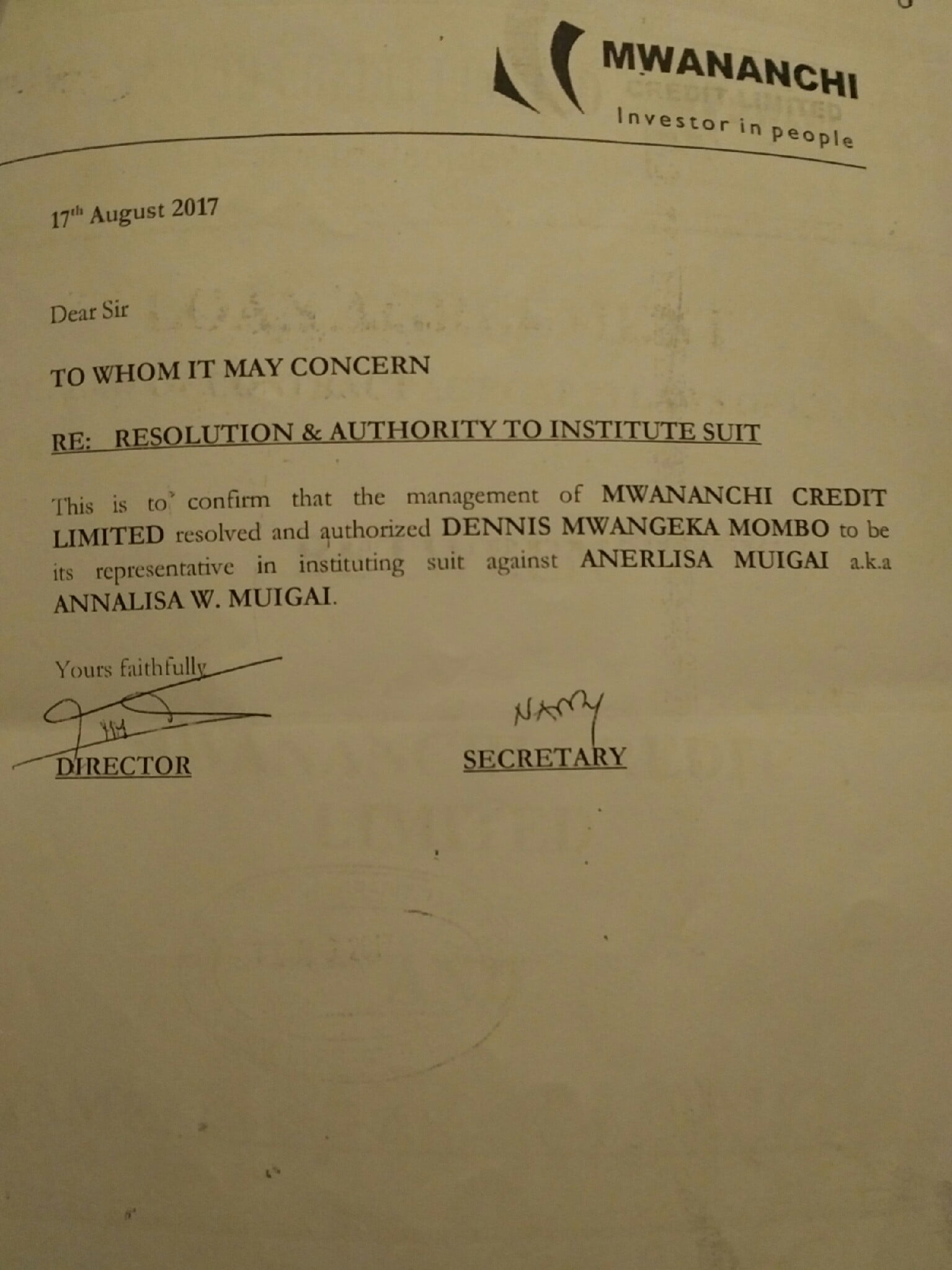 In court documents, Mr. Mombo explains that other than the Kshs. 346,000.00, Anerlisa has not paid a penny more and has become elusive and non-responsive to requests for negotiation or reach a settlement.

Due to these continued elusive tactics, Dennis Mombo was forced to send demand letters and a notice of intention to sue back on 14th July 2017 at her Nero Company Limited offices along Riverside Drive.

Is Anerlisa one of the biggest scammers of our time, following in the footsteps of established crooks like Kamlesh Patti, Gilbert Deya, Gilbert Donde, David Gakuyo, Heshan De Silva and others? Because these circumstances aren’t adding up. The images of her on social media, plus this reality of mounting debts, don’t connect. 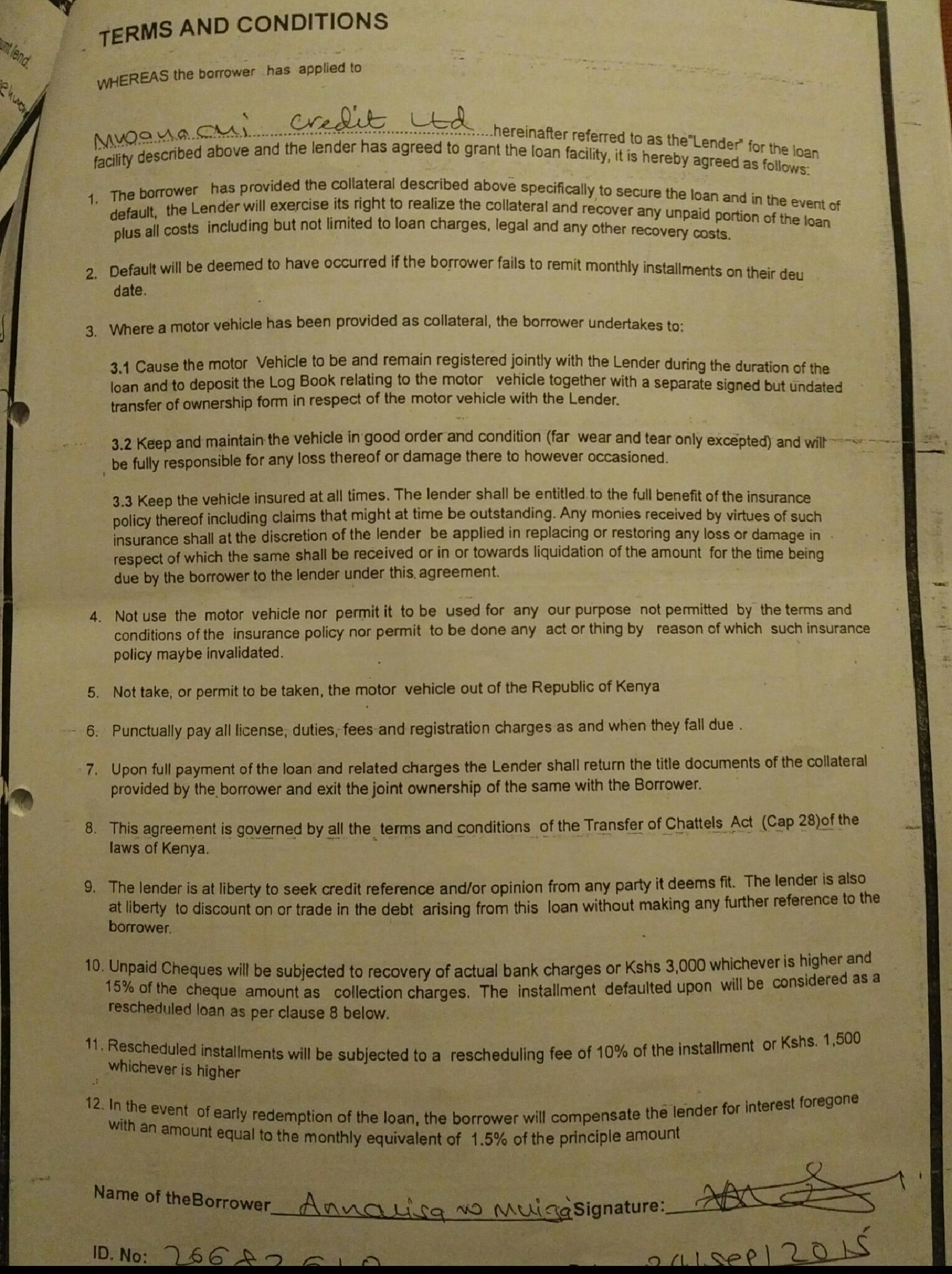 Is this the life that Kenyans are living today? Are you doing it for the gram? Are you blowing money that you don’t have in those pricey Galana Plaza restaurants? Are you faking it till you make it? Even worse, did Anerlisa probably use this money to go for her gastric bypass and/or liposuction? Because those procedures are extremely expensive.

I’d hate to imagine the distortion Anerlisa’s social-media bombardment has caused unto mentally unstable women aspiring to live the high-life. The women of the standards-bandwagon who cannot let their boyfriends sleep in peace while trying to keep up with the Keroche’s.

Snap out of it Kenyans! Social media is a facade.

In the 3rd and final part of our expose, we will provide all the documents bearing Anerlisa Muigai’s rather sloppy hand-writing. We will provide her ID Card, Passport Details and even her PIN number, just to prove the authenticity of the matter. In some documents, she lists her mother as her business partner in associated companies category, just to add weight on the application.
The ball however, is in Anerlisa’s court.
Would you like to get published on this Popular Blog? You can now email Cyprian Nyakundi any breaking news, Exposes, story ideas, human interest articles or interesting videos on: [email protected] Videos and pictures can be sent to +254 710 280 973 on WhatsApp, Signal and Telegram.