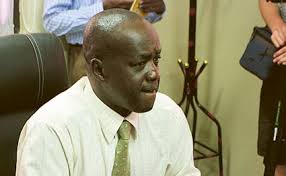 There is big trouble at the Standard group that has now retrenched 90 workers . More workers are expected to go  . According to sources 300- 400 People will be Retrenched . So what is going on ? The Standard media group calls it restructuring and cutting costs but  many Kenyans are seeing mismanagement and Impunity .

Rumor doing the rounds is that the  Standard shareholders are planning to replace Sam Shollei who  may run down the once profitable Group . Shollei has been accused of using the Standard media group to fight the Judiciary after his wife was kicked out .  But some industry players have argued that the standard and Nation media group should invest in Digital advertising because many companies are shunning Print  adverts .

So, when did trouble start at the Standard Group . One Blogger  Complained many months ago, If only something was done

Here is an article that will give you an overview .