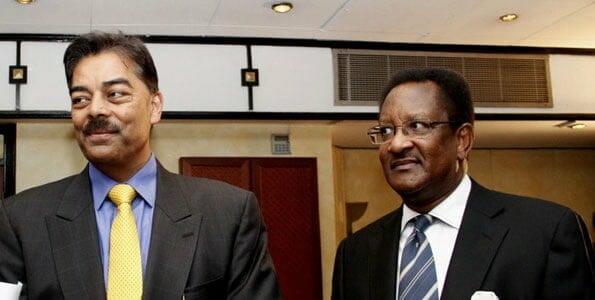 At very short notice, Jennings then organised the finance for Cedarsoc via a consortium of international financiers including Renaissance Partners for the amount US dollars 62.5 million. The debt was secured against the land titles of Tatu City and the other farms of Socfinaf.
The company’s name was changed from Socfinaf to a public company known as Kofinaf Co Ltd. Jennings and his offshore investors as foreigners could not own agricultural land in Kenya and therefore Nyagah being a local partner volunteered to provide a number of nominee shareholders who would hold their single shares on behalf of and in trust for the beneficial owner CedarSoca Mauritian holding company.
The shareholding structure of Kofinaf Co Ltd as set out in the current available at the companies registry in Nairobi states that Nyagah does not hold any shares. Nyagah was appointed chairman of the board of directors at Jennings’ absolute discretion as the controller of the majority shareholder.
It appears that the principal reasons for this appointment was that he had hosted the foreign investment consortium led by Jennings and had convinced them of his probity as a local partner.
Originally, according to Kofinaf’s complaint, the local partners were afforded a 50pc shareholding in Cedarsoc and their Mauritian special purpose vehicle was called Manhattan Coffee Investment Holdings. The investment thesis was that CedarSoc would repay the loan of US dollars 62.5 million as soon as possible by selling off some of the farms. This did not happen as planned as Stephen Mwagiru placed illegal caveats on the land titles in order to defraud the other partners including the foreigners.
While Kofinaf Co Limited could not sell farms because of Mwagiru’s actions, the loan repayments that were due from the lender (CedarSoc) and/or its guarantor Tatu City Limited were made by the complainant Jennings and his other foreign investment consortium.
Norman Nyagah, former MP Kamukunji, has been accused of interfering in the matter protecting anybody from the side of Nahashon Nyagah.