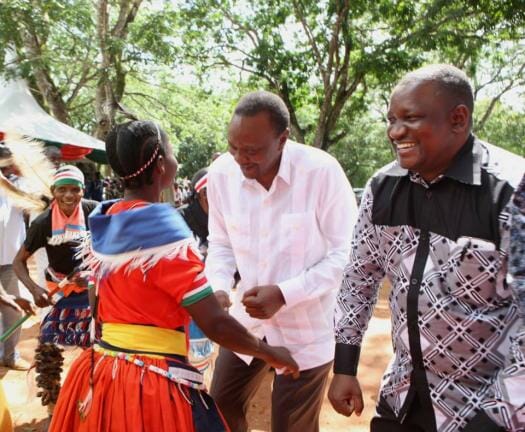 Kwale governor Salim Mvurya and MPs from the county are walking a political tightrope as the clock ticks towards the next general elections.
A survey reveals that voters are disgruntled and unhappy with the management of governor Mvurya and the MPs who were all voted in on an ODM ticket except one. However, analysts believe that Cord is still the party of choice in the county.
Mvurya is being accused of discrimination in employment opportunities where it is alleged he favours his Duruma community to land lucrative posts in the county government at the expense of the majority Digo, Kamba and other communities.
As a result, the Digos have vowed to join forces with the Kambas to teach Mvurya a political lesson come 2017 general elections. The soft-spoken governor is further blamed for failing to stand firm to ensure that residents reap maximum benefits from mineral resources in the county.
The residents claim outsiders stand to benefit from massive mineral wealth in the county at their expense due to governor Mvurya’s lack of political foresight. They say so far, the county chieftainship has not come up with strategies to insulate them against rogue miners. Najib Balala is cabinet minister for Mining.
The county is endowed with huge deposits of titanium, rare earth, uranium among many other precious stones. The county also has unexploited fishing industry, a port and tourism potential. However, poverty and unemployment are at their peak in the county.
The county is also home to the dreaded Mombasa Republican Council which is pushing for the cessation of Coast region from the rest of Kenya, accusing successive governments of marginalising communities from Coast.
The county has four constituencies namely Lunga Lunga, Msambweni, Matuga and Kinango. The MPs are Khatib Mwashetani, Suleiman Dori, Hassan Mwanyoha and Gonzi Rai respectively.
In Lunga Lunga, MP Mwashetani is under intense pressure to account for CDF expenditure. And recently, his chief campaigner Kassim Pojo who announced he would be opposing the MP come 2017.
Pojo who is MCA for Mwereni ward is said to be an influential political stalwart in the new border constituency. His decision to contest for MP in the next elections is a big nightmare to Mwashetani’s political ambitions. Sources say the MP’s camp has been forced to go back to the drawing board to craft a survival formula for now and 2017.
Pojo made the announcement to oppose Mwashetani recently during the finals of a football cup tournament named after him. The event was graced by Kwale senatorial aspirant Nicholas Zani who is also the Okoa Kenya Coast coordinator. Zani who is a younger brother of nominated ODM senator Agnes Zani has been the face of the Cord referendum push in the region.
In the last general elections, Zani gave former transport minister and now Kenyan High Commissioner to Tanzania Chirau Mwakwere and Kwale senator Boy Juma Boy a run for their money running on a Kadu Asili party ticket. Political pundits say even though he missed the ultimate prize, he made a name for himself and is currently a well know political figure who cannot be wished away.
Zani is also credited with the crafting of the Natural Resources Bill, which seeks among other things, to increase the benefits of host communities in mining areas.
And in Msambweni constituency, area MP Suleiman Dori complicated matters for himself after he decided to fight Mombasa governor Hassan Joho, his benefactor. Dori is among Coast MPs who joined forces with Kilifi North MP Gedion Mung’aro to fight Cord leader Raila Odinga and Joho. Even though he has since ‘repented’, sources say he is a marked man by the Joho camp.
An angry Joho had warned Dori and Mwashetani who is closely linked to William Ruto that come the next general elections, they will not see parliament as he would personally campaign against them. Sources say the Mombasa governor was bitter the two had teamed up with his political enemies to fight him.
It is said the Diani MCA Omar Boga is the man positioned to replace Dori. Boga who enjoys a network of hoteliers is well grounded politically, it is claimed. Another Kwale politician who is having sleepless nights as the clock ticks towards 2017 is county women rep Zainab Chidzuga, the mother of KTN anchor Mwanaisha Chidzuga.
It is said after Chidzuga went out of her way to discredit the Cord leader on Mung’aro’s advice, voters were unhappy and have been disrupting. She will be opposed in the 2017 general elections by Fatuma Masito. There are also those who are proposing nominated senator Zani to run for the seat. But with her sibling Nicholas eyeing the senatorship, it may not be well received by voters.
But in Matuga constituency, sources say MP Hassan Mwanyoha has been persistent in his support of Cord. Observers say that removing him will be a mountainous task. Among those scheming for the Matuga seat against Mwanyoha is Kenya Maritime Authority chairman Kitambi Digore. However, it is said it will be difficult for the URP operative to make a breakthrough as the constituents are mostly pro-Cord.