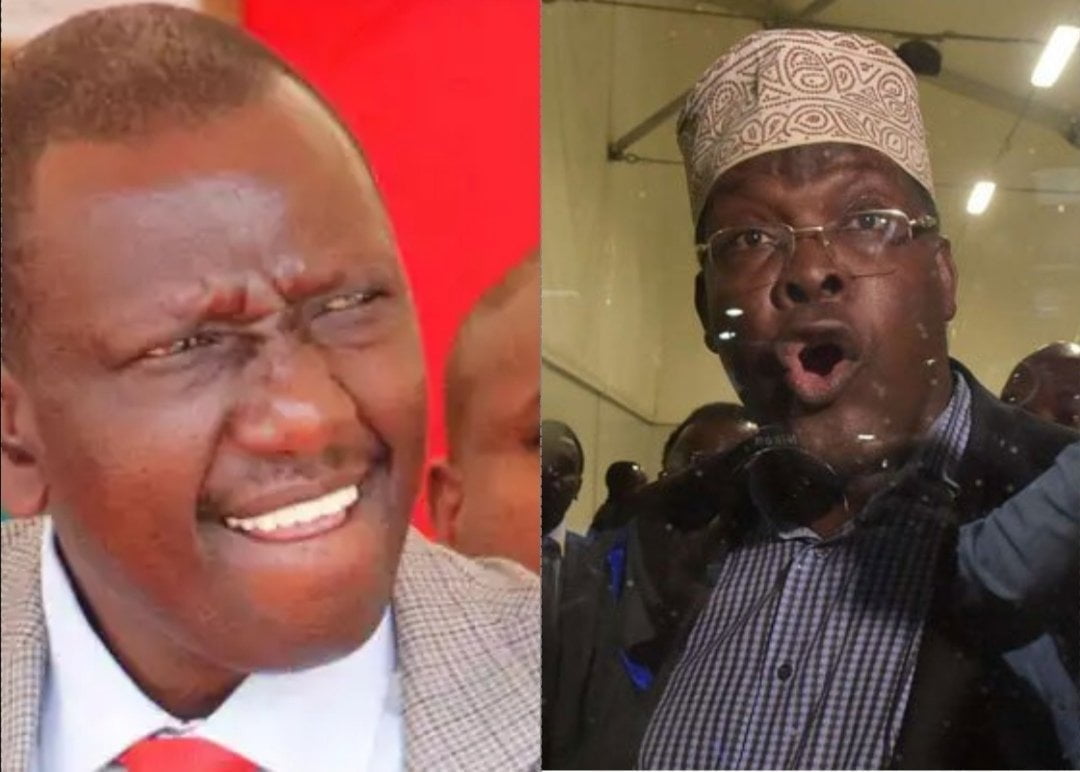 Deputy President William Ruto (Left), and the carrier of the hammer of defiance Lawyer Miguna Miguna

The exiled Canada-based lawyer and Kenyan Miguna Miguna is not a person who shies away from controversy.

Recently, he shocked many by claiming that Raila Odinga’s kids Fidel, Winnie and Junior aren’t his.

He went ahead and stated that Jomo Kenyatta never mounted Ngina to sire the worst president we have ever had, Uhuru Kenyatta. He said Uhuru is a product of another mans work, a Harun Muturi Njee.
‘In conclusion, Kamau Ngegi a.k.a Jomo Kenyatta, was past 75 years old and in jail in Lodwar when Ngina Muhoho became pregnant and later gave birth to Uhuru Muigai who bore a striking resemblance to Ngegi’s aide Harun Muturi Njee. Overthrow all the ILLEGITIMATE rulers of Kenya’, Miguna wrote on his Facebook and Twitter pages 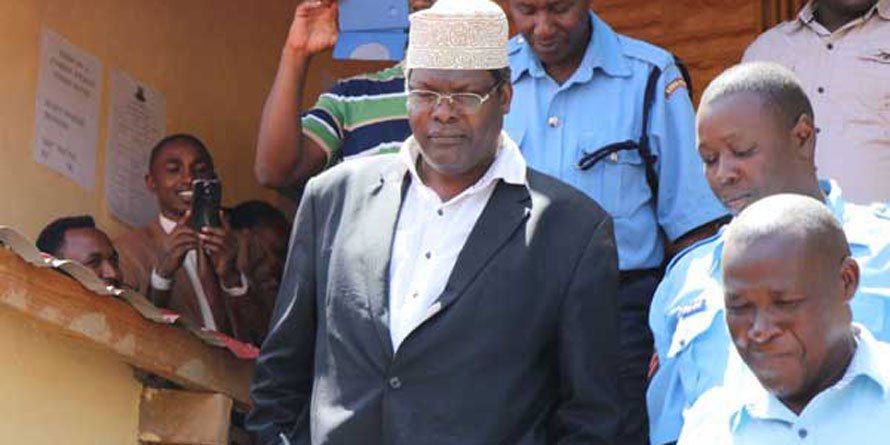 Miguna coming out of a court in Central Kenya after he had gone missing for days. Kenyan security agents had abducted him.

After the attacks, most netizens branded him a DP Ruto person.

Kenyans are very shallow, just because one attacks their person they are branded the friend to a rival. Kenyans have a short memory like chickens, they won’t follow through to understand and make informed opinions. Most think that one must always be sponsored by a rival. Even if one attacks Uhuru, Raila and Ruto on different days, they wont follow through and notice the consistency in condemning all the leaders. The day one attacks Raila, they’ll say you are a Ruto person, if the next day you attack Ruto, they’ll say you are a Raila person. Dimwit Kenyans. They think that all Kenyans are closed-minded.

The no nonsense politician has in the past said that compared to him, DP Ruto is inferior intellectually, politically ans strategy-wise.

Tomorow, Wednesday 23rd October, 2019, Miguna has promised to reveal secrets about Ruto. The lawyer states that, ALL DESPOTS MUST FALL:
On Wednesday, October 23, 2019, KRF’s REVOLUTIONARY HAMMER drops HAAAAARD on the 3rd despot, William Samoei Ruto. See you on Wednesday. Viva! 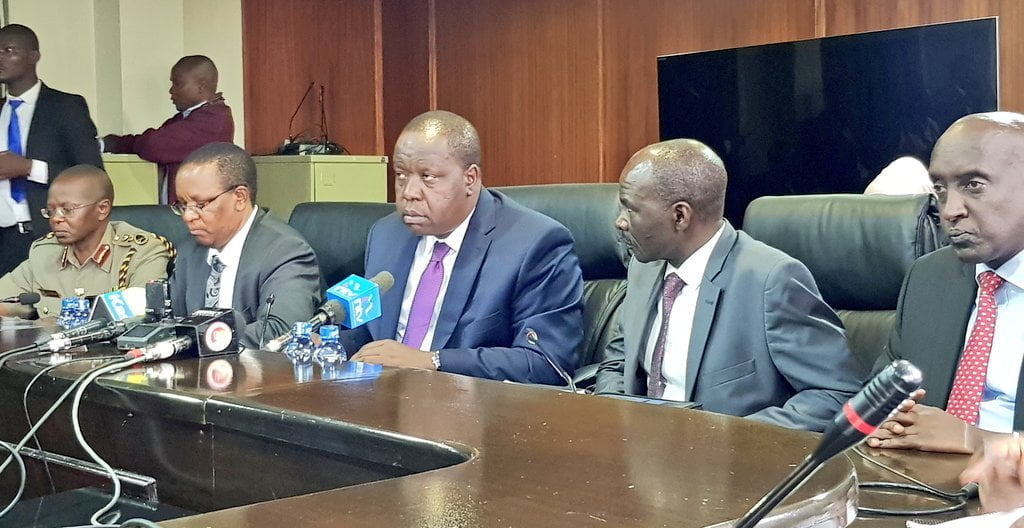 Miguna Miguna and his Exile

Miguna Miguna has been very consistent in calling for change in Kenya.

I too believe, that in the current dispensation, a regime change cannot heal the nation; cannot remove the powers of the cartels.

A good picketing, peaceful demonstration and incessant petitions is what Kenya needs.

At the beginning of 2018, Miguna was abducted by rogue Kenyan Security agents because of administering an oath on Former Prime Minister Raila Odinga. Miguna’s house was bombed, broken into and ransacked.

His whereabouts were unknown for sometime, but media pressure coupled by questions from Kenyans made the government to produce him later.

He was sedated and forcefully put on a flight to Dubai. A matter that bend so many laws of the country. The court stood with Miguna and ordered the govt to issue him with a new passport (his was destroyed during the abducted and sedation) and to return him to Kenya, but the subsequent officers at the immigration and interior ministries haven’t complied with any of the court orders.

When a new government takes over, Interior CS Fred Matiang’i, then Director of Immigration Gordon Odemo Kihalangwa must answer to this. There’s no law in the constitution written, ‘ orders from above’ and because every state officer of higher ranks as a cabinet secretary must sear to protect the constitution, for this reason then, the CS for Interior, and former and current directors at Immigration are breaking the law and must be held accountable when time comes.
Alexander Mutesh, why not issue Miguna with a new passport and allow him come back to Kenya?