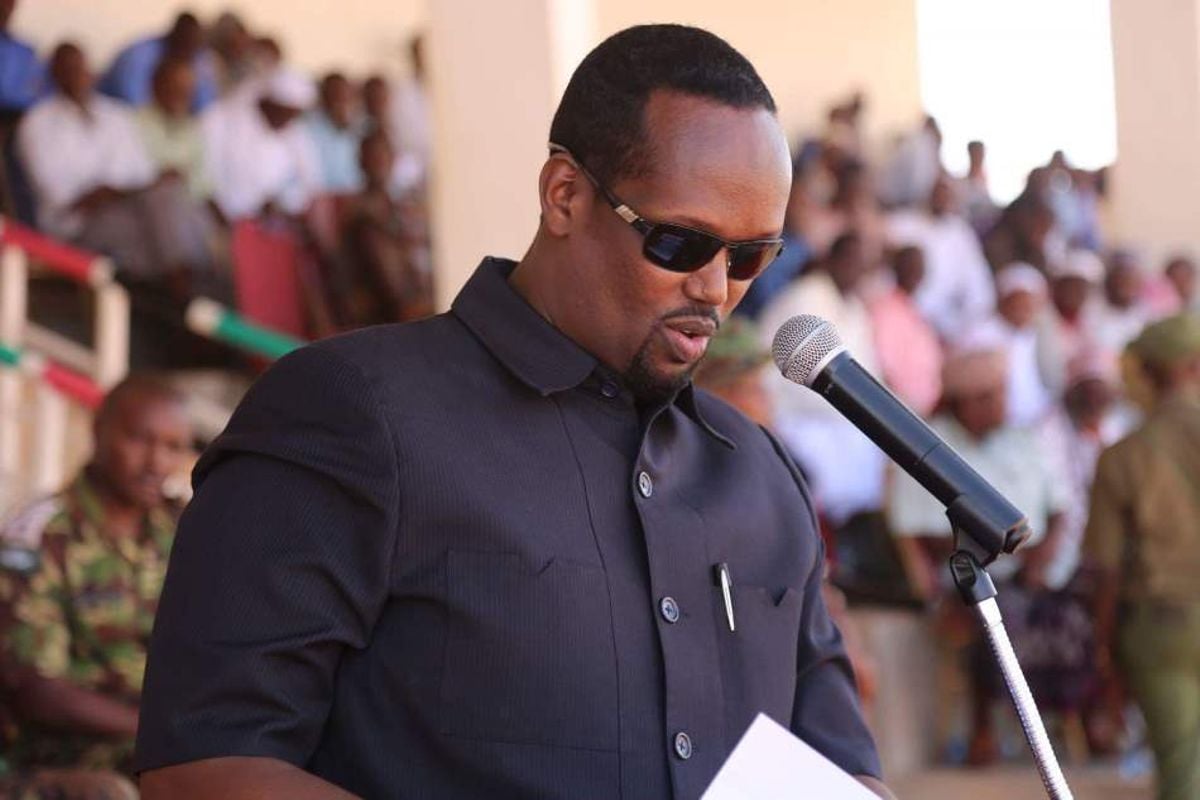 Governor Ali Roba of Mandera County is today on the spotlight for theft. The Ethics and Anti-Corruption Commission (EACC) is being inf called upon to investigate.

Though other governors from notable counties i.e. Kiambu and Nairobi, that is to mean Ferdinand Waititu and Mike Sonko have suffered and are ‘out of office’, Ali Roba continues to buy allegiance with looted funds from the county coffers.

Samburu Governor Moses Lenolkulal is also ‘out of office’ for irregular procurement and conflict of interest.

Sonko is barred from office for the irregular award of lucrative garbage tenders amounting to Ksh357 million where he also paid a firm associated with his close friend, ROG Securities Ltd. In total, the governor is said to have pocketed over Ksh20 million through proxies.

Waititu is ‘out of office’ for chewing hundreds of millions (over Ksh588 million) in irregular tender awards. He is also said to have bribed judges and MCAs.

Lenolkulal robbed Samburu County of over Ksh2 billion. In February, EACC released a press statement stating the county leaders formed companies that they used to award themselves tenders worth Kes. 700 million.

‘In other cases, contractors were irregularly awarded contracts worth over Kes. 1 billion, for works that were partly or never done, after which they paid kickbacks to top County Officers.’ The statement read in part. 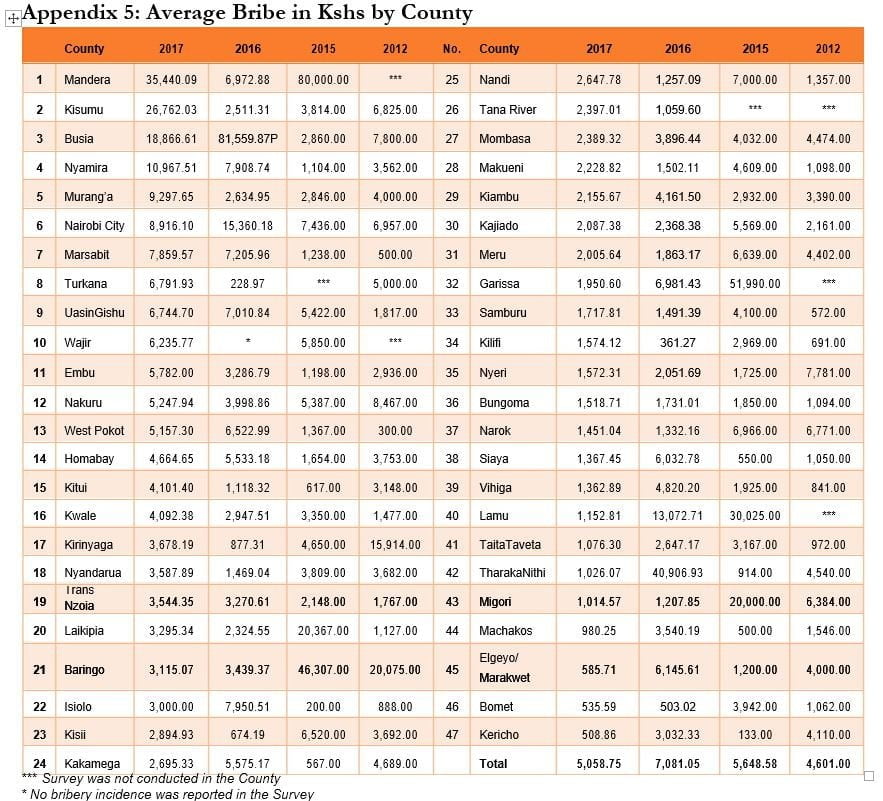 All the above-mentioned governors have been barred from office while Ali Roba, the man who has aided the culture of impunity to go on at the county continues to rule from his office.

In 2018, EACC through their annual corruption report termed Mandera as the county with the highest bribe amount at Ksh35,440.

In their 2019 report, EACC puts Mandera among the top ten counties where one is likely to pay a bribe.

In June 2019, EACC pitched tent at the offices of Mandera County Public Service Board investigating an alleged irregular hiring of staff. We covered the scandal in this article.

Mr Abdifatah Ogle, a former County Public Service Board Secretary was caught as he attempted to alter a list of recently hired senior staff.

Mr Ogle wasn’t even fired he was transferred to the roads and transport docket. 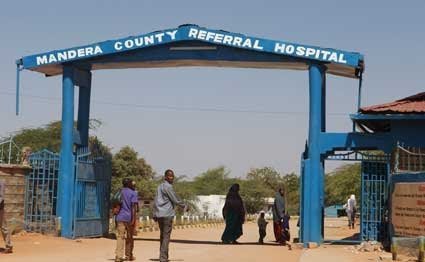 As the Governor loots, medical services in his county is in tatters. The medics had threatened to go on strike last month.

Ali Roba would rather install a Ksh35 million gate at the entrance to the Mandera County Referral Hospital. Talk of mixed up, upside-down priorities.

Why is he not being investigated?

Governor Ali Roba used his contacts at EACC to bribe them in order to stop corruption investigations at the county. Roba is the most corrupt governor. What Sonko and Waititu have stolen is chicken feed compared to Roba

Who is sitting on the files of an investigation launched by EACC in 2018? (see pictures below) 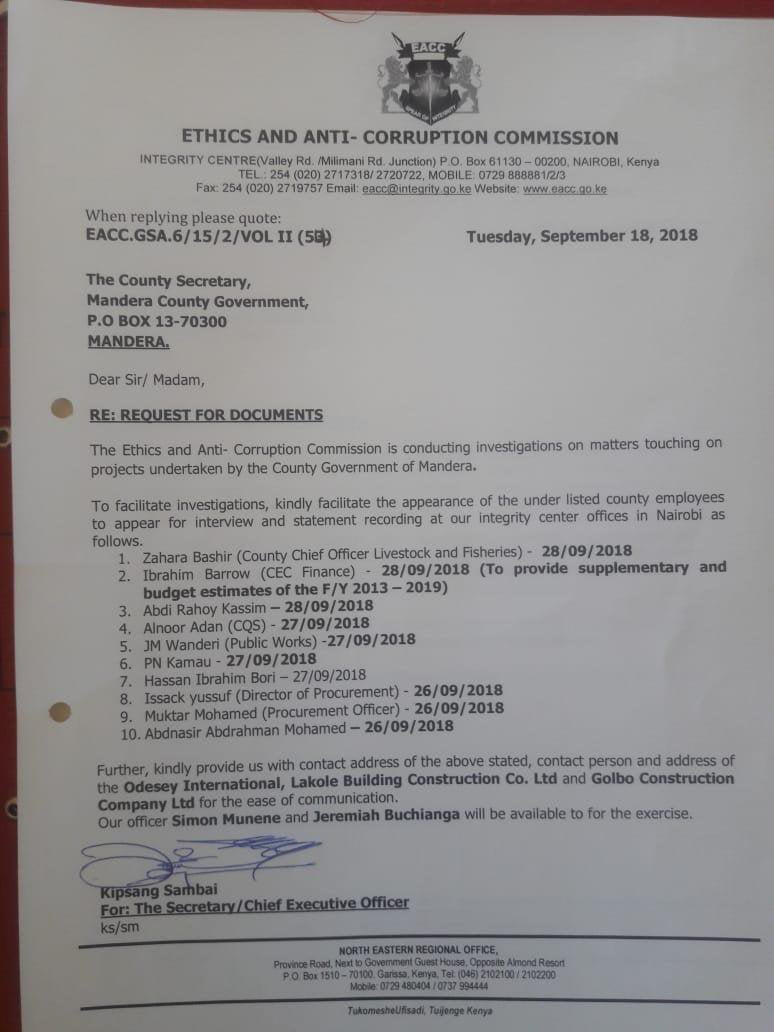 EACC, what happened to this investigation?

What happened to the money for the construction of an Airport in Mandera?

It is alleged that Governor Roba has bought buildings in Eastleigh through proxies. It is also said that he bought a mall in South C.

In this article:Ali Roba, Mandera County