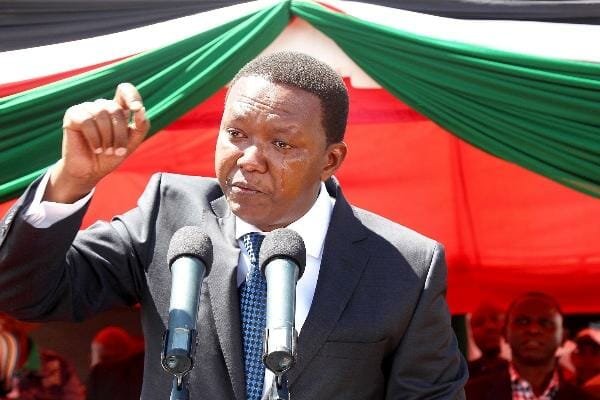 These are funny Political times .Alfred Mutua decided to weep in public because many Kambas are poor .He now Joins the league of DP Ruto who cried when they won in the 2013 Gen elections  The same Alfred Mutua never wept when poor Kenyans were eating dogs due to hunger and starvation . Well, Are his tears Genuine ? Here is a List of things you have never known about Alfred Mutua , there Yah Go !!!

When the Kibaki administration came to power under NARC, there was loads of hope and optimism from Kenyans alike. One of the biggest promise made to Kenyans was the opening up a public communication department that would see Kenyans access all “public information held by the government” as well as keep the masses informed on how the government was fairing on it’s duties. The promise of setting up the office was effected but the reasons behind it remain as things were.

The biggest beneficiary of the setting up of the office is one Dr. Alfred Mutua, a man whose description would see a whole sequel of a novel penned down. He is however best remembered as the fellow who got everything wrong and communicated the right information to Kenyans without realizing that he was actually lying.

Well, after close to eight years as the Official Government Spokesperson, Dr. Mutua decided to take a big leap into the political world, after all he had what it takes, the fame, albeit negative, the courage to lie with a straight face and a name that was not soo much fun to mention. He joined the race for Machakos County Gubernatorial race and is currently the flag bearer of the Wiper Democratic Movement Party.

The big question… is Machakos safe with Dr. Mutua as it’s Governor? In my opinion, NO. Here are my reasons

Alfred Mutua is by far the public officer who failed and probably will continue to fail in everything he does… As the Government Spokesperson, Dr. Mutua ran his office single handedly, with a handful of staff, he micromanaged a whole institution. By the time of his departure, he left with the office keys and it took two months for the offices to be accessed. Not having a deputy with no clear structures in place to hold the institution together.

He outsourced services, starred in all advertisements and publicity material for his office, he arranged the conference room, served invited journalist to tea and probably dusted his office.

To Mutua, the phrase, Team Leader, doesn’t exist. If he is not in charge then the activity can as well not take place.

2. Mutua The Master of No Trade

It is not often that you find a man who can multitask, Dr. Mutua happens to be one of the very few. The West trained Journalist and Filmmaker will go down the history of this nation as the man who made Kenyans realize that public officers run businesses outside their daily jobs. It is unfortunate that his are best described as fatal ventures.

There is a joke around town that when “Jack Died, He Left Alfred Mutua All The Trades, But Failed To Teach Him How to Be A Master at Any”. There is Alfred the filmmaker who wrote, directed, produced, DOPied, Stunted, Marketed a TV Drama Series, “Cobra Squard”. Where product placement was done so beautifully that would make a sane Indian Filmmaker die of laughter. The same programs had great shots that made children hate PS games.

Then he came back with “Beba Beba”, a program that was to focus on the daily lives of matatu crews… If the program hadn’t been snatched away from Mutua by his runaway employees, it should have been dead by now. In fact, the program makes so much sense now than when Mutua led it.

Not being ashamed of failing, the good doctor went ahead and started yet another TV talk show, “How To Be Rich”. The program ended up as a “Reasons Not To Watch TV”. Still, he pressed on, launched a publishing firm and published a book ” How To Be Rich In Kenya” the book is currently on offer in most bookstores. It is given out for free for any shopping above 1000/=

The publishing firm is currently holding up with a monthly magazine called “Passion”. The Magazine, in under two years has had more than five editors and more than three hundred contributors all of who leave the stable for reasons best known to the Dr.

Fact, Mutua has not had a chance of making any meaningful investment of his pay off… He does not believe in longevity, he is a short term guy and what matters is the results today… Tomorrow does not exist in his vocabulary.

It is needed less to mention the East African Music Awards (EAMAs) and the drama that characterize it for it will make Kalasha Film &TV Awards compare itself with The Emmys.

It’s only a saint who owes no one money. We all are debtors and/or creditors at any point of our life. We however have to be very very very worried if the amount you supposedly owe people is running to a seven figures. Dr. Mutua doesn’t seem to mind this.

It’s a rare case to meet any of Dr. Mutua’s employees, current and former, who are not complaining of being owed monies. As at now, Dr. Mutua has not paid his staff at Golden Dreams Company since August 2012. This happens even after effecting a pay-cut by half early last year arguing that he needed money for campaigns. Today, the staff, mostly working on Passion Magazine are owed salaries and benefits running into millions.

A leading media house that has been viciously advertising the magazine is said to have stopped the publicity after the publisher failed to pay up for advertising rates and might soon the running to court to seek payments, also running I to millions.

Well, this will probably cause the biggest furore of it’s time but it has to make it to this list anyway… For the longest time possible, Dr. Mutua has been at the centre of the gossip columns on all entertainment magazines in Kenya. He has always been referred to as ” a senior flamboyant public officer” and has left tongues wagging with constant promiscuity. Well, good times bear good tidings and Dr. Mutua is said to be a baby daddy to a host of women out and about town.

The latest of them is that Dr. Mutua has abandoned his family, wife and kids, in their Westlands home and is currently cohabiting with a clandestine lover, who is said to be pregnant, in Langata. The Kenyan Artivist has made frantic efforts to get his comment on this to no avail. He once hanged p the phone on us and has never responded to our numerous text messages.

5. Mutua and Abuse of Power

Dr. Mutua is a man known not to take critics lying down. When a he was quoted in the media for warning Oscar King’ara and GPO Oulo of Oscar Foundation of dire consequences for implicating the government in extra judicial killing of perceived Mungiki adherents hours before he two were murdered, Mutua was quick to pick his phone and warn editors of leading media houses in Kenya.

When his name came up in the “UN Report on Extra Judicial Killing in Kenya”, by Prof. Aliston, the media was too scared to point it out, when Robert Alai, a blogger pointed the same out, he doesn’t remember how he ended up shifting between police cells.

With the above pointers as a vetting point, one is left pitting the electorate in Machakos that will give their all to vote this man as the first governor of the county. With a skewed track record in management and service delivery, the people of Machakos will be shooting themselves on the foot by trusting Mutua to lead them to prosperity.

Courtesy of The Kenyan Artivist