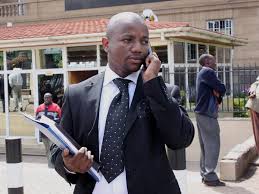 Because, despite him being mentioned in serious frauds, Citizen TV, K24 Tv, NTV and KTN continues to give him airtime. Nonesense!

Here is another shocker: His company’s website is also offline.

Before I share an anonymous tip on how the scandalous City Lawyer George Kithi scammed a client, please see below some of his crimes: 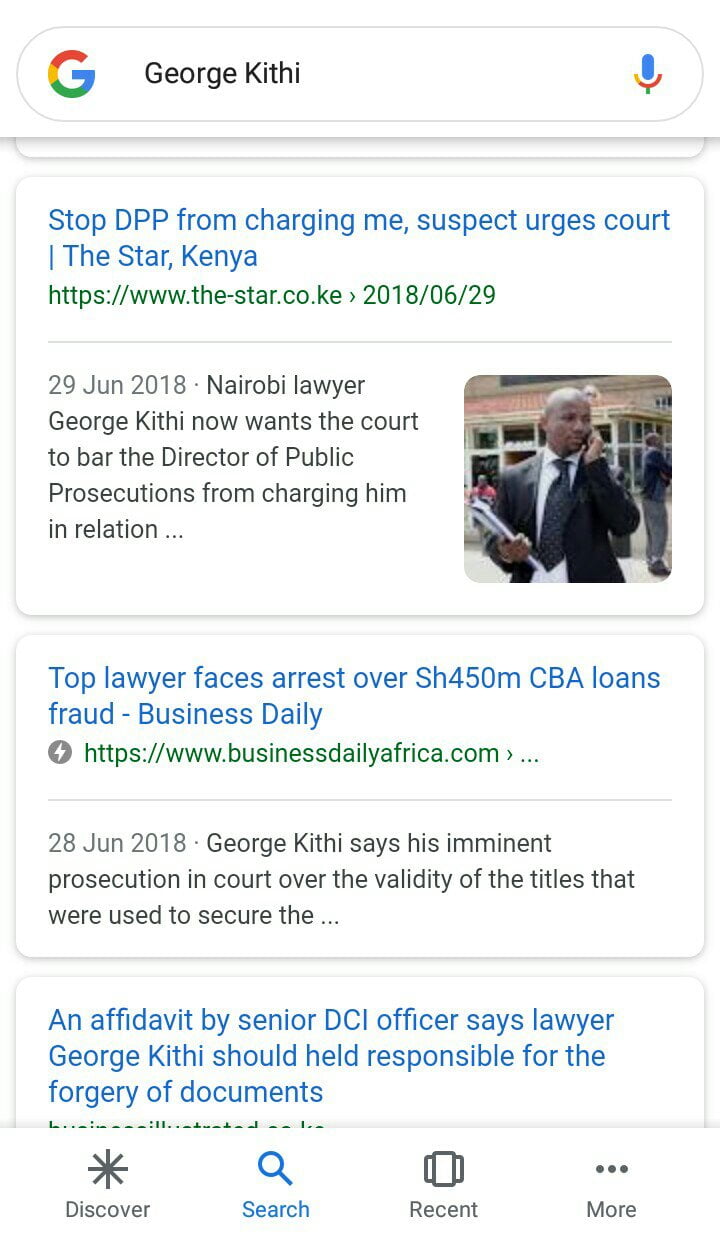 On that CBA story, Mr Kithi and his law firm of Kithi & Company Advocates are among 17 individuals and companies that the Directorate of Criminal Investigations (DCI) wants prosecuted over grand forgery to secure five loans worth Sh449 million from the CBA.

Below is the story of how Mr. Kithi recently scammed a client.

Kithi and Company Advocates have become a sham of the legal profession.

As per information given Kithi sought Kshs. 2 million from his client who he was handling purchase of an apartment for.

The client trusting the client-lawyer-relationship transferred Kshs. 2 million shillings as per the attached documents to Kithi and Company Advocates.

Since then it’s been a cat and mouse game for the non suspecting client.

The client reached out to his other partner in the firm, Mary chege who is also his wife working with Seven Seas Technology but was given dishonoured Cheques.

Kithi has been mentioned in several scandals including the Kilifi county fraud and the CBA Bank fraud that property was charged to several companies.

He’s been painting a lavish lifestyle driving big cars but this is not the case as the Range Rover was equally taken from a clients car yard and never paid for, only to be abandoned in the car yard after flying squad from DCI got involved.

A lot of unsuspecting Kenyans have lost money through his law firm. The law firm seems to be having challenges as its properties were recently advertised in the dailies to be auctioned.

These lawyers are able to beat the legal system and walk away with clients money and it’s about time the profession was better regulated to keep such thugs from unsuspecting citizens.

We call upon the Law Society of Kenya (LSK), Director of Public Prosecutions (DPP) Haji and DCI Kinoti to investigate this man.