The Deputy Inspector General in charge of Kenya Police Mr. Edward Njoroge Mbugua has been exposed as a conman.

The police chief has been linked to the cartel that continue to engage in deforestation.

This is happening even as the government, NGOs, and other stakeholders call for stricter measures to curb environmental degradation.

A ban on logging and timber harvesting was effected in February, 2018 for 90 days. The Deputy President William Ruto, had directed the Ministry of Environment and all relevant agencies to ensure the ban was effected.

In November 2018, Keriako Tobiko, the environment CS extended the ban on logging for a year.

However, in a move seen as insincere by the public, the corrupt UhuRuto appointed an equally corrupt motherfucker by the name of Jaswant Rai, to the board of the Kenya Forest Service.
Jaswant chairs the Rai Group, a company that deals mostly in timber products.

Below is the anonymous alert sent to CNYAKUNDI.COM

Hi Nyakundi, I’d like you to expose the deputy inspector general Mr. Mbugua. Githeri media is busy covering up his abuse of office and corrupt dealings in Eastleigh. A lorry ferrying timber from Mau forest was intercepted in Eastleigh on 2/2/2019 but he ordered police officers to release it but I took photos of the falsified documents and now he is transferring Shauri Moyo officers who he feels might expose him. 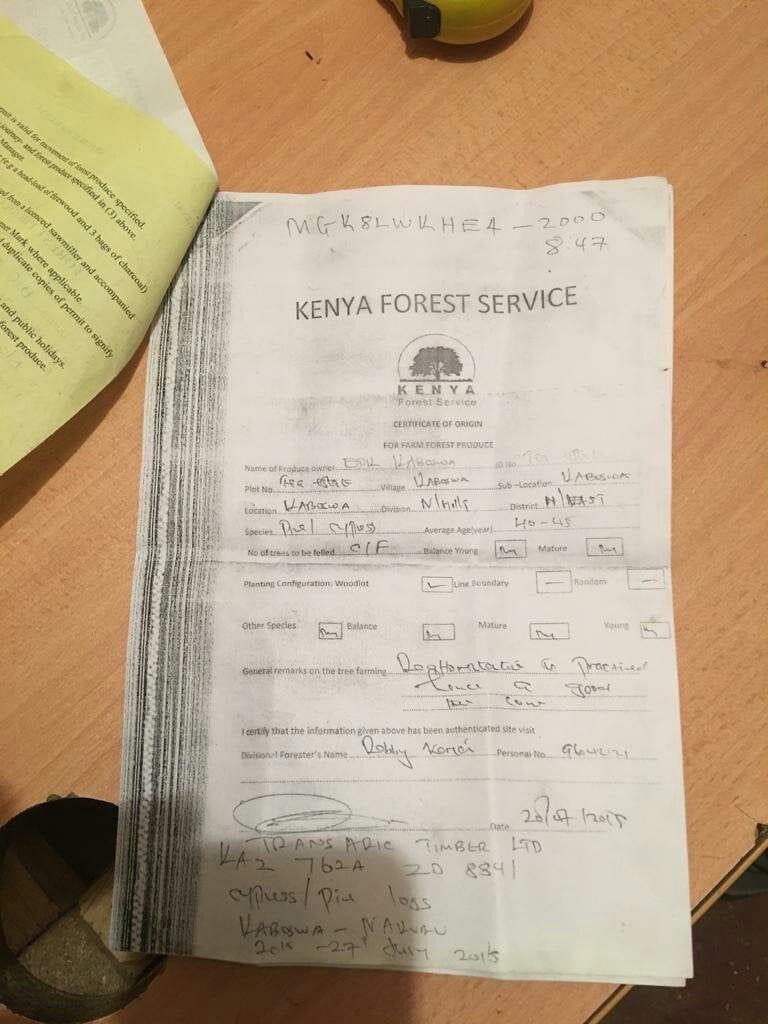 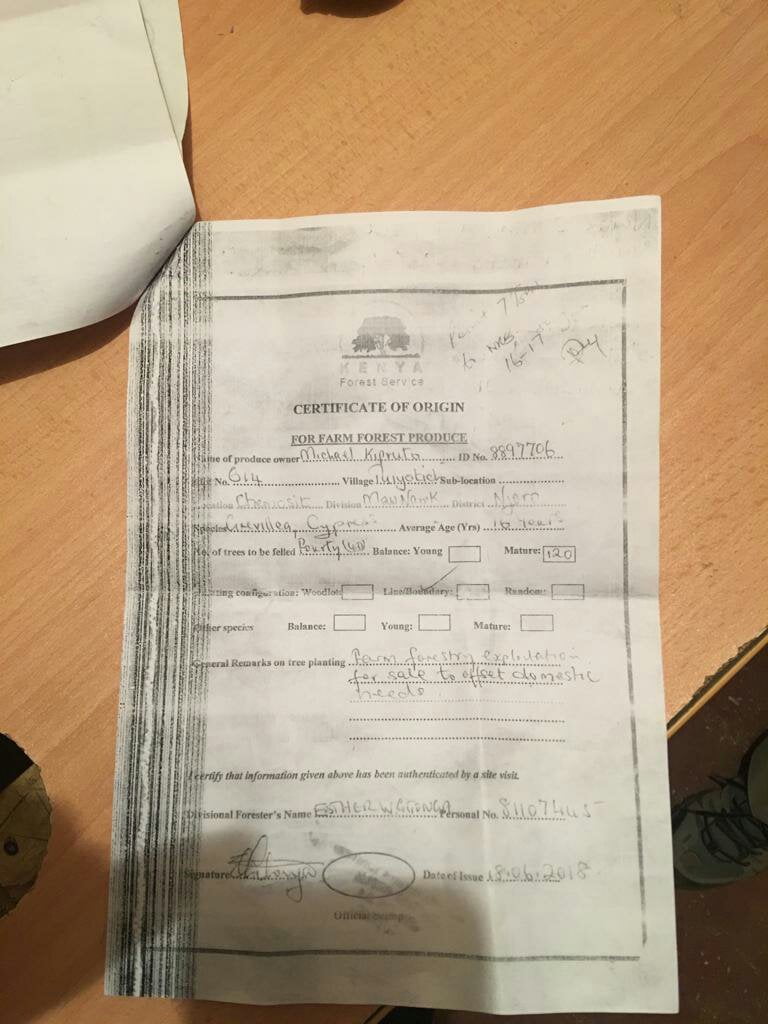 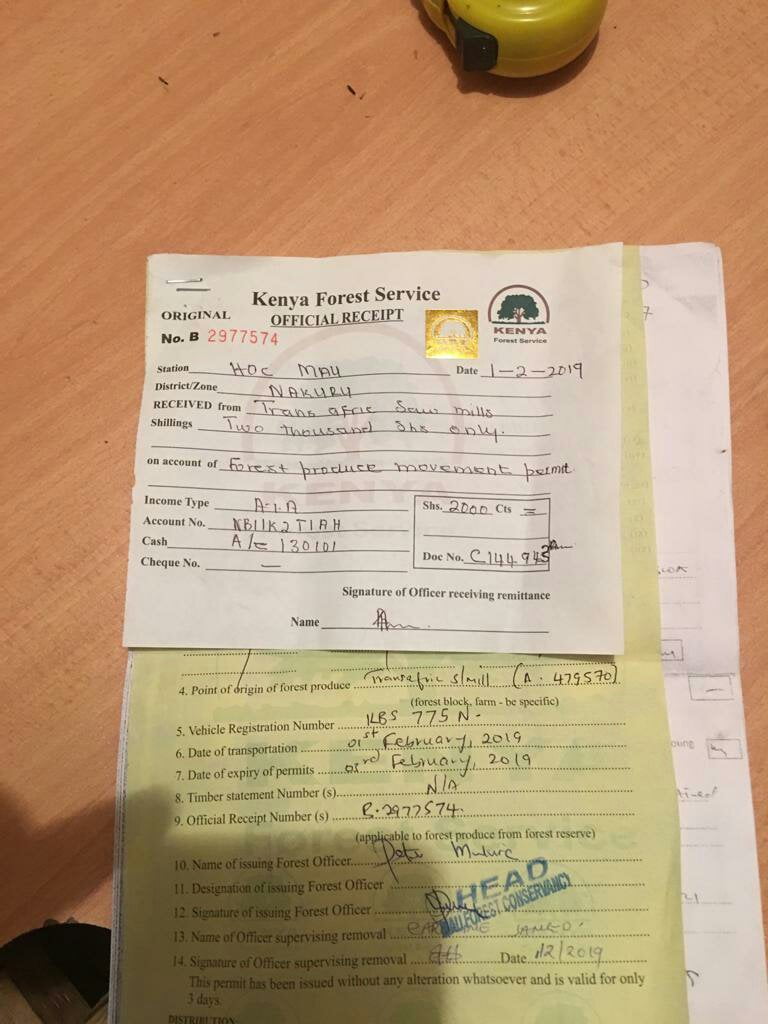 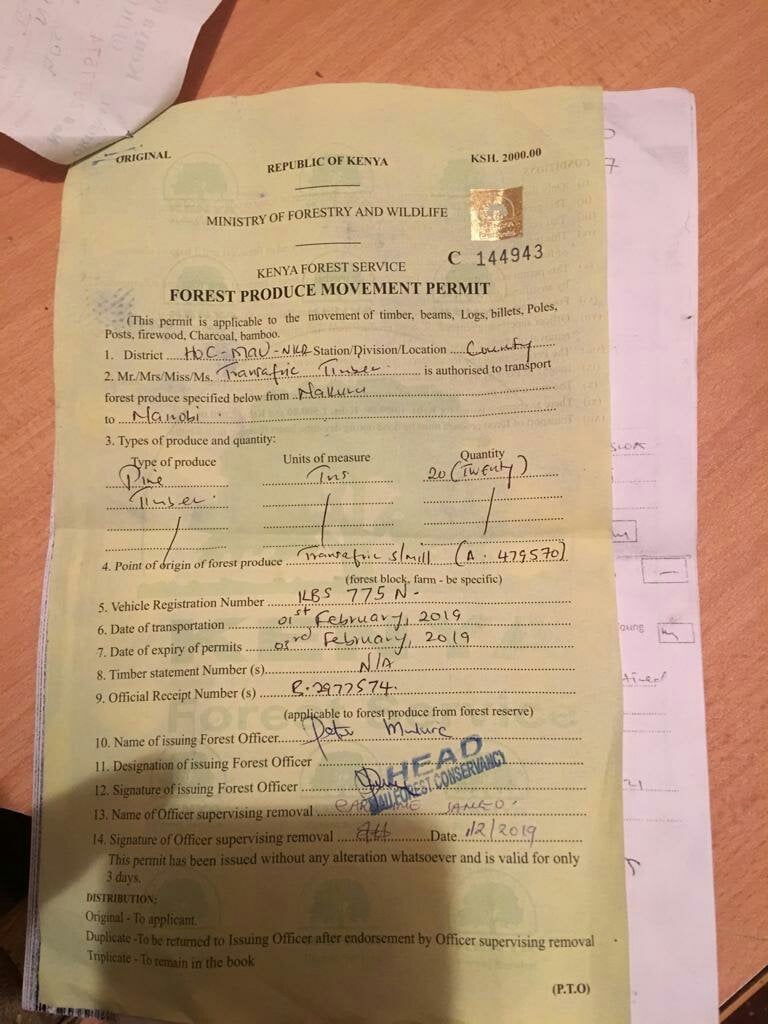 Those are the documents used. If you check clearly you will see the two certificates are dated 2015 and 2018 different places of origin and different persons. The permit was issued to one Zakayo of transafric timber in Nakuru.

This should be exposed, he has been doing many corrupt activities, no wonder tutaendelea kugongwa from Somalia