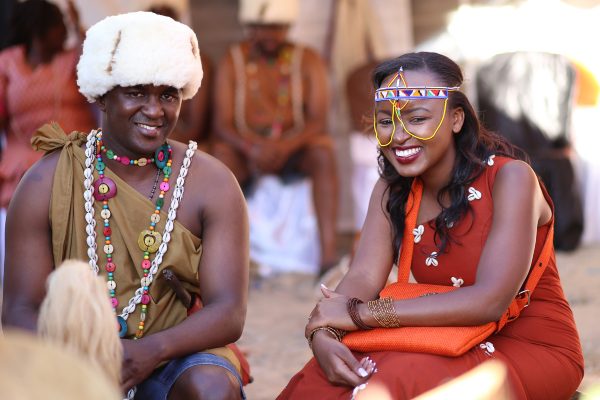 It looks like a soft revolution, but there’s increasingly more Kikuyu men marrying outside their tribe in recent years, studies have shown. And this has led to alarm by the Kikuyu Council of Elders who warn of impending calamity and extinction of their tribe within the next 30 years, going by current life-expectancy rates.

But what led to this state of affairs?

Well these stereotypes of Kikuyu Women are driving their men away. For instance, when a Nyeri woman cut off her husband’s genitals and made the national news, immediately Nyeri women started being profiled and shunned. The spin-off effect of such a single act, has widespread consequences.

In recent years, we have also heard of this infamous woman from “Kabete” (Kiambu) who uses a prolonged killing method, by slowly poisoning her husband’s food using steel-wire leading to sudden collapse/death. The saying that “Behind every successful Kikuyu woman is a dead husband” was coined from these mysterious deaths.

Kikuyu’s historically, were also the first community to blindly embrace religion as imported by white colonialists. Everywhere that the mzungu went, they faced hostilities but it was in Kikuyu Land where they found a home. As Kikuyu’s closed their eyes to pray, the muzungu was stealing their land. And that’s how easily they were conquered.

In the same vein, when this whole feminism/women-empowerment wave started blowing across the country, Kikuyu parents were the first to embrace it, teaching their daughters how to be “independent” and not take shit from men. Mums especially encouraged their daughters to be single-mothers, while dad’s became brutal and violent to their daughters if any had a boyfriend. Many girls even past the age of 20 are still scared to take their boyfriends to their dad’s. I

Many Kikuyu Women embraced Toxic Feminism and are very disrespectful to men, because their mothers never taught them the need to. Those women scold and shout at men, something that cannot be tolerated. Kikuyu Women also have the highest number of societal-misfits masquerading as slay-queens, with Kikuyu Women taking the national limelight for being mpango wa kando’s. Women like former Miss Kenya Cecilia Mwangi of the jiggers campaign.

With this vacuum and thanks to rural-urban migration plus education, Kikuyu men have found themselves venturing outside the community in search for wives. From the Western Belt to the Coastal Region, many Kikuyu men express their joy and delight at finding women who are respectful and still holding onto the customary culture and traditions.

Rather than being bogged down by women who are institutionally corrupted by factors beyond their control, they have opted to cast the net further. Recently we even had a Kikuyu man marrying a Black American Hollywood star in Kenya.

Ironically, the same parents who empowered their daughters to discard their traditional ways and culture, are the same ones lamenting that their daughters are getting over-30 without a husband and kids, oblivious to the fact that they created this whole structural imbalance. Hurdled in groups during functions, they’re now sounding an alarm over the extinction of their tribe.

But they only have themselves to blame! Kila mtu abebe msalaba wake.