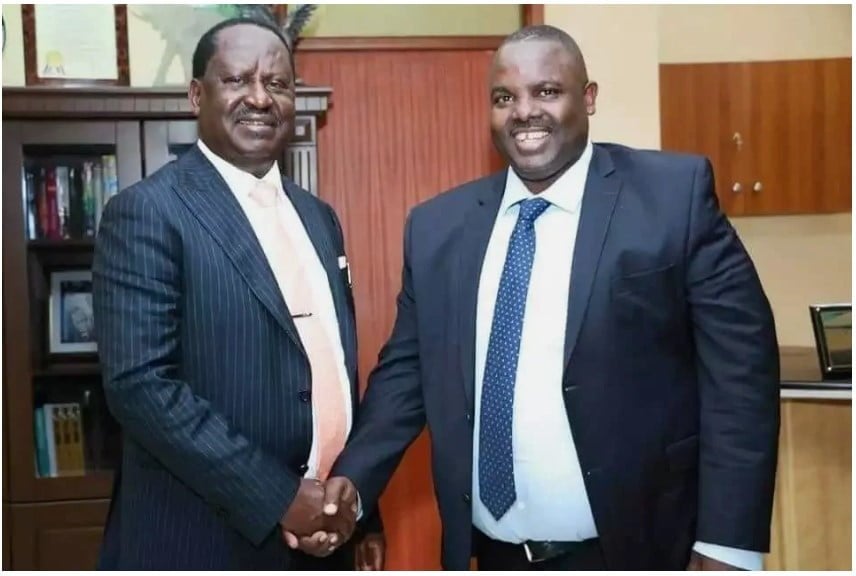 Those were the words of Makadara Member of Parliament George Aladwa when he spoke to a local publisher as the list of lawmakers publicly opposed to Macharia’s ouster bid continues to grow.

The ODM Nairobi County branch chairman says that the impeachment motion by Nyali MP Mohamed Ali is not well-intended but borne out of pure malice, adding that the censure motion is the work of some disgruntled players within Jubilee Party determined to sabotage President Uhuru Kenyatta’s development agenda.

According to Aladwa, CS Macharia the fall guy for these parties since he holds a crucial docket, further noting that in the past, similar motions have been brought to parliament either to serve the interest of sponsors who may not be members of parliament or to blackmail public officers into towing a certain line.

“Perhaps this one falls in that category,” says Aladwa.

Why Macharia needs to go

Last week Friday, Ali filed a petition seeking to impeach Macharia over alleged gross misconduct and violation of the Constitution.

In the petition signed by 90 legislators, the ex-journo accused the CS of overseeing stalled government projects worth up to Sh100 billion and being part of the Afya House scandal that saw taxpayers lose over Sh5.2 billion in 2016 when he served as Health CS.

The petition further claimed that CS Macharia has relegated transport stakeholders in the implementation of the directive to have all cargo from Mombasa Port transported through the Standard Gauge Railway hence causing public suffering.

However, the petition was met with strong opposition from a section of Mt Kenya MPs led by Kiharu MP Ndindi Nyoro, Murang’a County Women Representative Sabina Chege and Mathioya MP Peter Kimari who said the impeachment bid has no basis, vowing to defeat it on the floor of the House.

Aladwa has also laughed off Mohamed Ali’s claims, maintaining that as ODM MPs from Nairobi, they will continue expressing confidence in the work of the Transport CS and the president’s Big Four Agenda in the spirit of Handshake.

Adding that CS Macharia is one of the public servants who “have given their all to serve their country” and thus cannot be rewarded by “unnecessary drama” of “baseless motions whose agenda is to mudslinging and spoiling his good name”.

He has gone on to ask Nyali MP to consider withdrawing the motion to avoid the risk of being embarrassed by how the motion will be “shot down” before the House.

Aladwa says that in as much as the MP has every right to bring such a motion, the current move is not well-intended.

He has also asked National Assembly Speaker Justin Muturi not to approve the motion especially given that about 50 MPs who had early signed the petition have since withdrawn their signatures.

The former Nairobi Mayor, however, notes that should Muturi approve it, then he and other like-minded MPs will “mobilise colleagues” to “shoot down” the motion on the floor of the House.