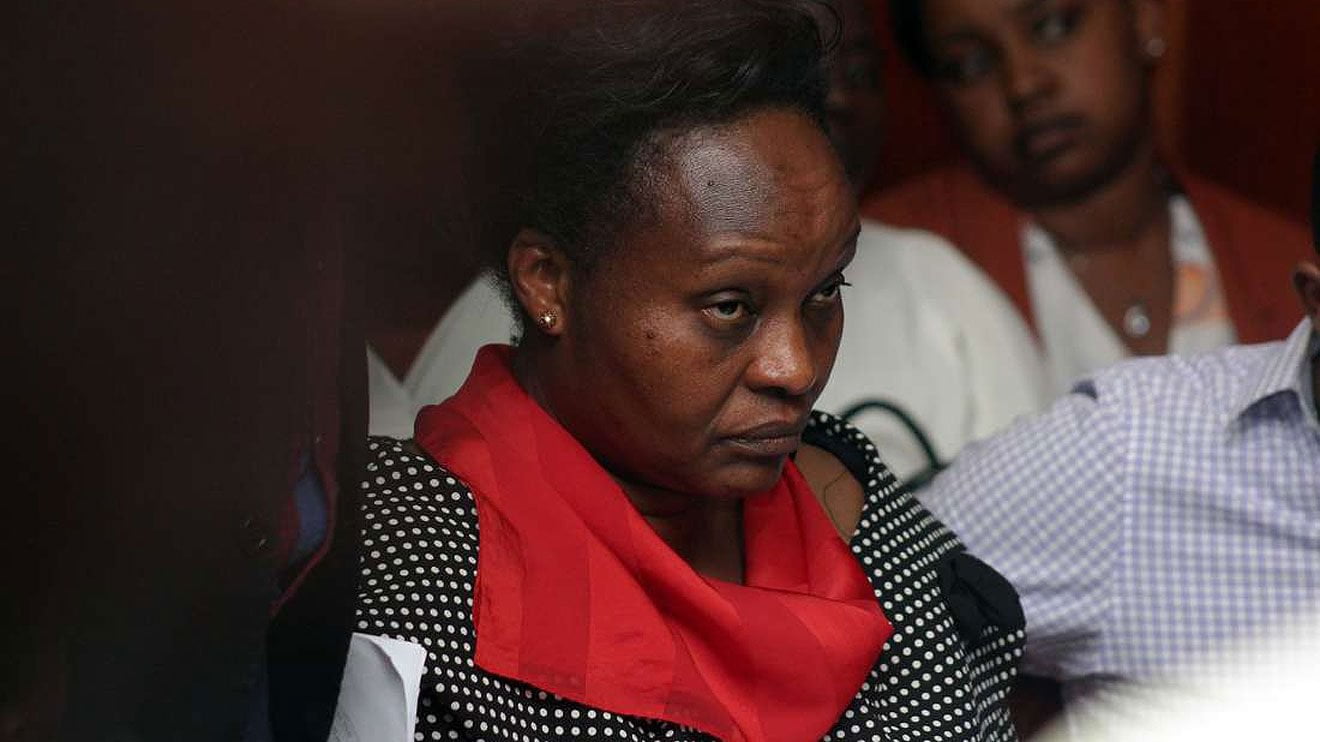 Al Shabaab linked Diamond Trust Bank Manager Sophia Njoki Mbogo was today arraigned before Nairobi Chief magistrate Francis Andanyi. Sophia Njoki Mbogo has been linked to the DusitD2 attack over failure to report the suspicious transactions that the terrorists used to withdraw huge amounts of money that they used to kill more than 21 innocent Kenyans.

The Office of the DPP confirmed it was preparing charges against the bank and its officials after it hushed up the hefty withdrawals and “ought to have alerted authorities when such withdrawals were made.”

The transactions were done at DTB Eastleigh branch. 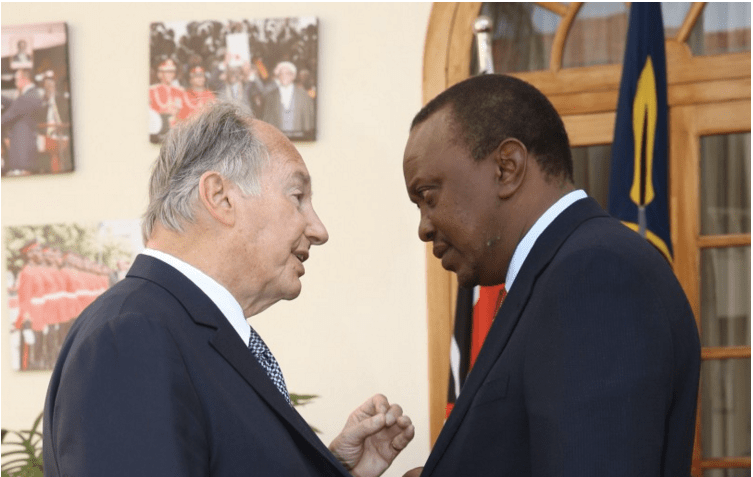 President Uhuru With His Friend The AgaKhan. Diamond Trust Bank Has been Linked To Money Laundering In The Recent Past. Recent Evidence That The AgaKhan Owned Bank Aids Terrorism Are Shocking

All the suspects except Mbogo were in communication with the attackers involved in the Dusit attack and other contacts in Somalia.

In a replying affidavit, Mbogo said records likely to be sought by the prosecution have been stored by the bank and Safaricom Limited.

“I’m not in a position to interfere with investigations or evidence sought by the prosecution. I’m an innocent bystander in this criminal inquiry. I’m a law abiding citizen with no previous criminal conviction,” an affidavit states.

She also faced four counts of failure to report suspicious money laundering acts that occurred between December 4, 2018, and January 5, 2019, at the bank.

She has been in custody for the last 30 days, having been arrested two weeks after the attack that was claimed by Al Shabaab.

He bail application will be argued Wednesday afternoon.

In this article:#RogueBankDTB, ALSHABAAB BANK