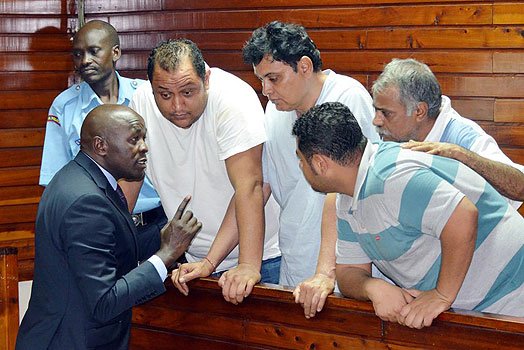 In December last year, a US judge drilled, the last nail into the infamous Akasha family coffin when he sentenced Ibrahim Akasha, once a member of drug trafficking organization, to 23 years in prison after he pleaded guilty to trafficking heroin, methamphetamine and other crimes.

The sentence was seen as a victory for prosecutors given their argument that Ibrahim was acting as a top lieutenant to his brother Baktash Akasha, the drug ring’s former leader who was also sentenced to 25 years in prison last year.

Both Baktash and Ibrahim had for long presided over an international drug-trafficking ring that netted them a fortune. This was rather evident from the lives of luxury they showcased in Mombasa to the powerful ability to systematically bribe a host of Kenyan government officials until they were eventually caught.

But even as they cool their heels in respective US penitentiaries, ghosts from their time in Kenya have simply refused to die down, with interesting details of their various adventurous escapades in the country popping up every day.

In their Saturday morning publication, the Nation has exclusively revealed how in 2016, renowned Kenyan criminal lawyer Cliff Ombeta twice played the role of arbitrator to end deadly rivalries between the Akasha siblings and individuals they regarded threats.

One of these conflicts, the paper interestingly goes on to reveal, was between the Akashas and their biggest competition in Kenya’s coastal region at the time, controversial businessman Ali Punjani.

Named in Parliament in 2010 and subsequently, at the trial hearing of the Akasha brothers in the United States, Ali Punjani is no stranger to links in the drugs underworld.

He is networked, deep-pocketed in net worth and influence, and with deep-rooted networks with the country’s high and mighty. 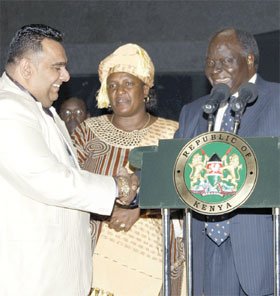 On his side was a drug dealer only identified as “Speedy” in the Akasha trials which took place in the United States last year, while on Baktash and Ibrahim’s ranks lay Vijaygiri Goswami — their go-to guy for the raw materials used in manufacturing multiple narcotics including mandrax and methamphetamine.

At some point in 2016, the two vicious sides met at a Mombasa hotel (whose name the daily did not disclose) and resulted in a ruthlessly nasty fight which subsequently culminated in a deadly shootout in which both Mr. Punjani and the Akasha brothers sustained serious injuries.

Worried that his clients were going to kill each other, lawyer Cliff Ombeta is said to have suggested that everyone suspend their egos and do some talking.

Following the lawyer’s advise, the two sides agreed to meet at the luxurious Sarova Whitesands hotel which eventually ended up being the de facto “no man’s land” where the groups would hold talks even in future disputes.

“I won’t mention which business they were in but I sat them down and told them things had got out of hand and they were all risking prosecution. Everyone agreed to stop fighting and respect each other’s business. But the way things were going, everyone was going to get arrested if they did not sit down and talk,” the Saturday Nation quotes Ombeta as saying.

In pure prophetic manner, the Akashas would later fall out with their raw materials supplier Mr Goswami and once again sat down at the Sarova Whitesands not only to call peace but also surprisingly reach a consensus to work together again.

According to Ombeta, Mr. Goswami also owed the Akashas an undisclosed amount of money which in turn sparked the brothers’ decision to kill him.

“I also meditated a fight between Vicky (Mr Goswami) and the Akashas at Whitesands,” he told the paper, “The alteration was in relation to debts Vicky owed Baktash”

Apart from Ombeta, Mr Goswami and the Akashas, others who attended the “peace talks” were mentioned as Gulam Hussein and an individual only identified as Mr. Dawood.

When speaking of this meeting during his trial in the US, Mr. Goswami noted it was in no way meant to be violent.

“We came to be peaceful, we were not going to fight each other. It was a peaceful argument,” he told the jury.

In recent years, lawyer Cliff Ombeta has become a household name in Kenya thanks to his track record of defending high-profile suspects in criminal cases that capture the country’s attention.

Apart from the Akasha’s case which saw him shoot to the limelight, the 36-year-old, who can hardly be missed in his meticulous suits, arguing with crime busters to release his clients, has also represented a handful of other controversial clientele.

From Okoth Obado, Babu Owino, Joseph ‘Jowie’ Irungu, to Deputy CJ Philomena Mwilu, his mobile number appears to be on the speed dial whenever the rich and the famous run afoul with the law.

In fact, in 2016 when he was reportedly arbitrating turf wars between drug lords, Ombeta at the same time stirred controversy among some of his learned friends when he defied the Law Society of Kenya resolution and rose to defend suspects in the murder of lawyer Willy Kimani.

In past interviews, Ombeta has brushed off accusations that he is an ambulance chaser out to make a quick buck from desperate litigants, arguing that the clients go looking for him as he does not need any introduction owing to his track record.

The lawyer also dismisses claims by some of his colleagues that he colludes with top police officers to acquire clients or use the social media to do so, saying that it is those in need of legal services that look for him.

Ombeta claims that although many of his colleagues fear getting into the muddy waters of representing controversial suspected criminals because of their reputation, for him he views them as clients in dire need of legal assistance.