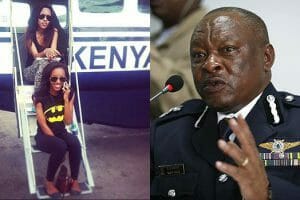 As social media temperatures demanding the firing of Rogers Mbithi keep rising, the Airwing Boss has finally admitted that the RECCE Squad Plane carried his daughter in law. He has insisted that this happened  hours earlier as the Garissa Attack was worsening and capturing the attention of the  international media.

To puke and Pee on Kenyans, Mbithi has cemented his remarks by saying that airwing unit was not to blame for the delay in deploying the elite police team to Garissa.

He said the plane that carried the Recce Company officers was available before they arrived at Wilson airport.

But Kenyans are now seeing how Public resources are being misused by the Mighty as Kenyans suffer. We strongly believe that this officer must be disciplined  to make a statement to other people doing the same. The era of doing things  with impunity is over and anybody who doesn’t want to change must face the Music.