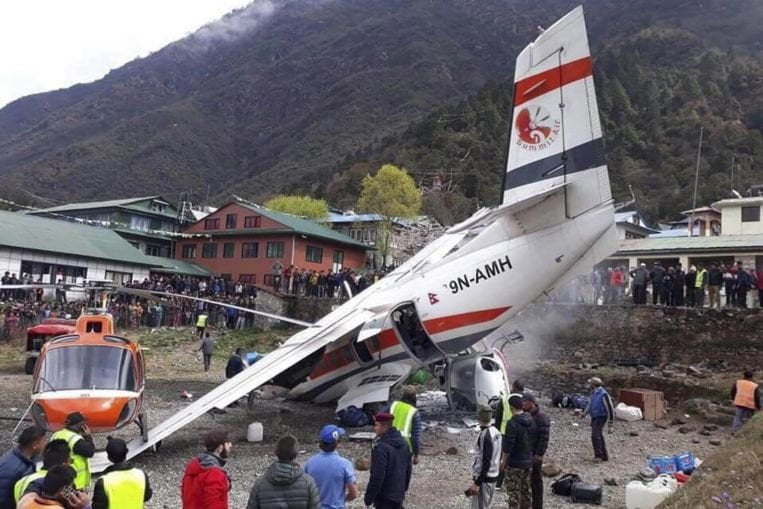 The crash site after the collision of a domestic Summit Air aircraft and a helicopter at Lukla Airport in Nepal, on April 14, 2019

Yesterday, we covered the story of Tenzing Hillary Airport, the world’s most dangerous airport.

Video: Cockpit view of landing at the most dangerous airport in the world

Media reports shows that three people have lost their lives after an aircraft crashed into a parked helicopters while taking off.

A small plane operated by a private airline in Nepal hit a parked helicopter on Sunday while preparing to take off in a mountainous area near Mount Everest, killing three people including a co-pilot, an airport official said.

The Twin Otter aircraft crashed into the helicopter at Tenzing Hillary Airport at Lukla, known as the gateway to the world’s highest mountain, 125 km (78 miles) northeast of capital Kathmandu.

The plane, operated by Summit Air, was not carrying passengers as it was trying to leave what is considered to be one of the world’s most dangerous airports due to the shortness of its runway and its location surrounded by mountains.