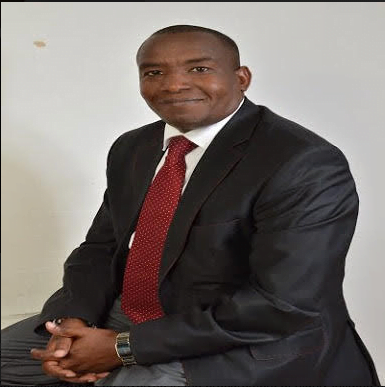 CAPTION: Lawrence Waigi Kamau depicts the rot at the AG’s Chambers and personifies the Impunity with which they operate with.

We have always maintained that the Kenyatta family have always been desperately in need of the Kenyan presidency, much more than Kenyan people have actually ever needed them in that office.

The Uhuru Presidency gave the Kenyatta’s a second bite at the cherry, considering that both the 2nd and 3rd generation of this family have shown a genuine lack of meaningful intellect or artistic talent to regenerate their land holdings into massive, multi-generational, community-impacting wealth.

This is the reason that the Presidents sister would be involved in the procurement of highly inflated medical containers on behalf of the Ministry of Health and another sister be paid in advance to build super-inflated houses for our struggling police force.

While Jomo Gecaga sits in high office as gate-keeper to the vaunted Presidency and reaping Billions in all manner of deals, his sister Nana is CEO of KICC and is known more for her lavish parties and employment of an English nanny for her kid(s).

Were we to be surprised that Nana Gecaga’s gem of wisdom while being interviewed on Churchill, was “stick to your lanes” to the wild adulation of a clueless crowd?

She admitted to battling alcoholism yet she doesn’t see the same affliction visited upon thousands of her Kikuyu compatriots daily and wouldn’t lift a finger for a massive intervention on their behalf. What righteous conceit? 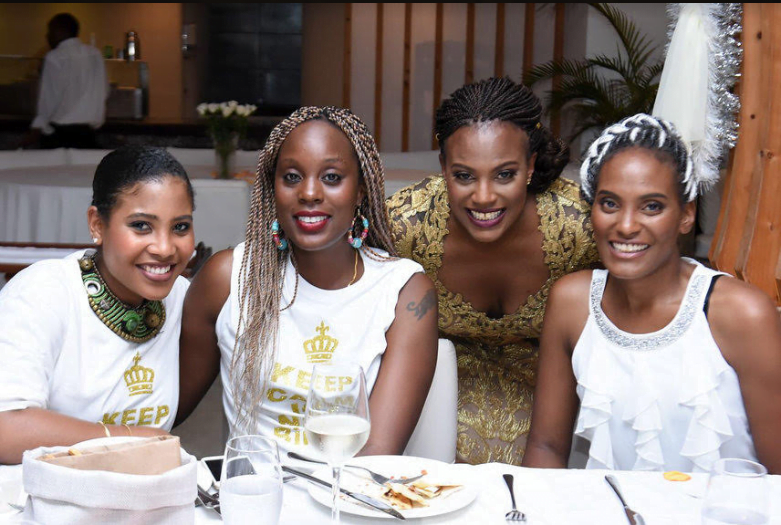 CAPTION: Audiences at a recent Churchill Show, who primarily consist of retarded cunts, were busy laughing even as Nana Gecaga was mocking their peasantry.

The situation in Kenya mirrors that of France preceding the French Revolution. At the time, France was massively in debt and the Government attempted to resolve this through unpopular taxation regimes. In Kenya today, President Uhuru and his Deputy have mortgaged Kenya to the likes of the Chinese and brought us virtually to our knees with these massive repayments.

The monies borrowed have been looted by a few and the little utilized has been on white elephants that will take 200 years to break-even.

In France, years of bad harvests dented the middle and lower classes leading to riots, to which the Queen Marie Antoinette remarked “if there is no bread, let them eat cake!” Similarly here in Kenya we are coming straight out of a massive drought that hit our grain reserves. The government despite having a Ministry for planning, had no plan and was forced to subsidize maize flour for over 6 months to insulate the population against sky high prices.

Most importantly, the privileges enjoyed by the Aristocracy and the Catholic clergy were a source of rabid anger on the French citizenry. In Kenya today, we watched as Parliamentarians increased their retirement benefits by 700%, while simultaneously allowing Ksh. 3.2B to be paid out to shadowy companies owned by “businessman” Francis Mburu Mungai in a fake compensation claim for Land at Ruaraka.

Uhuru Kenyatta operates like an absolute monarch in this country, aided in part by tribal divisions that have allowed him to capture the minds of his Kikuyu tribesmen and keep them in a vice-like grip.

The Revolution in France resulted in the death of the feudal system, freedoms of the individual, a greater division of landed property, abolition of the privileges of noble birth, and establishment of equality among men.

These are the exact same things that Kenyans pine for daily but like deer caught up in the headlights of a vehicle, they stand rooted, not knowing what to do.

The French revolution was the springboard for France, today it’s one of the freest and most equal societies in the World. Despite over 50 years of African independence, France is able to control the money and economies from 14 African countries by having them place 85% of their reserves in the French Central Bank said to be in the region of $500 Billion.

Kenya, through the devilish work of its elite is in the same situation as those French colonies. Today we owe China such a huge debt that we will be unable to repay it and thus we will be forced to turn over the country to them as receivership.

Do you think that this is far-fetched? Sample this from last December…

“Struggling to pay its debt to Chinese firms, the nation of Sri Lanka formally handed over the strategic port of Hambantota to China on a 99-year lease last week, in a deal that government critics have said threatens the country’s sovereignty” (New York Times).

Kenya’s greatest weaknesses is not in its laws, but rather in the institutions that are meant to safeguard it.

The Ruaraka Land saga has demonstrated that our Judiciary, Ministries, AGs Chambers, Treasury all have been compromised by Francis Mburu Mungai, bent to his evil ways for what can be termed as tokens. 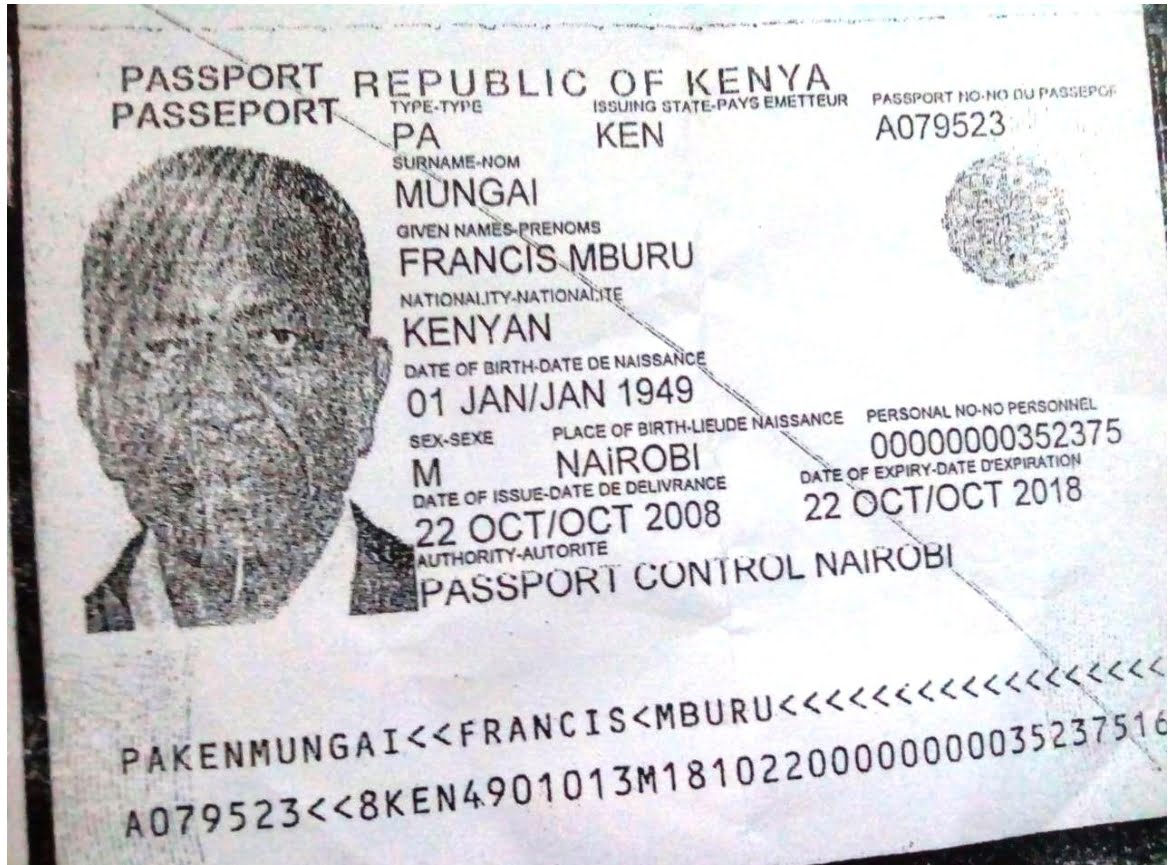 CAPTION: A Passport copy of Francis Mburu Mungai, the prominent land thief who has convinced successive Government officials to compensate his parcel of land over and over again.

How can former AG Prof. Githu Muigai be mentioned (shouldn’t he be above reproach like Caesars’ wife?) to be in a position to receive Ksh. 250m from Francis Mburu in order to “stand down” and not vigorously defend the Kenyan people such that eventually Ksh. 3.2B in a false claim will be paid?

The Atttorney Generals office should stand as the sentinel for the interests of the people of Kenya. It should fight to the last man for those interests.

So, our blood boils when we get multiple complaints about the activities of Lawrence Waigi Kamau, a senior officer at the AGs Chambers and who represents it in court, when litigation touches on any Government official.

For instance, his colleagues say that when a matter touches on an influential person who has greased his palm, the file in question is kept under lock and key in his office. That is the case where Commissioner of Lands and one of the late JJ Kamotho’s Land scam companies (Kencair Holdings Ltd) have been sued for attempting to steal a Thika piece of Land.

Lawrence Waigi Kamau, is one part of the dreaded Land cartel that incorporates officers from the Lands department, the ODPP, CID to fleece innocent land owners of their property.

Over the years that Francis Mburu has been making fake claims for compensation either directly to Ministries or through a myriad of court cases, Lawrence Waigi has been on retainer to “advise” on the Government position. With budget of between Ksh. 50m and Ksh. 100m for each transaction, the looters and thugs have been assured a weak defence against them and a ruling by the judge in their favor based on the flimsy defence.

Lawrence Waigi Kamau, failed spectacularly to bring it to the attention of the Justice Alfred Mabeya that the Ruaraka Land owned by Francis Mburu title deed was in the hands of the official receiver for Continental Credit Finance which had given a Ksh. 21m loan in 1981 for the purchase of the land

Further, Lawrence Waigi Kamau failed to mention to the judge that KPTC had acquired the land by paying Ksh. 165m to Francis Mburu and his partner in 1984, part of which was used to build 198 maisonettes (instead of the agreed 600 maisonettes).

Most importantly, without a title deed in evidence, Lawrence Waigi Kamau allowed the Judge to make a ruling on the size of the land based on suppositions and conjecture. Based on these suppositions, it became the basis of the judge awarding Ksh. 4B to Francis Mburu.

Lawrence Waigi Kamau then sat in discussion with Francis Mburu to reduce the amount awarded by the judge from Ksh. 4B to the lesser sum of Ksh. 2.4B, instead of commonsense straight appeal.

Through the cunning and deception of Lawrence Waigi Kamau, it would appear that Government has already compensated Francis Mburu with almost Ksh. 10B of taxpayers money or Eurobond debt.

Yet the man who proclaims Jesus Christ as his Lord and savior, probably kneels down in Church and shows God the middle finger.

President Uhuru removed his long time PA from the docket of Solicitor-General Njee Muturi another institutional-clusterfuck and also removed the “mortician” Githu Muigai from the post of AG.

Who will shake-up that entire AGs Chambers and bring people who have a modicum of patriotism at least. 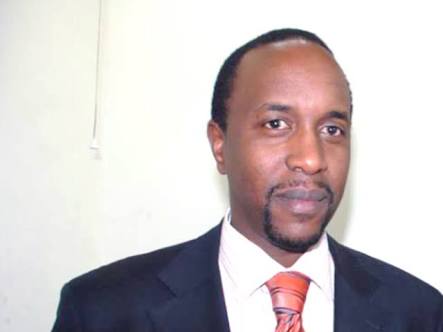 CAPTION: Institutional-clusterfuck and chronic masturbator Njee Muturi. How such an Indian educated-reject who has never won a single case in court, could land the position of Solicitor General, is one of the biggest mysteries in modern day Kenya.

When the revolution comes, and trust me its imminent, there will be nowhere to run and hide. You will not be able to enjoy your ill-gotten gains. The armed forces will “kaa kama raia” and the devil will come for his due.

Lawrence Waigi Kamau, ask not for whom the bell tolls, it toll for thee…!!!