Google has appointed Agnes Gathaiya as its new country director for its East Africa business. 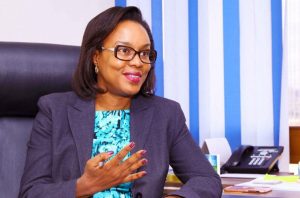 Amongst other roles, the country director for East Africa at Google will be responsible for;

From her CV, Agnes has more than 21 years of experience in organizational transformation, focused on developing strategy, and providing commercial leadership in sales and business development.

She has also held leadership positions in organizations including Deloitte Consulting, and as an Associate Director, SAP.

In 2015 she served as Chase Bank’s, now SBM bank, as its General Manager-Public Sector and Safaricom as Head of Enterprise Sales SME, Channel and Regional Operations.

Agnes holds a Master’s in Business Administration from United States International University and a Bachelor of Science in Economics from Bryn Mawr College in the USA.

In 2010, Ms Gathaiya was named by Business Daily as one of the Top 40 Under 40 Women in the country.

In April this year, Agnes was named amongst the top 200 women in the Global Fintech power list for driving change in the Fintech space through mentoring and setting up support groups to share experiences of voluntary work.