If there is any expensive hospital in Kenya which has caused the death’s of many, it is the Aga Khan hospital. The so-called “his highness” opened a facility whose main objective is to watch Kenyans die a slow and painful death, while they reap millions incurred in hospital fee’s.

As regards to medical murders in Kenya, Aga Khan can be termed as the biggest murderer in Kenya. But since he controls media houses like the Nation Media Group, banks like Diamond Trust Bank, and Forex Bureau’s scattered across Nairobi, Aga Khan is untouchable.

Infact, Government officials kneel down to suck his dick, anytime he visits the country.

Today, a very bizarre occurrence caught our attention. Daily Nation on the same day, had two different headlines and angles to a similar story.

Nation Media Group has turned out to be a mouthpiece for the Jubilee regime, meaning even the misguided idea of imposing toll-stations on major highways, has been supported by NMG bribed journalists.

His so-called “highness” has been contracted by Government, to undermine democracy and free-speech.

See below and judge for yourself. 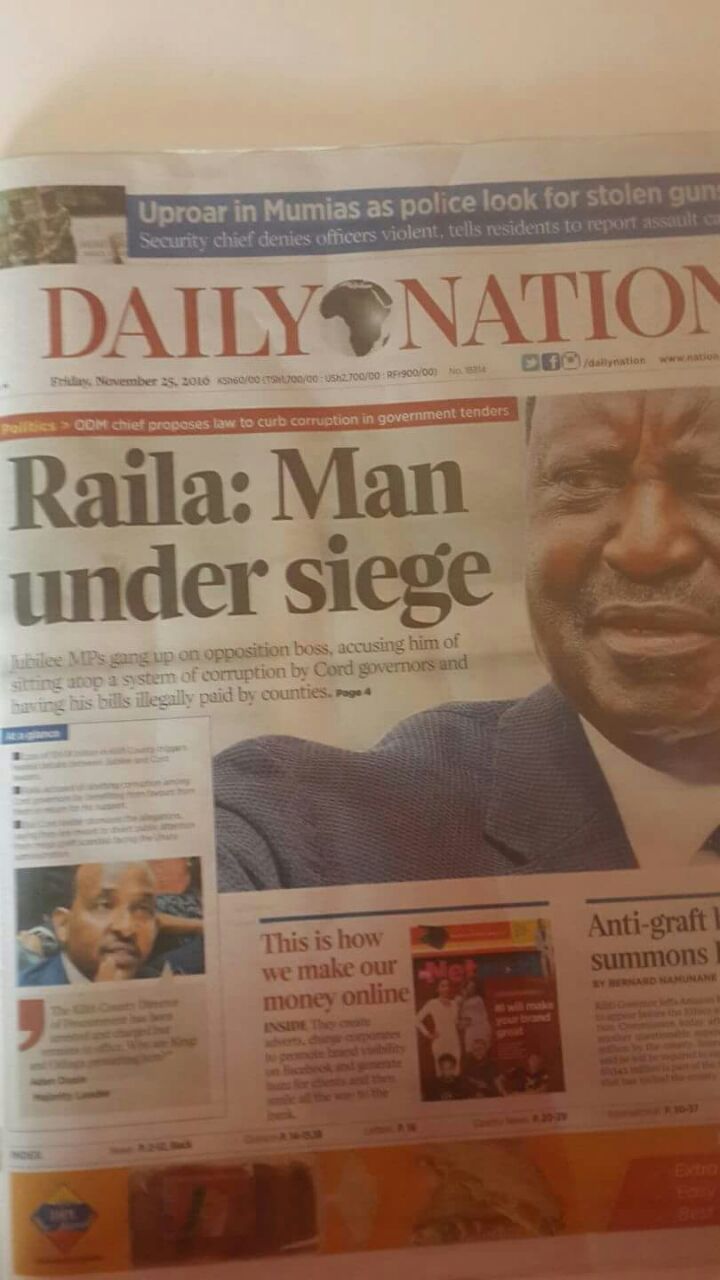 CAPTION: This newspaper is currently selling in Kikuyu strongholds. The Kikuyu community has been regarded as the dumbest lot in Kenya, who think that Mama Ngina’s “Uthamaki” Is going to benefit them. 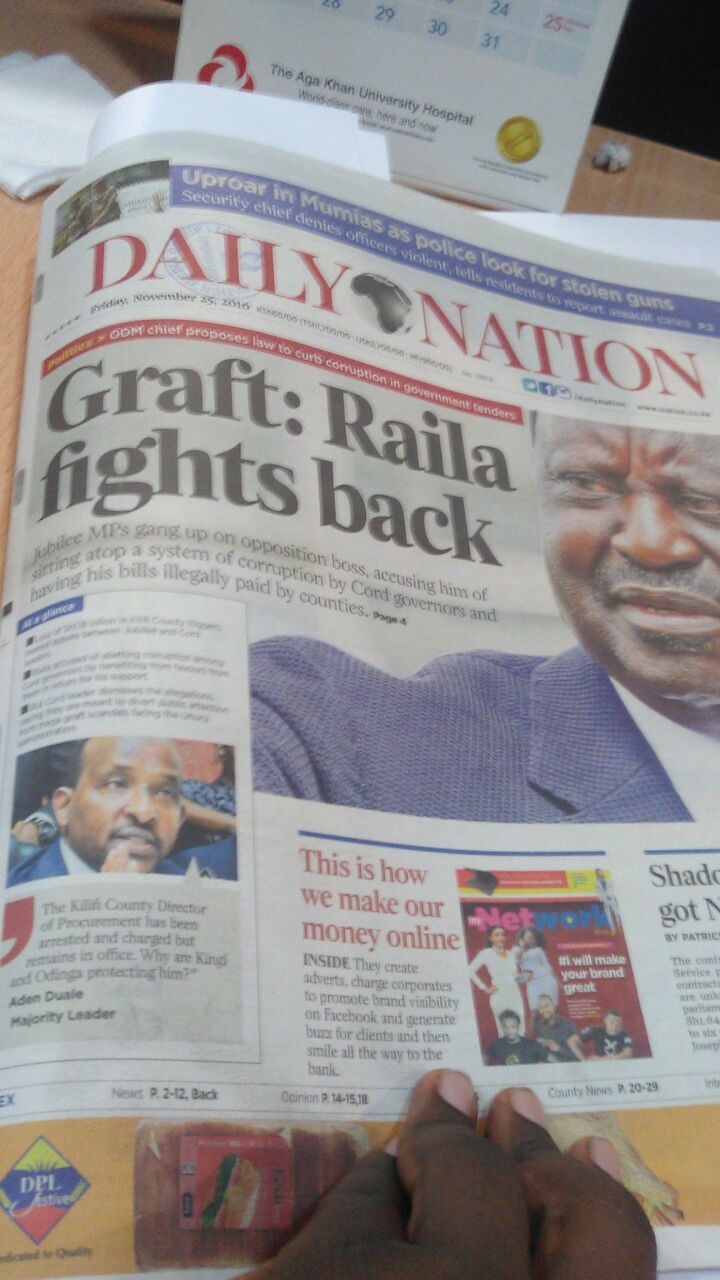 CAPTION: This is the copy on sale in Raila’s strongholds.