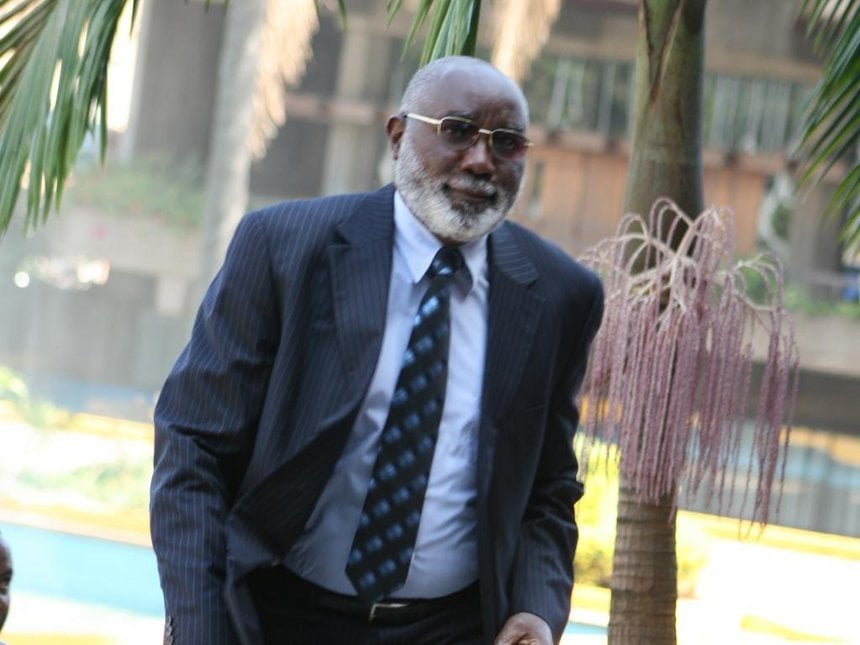 CAPTION: “The Boss” Harun Mwau. His name had been used by Kiprono Kittony’s henchman to grap a parcel of land. NLC Chair Muhammad Swazuri was also part of the scam.

A story that we have highlighted previously was an attempt by Zipporah Kittony, the former Maendeleo ya Wanawake Chairperson to grab a parcel of land along Mombasa Road, through her son Kiprono Kittony and the Chairman of the National Lands Commission Muhammad Swazuri. Kiprono Kittony, the Chairman of the Kenya National Chamber of Commerce and Industry, had then enlisted the help of his deputy at the Chamber Laban Onditi Rao to execute the land-grabbing scheme, by forging documents and falsely claiming ownership of the land. 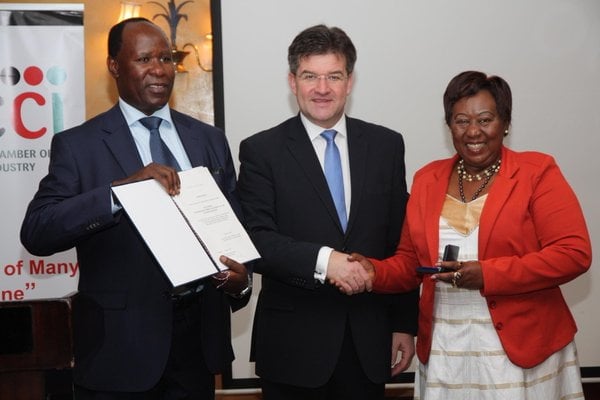 To ensure that the documents were hastily passed by Government agencies, Kiprono Kittony invoked the name of former Kilome MP Harun Mwau, in a bid to intimidate Government officials into approving the fictitious deed plans. However the County of Nairobi declined to be roped into that fraudulent scheme, and reported the matter to the Police, who are investigating the officials whose identities initially appeared on the forged documents. One Mr. Mark Namanya has since gone underground, and efforts to trace him have been futile. 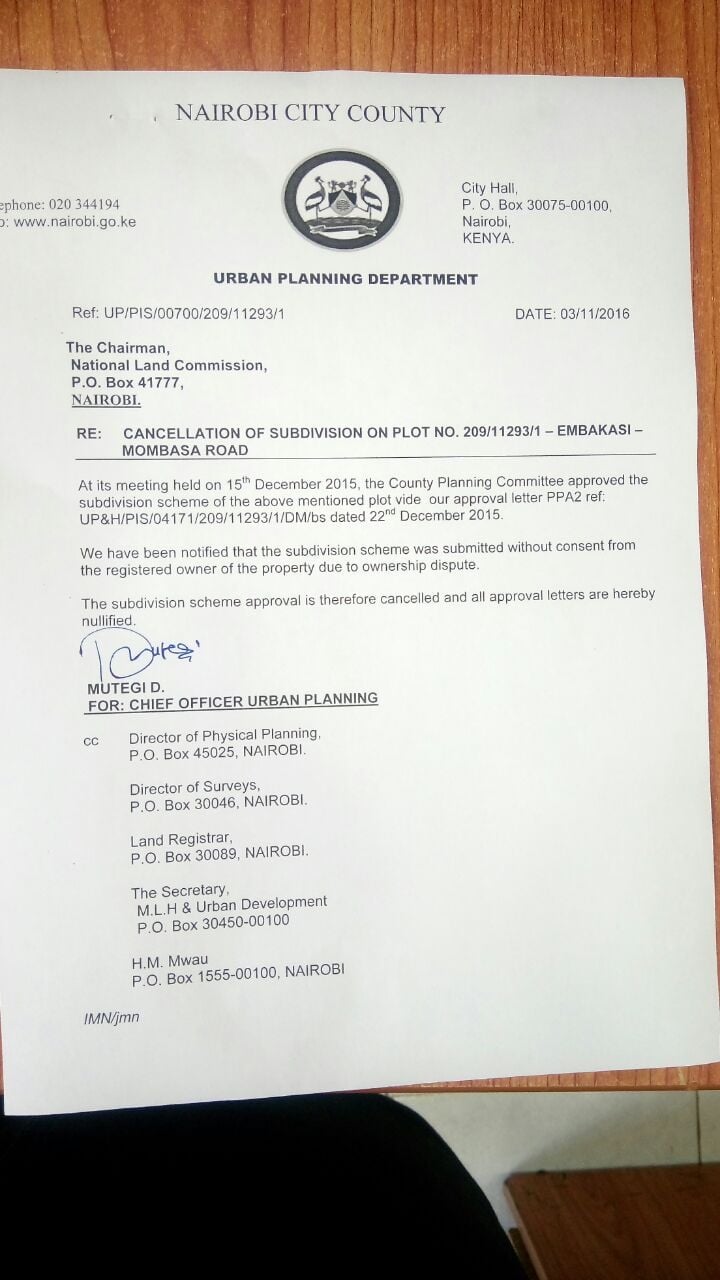 CAPTION: The cancellation letter sent to National Lands Commission Chair Muhammad Swazuri, who had been bribed to endorse this fraudulent activity.

Desperate and out of options, Laban Onditi Rao, the Vice Chairman of the Kenya National Chamber of Commerce and Industry, resorted to physical intimidation, attempting to forcefully occupy the parcel of land by dispatching hired goons. However, Embakasi Police moved in swiftly and arrested the hired goons numbering 25, who admitted that they were dispatched to the site by Kiprono Kittony’s Vice Chairman. He was then arrested and is currently being charged with trespassing and malicious damage to property, together 5 other goons he had hired, at the Kibera Law Court Number 1. A criminal investigation on several other counts of forgery and impersonation is on-going. Despite the defeaning silence from Kiprono Kittony, it is a well known fact that Laban Onditi Rao is his handy-man, who executes such fraudulent activities on his behalf. Their key source of illicit-revenue comes from extorting “members” of the Chamber of Commerce money, for those seeking for documentation to travel to the United States, under the guise of attending seminars. Despite the polished media image and fake British accent, Kiprono Kittony is fast catching up with the traits of his mother, who looted Maendeleo ya Wanawake coffers dry, as other misguided women cheered her on. 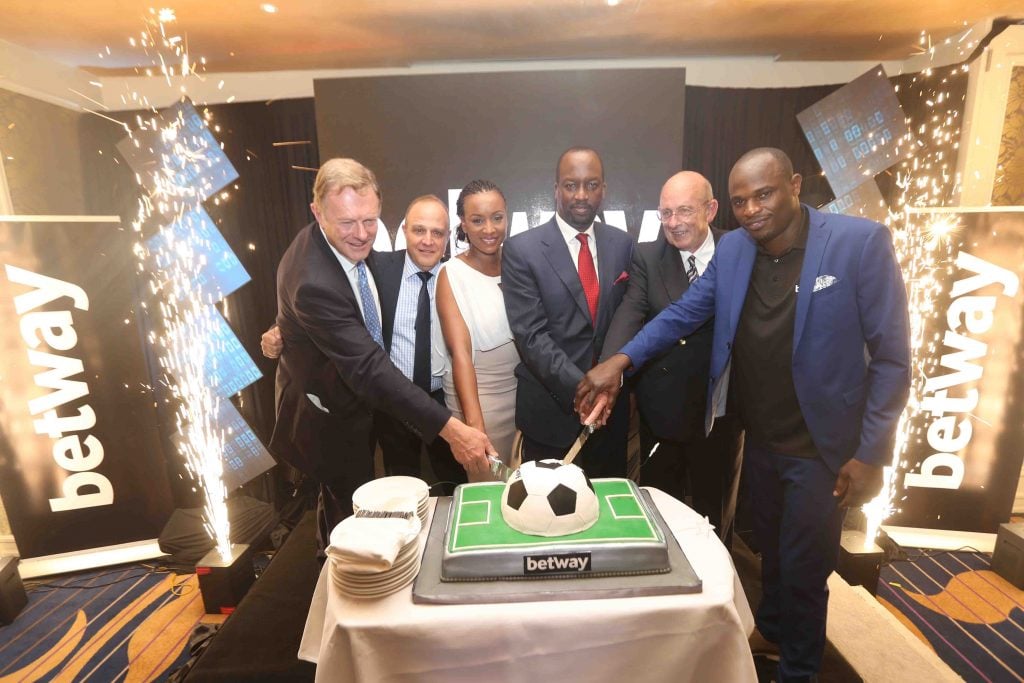 CAPTION: Kiprono Kittony pictured at the launch of Betway. Betting has become a target for corrupt individuals as a vehicle for money-laundering.