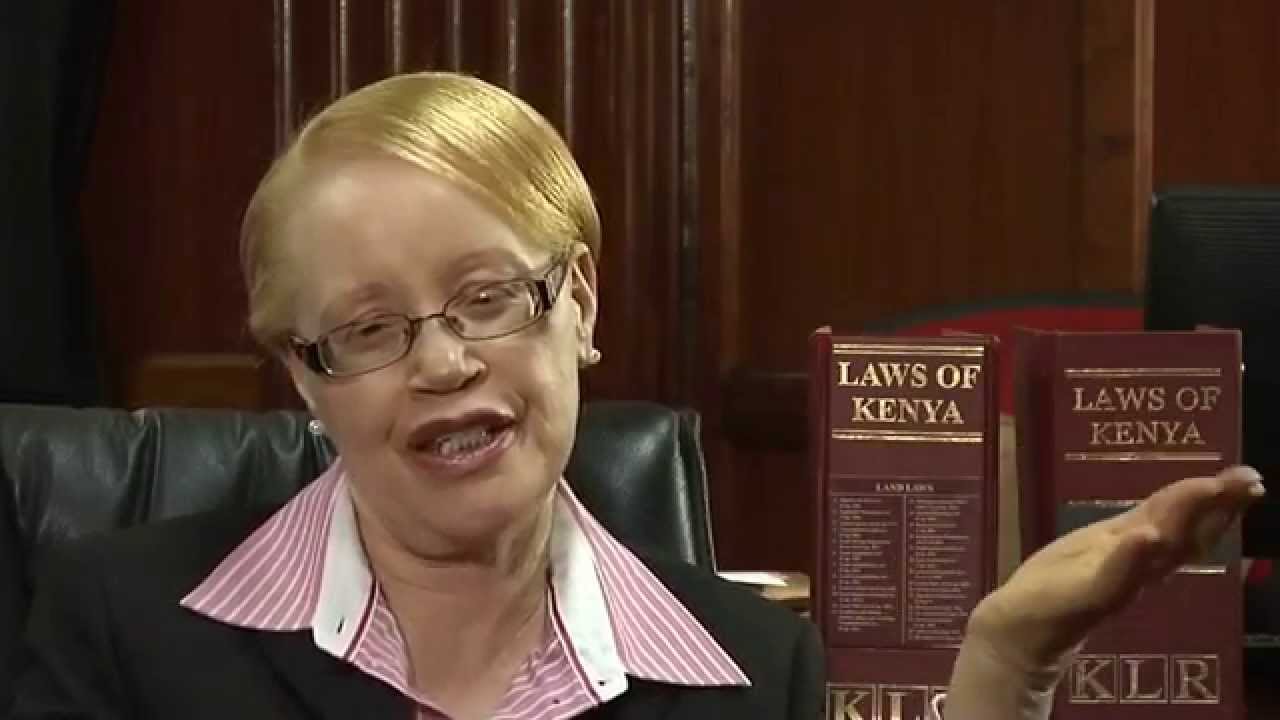 Speculation in legal circles has been rife that Victoria Rubadiri has been in a relationship with Willy Mutunga, the retired Chief Justice for a couple of years now. And yes, it’s their freedom to associate as both are neither married and Kenya is a free country.

The same constitution which allows us to turn a blind eye on their affairs, is the same one that provides for freedom of expression be it in the streets or on social-media platforms like Facebook.

It is quite disturbing to see a young Kenyan, consciously calling for a return to the dark days, when there were controls on virtually everything. Such remnants of the past order are slowly creeping up, and it’s up to us to remain vigilant and deal with these emerging threats to our freedoms and liberties.

April 19, 2016, was a win for freedom of expression and information for Kenyans after Justice Mumbi Ngugi declared Section 29 of the Kenya Information and Communications Act – a law that creates the offense of “misuse of a licensed telecommunication device” unconstitutional. In practice, all cases hinged on section 29 before any court are now illegal.

It was increasingly clear that the police and those pulling their strings were exploiting the ambiguities in this provision mainly to intimidate and frustrate their critics with almost impunity. More than 23 bloggers among them journalists have been arrested and charged under this provision since January 2015, according to ARTICLE19 Eastern Africa’s documentation. Seven bloggers and journalists were arrested and charged under this provision in 2015 and 15 from January to March 2016. 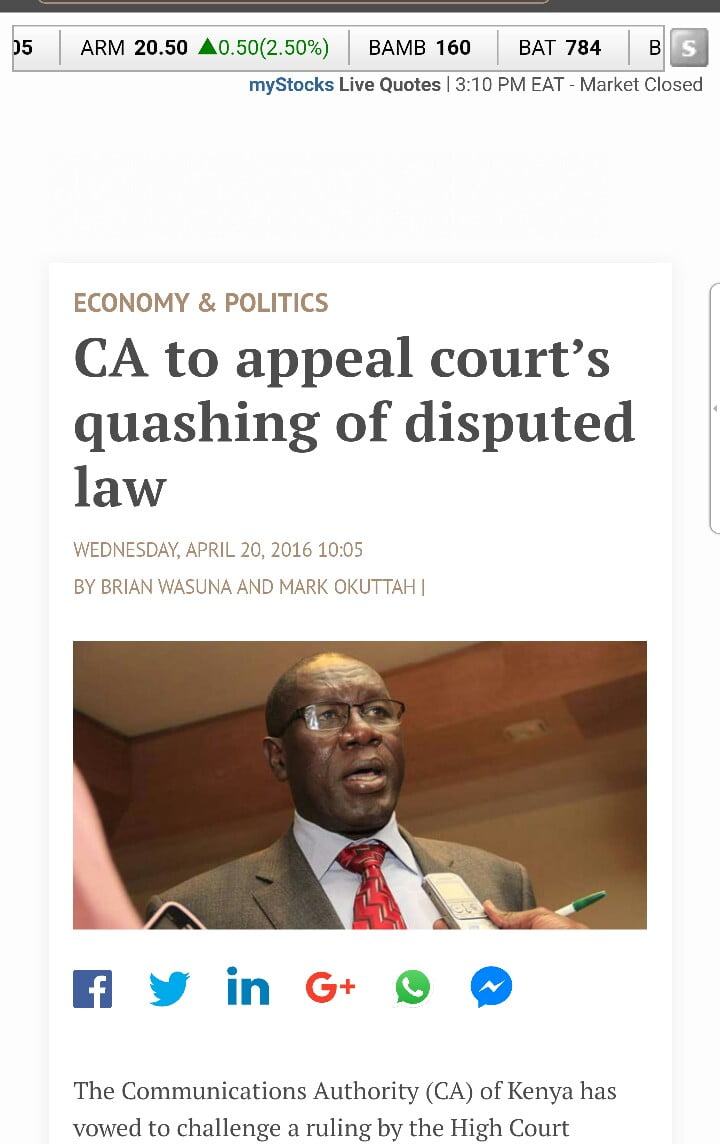 CAPTION: CAK has always wanted a return to the dark days. Silly government officers who don’t know the struggle it took to get a new constitution.

Not lost on us is that a day later, the Communications Authority of Kenya (CAK) announced that it intended to appeal the ruling by Mumbi Ngugi. Coincidentally, CAK were the same people bribing Nation Media Group to run toxic narratives targeting the reenactment of laws curtailing both media and social-media freedom.
Talk about shooting ones-self in the foot.

On the same day that Justice Mumbi Ngugi delivered her landmark ruling, Willy Mutunga the then Chief Justice transferred her from the Milimani Constitutional Court to Kericho, in what might have been victimization due to her professionalism and threat to the status-quo he was serving.

Clearly, Mutunga is a man who misses the old days when controls were the order of the day.

Did he indoctrinate Rubadiri on these so-called “consequences” of a liberalized environment? Did he whip her emotions into exploiting the unfortunate death of a woman, to help Government pursue its agenda? Did Rubadiri know that she was the subject of a social-experiment and was being used to whip emotions? 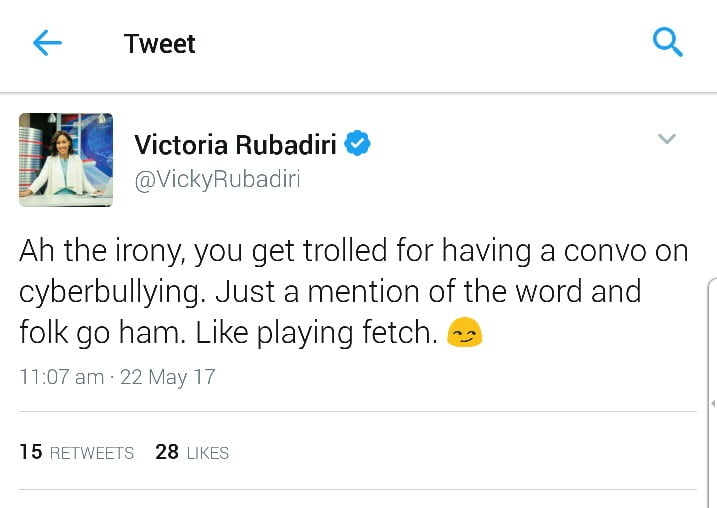 CAPTION: We were not “trolling” you Ms. Rubadiri. We were telling you openly that your journalism is mediocre.

Stop dating old people Ms. Rubadiri. They’ll indoctrinate you into their thinking. Live your life as they did theirs without inhibitions. It’s no longer “cool” subscribing to the ways of our Elders. You must rationalise every topic you interrogate.