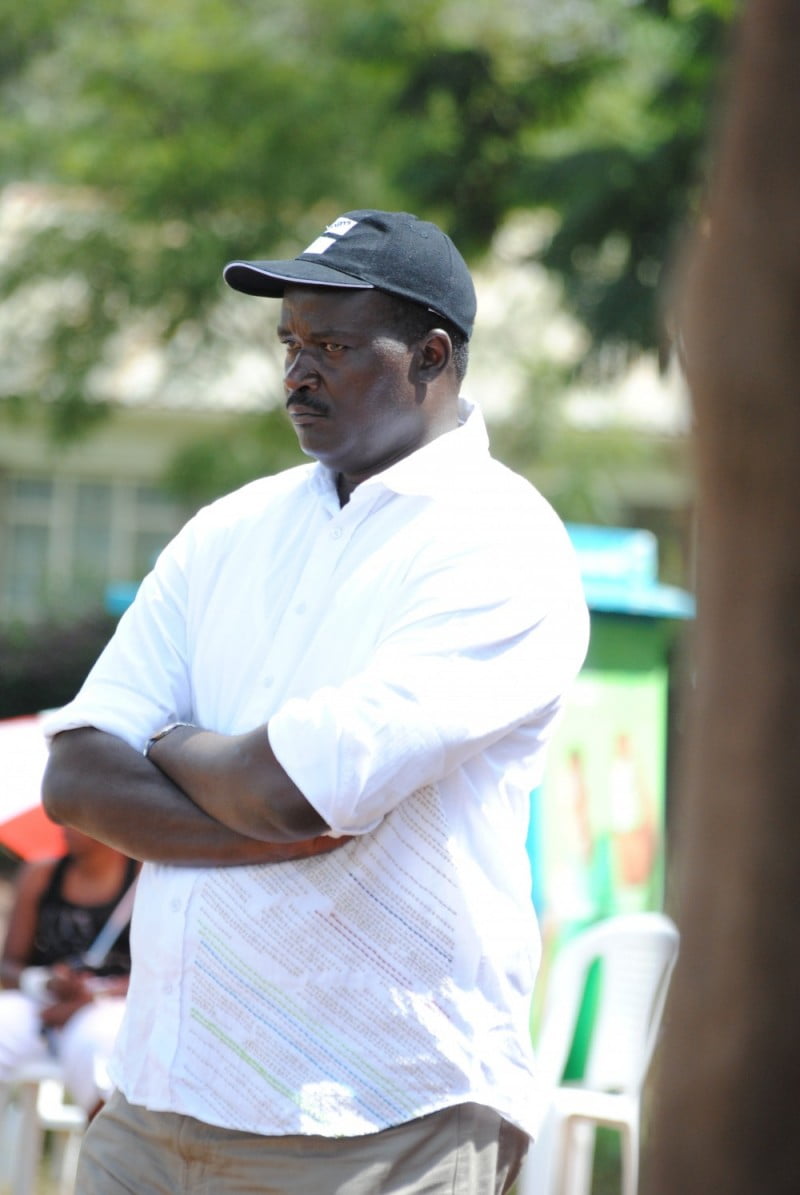 CAPTION: Land grabber and principal of Maseno School Paul Otula. He is following in Kiprono Kittony’s footsteps, where the Kalenjin thief had attempted to grab a parcel of land along Mombasa Road, on behalf of his mother Zipporah Kittony.

You are a godsent to the voiceless. Thank you and keep up the good job.

The principal of Maseno school, Mr Paul Otula has gone on a bizarre rampage of land grabbing within Maseno township. His latest victim is the land belonging to the late Prof. George Eshiwani,which is adjacent to Maseno club. Whereas the family of the deceased still holds a valid lease title, as confirmed by the registrar of lands, Otula has nothing to prove ownership.

It is strange that the said principal can take advantage of the family, barely 2 years after the demise of the professor and yet in life, he never attempted to even make contact with him over the matter,despite Otula having had the opportunity, when a son to Eshiwani was a student there for 4 years.

This story comes hot on the heels of another scandal, where Kiprono Kittony, the chairman of the Kenya National Chamber of Commerce and Industry colluded with Muhammad Swazuri to attempt to grab a parcel of land along Mombasa Road. Prominent Kenyans are misusing Government officials to illegally-acquire land using forged paperwork.

On Friday 16/9/2016, the National Land Commission had a notice published in the Daily Nation on the dates it would hold hearings on land disputes for Kisumu county. Neither Otula’s name or that of his school does appear there. This is because some of his board members,including the area Chief Omondi who died a few months ago, questioned his real intentions bearing in mind the obvious fact that he had no legitimate claim to the land.

On Saturday 17/9/16, the powerful principal hired earth movers to destroy the fence and clear the grounds on the said parcel. Whereas there is a legitimate land belonging to the ACK church where the principal has also taken and intends to construct an adminstration block, to be purportedly commissioned by the Uhuru Kenyatta during his tour of Western, he hopes to use that opportunity to legitimise and grab other lands belonging to individuals in the area.

There are many ways in which Otula could have used, to legally acquire the property. He has never contacted the family over the same matter while being in full knowledge of the facts. Prof Eshiwani’s wife comes from the prominent Mbalanya family of the Abanyore community,which borders Maseno school on all sides. Bad blood between Otula and the neighbouring community has made the principal a resident of Nairobi, flying in through kisumu to Maseno in tinted vehicles. He rarely walks freely around the township.

Indeed passengers on Kenya Airways flights to Kisumu will admit to seeing a tall man every weekend on those flights, meaning that he is exhausting the coffers of Maseno School on flights in unnecessary trips to Nairobi.

His actions are very provocative in the current set up, raising the question as to whether it is a case of power going into one’s head. Should the Abanyore feel provoked enough to follow into his own actions, the obvious repercussions will be fatal.

In a country of law and order, public officers must follow the law. However much as an individual might feel aggrieved,the law must be upheld. Otula is said to be eyeing an elective post after his retirement and has therefore joined ranks with some well known politicians in this murderous attempt to appease sections of his target votes.

The case is obviously headed to the courts,which is the most reasonable approach that ought to have been taken in the first place.