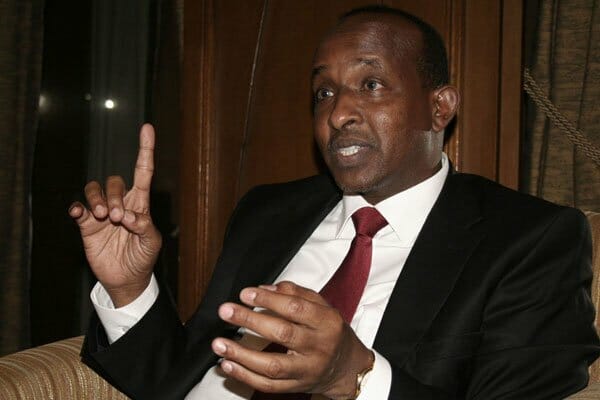 When Midiwo said that Duale is the Chief Terrorist selling Charcoal In Kismayo, MANY OF US DISMISSED HIM. But time has never lied. Many Kenyans are asking themselves myriad questions . Is this man Duale a terrorists sympathizer or he just wants to save his charcoal business that may be funding the enemies who are dedicated to annihilate Kenyans ?

Suggesting the Government should consider negotiating with Al-Shabaab militants to halt attacks is very funny and I am asking myself why such remarks must come from this Big mouthed politician who doesn’t think before uttering something.   Duale is no stranger to contentious utterances about terrorism. Eleven months ago, at the height of terror attacks, he kicked up a storm after a video clip of his utterances during a rally in Nairobi’s Eastleigh went viral on the Web.
In the latest debacle, Duale said in an interview with BBC Somali radio that Kenya is ready to send elders and religious leaders to lead negotiations with Al-Shabaab, which has claimed responsibility for the murder of many of Kenyans in its bloody campaign against the military intervention in Somalia.

Duale and some of his friends must be vetted and investigated because terrorism is a great cancer worldwide and the same leaders fighting it are funding and sympathizing with terrorists.