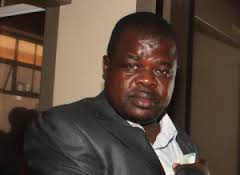 As pressure continues to pile on Mugenda to retire, an activist Okiya Omtata has also moved to court in a bid to remove her from office. Last week, Omtata filed the case at the Industrial and Labour Relations Court to push for her retirement on grounds that she has completed her mandatory term and should vacate office. According to records, Mugenda was appointed VC in 2007 and was reappointed in 2012 by then president Mwai Kibaki for another five years.
According to Omtatah’s papers presented before Nairobi Justice Hellen Wasilwa, the Education ministry has not advertised her position or sent her on a mandatory six months leave to facilitate her exit. According to the university Charter, Mugenda’s term is expected to end in March 2016.
The fear which has now forced Omtatah to seek legal redress is that in less than six months to the end of her term, no advertisement has been placed in the media announcing the vacancy which is against the best practice in the public service where those approaching the expiry of their terms proceed on a six-month leave pending retirement.
Although Mugenda is keen on extending her term through dubious means, the truth and law is that having completed the two terms, under the law, she is not eligible for re-appointment.
But what is now worrying is that Prof Mugenda is not ready to call it quits as she plans to hang onto the job for a possible third term which is against the universities Act 2012
The Act in Article 39.(1) says “The vice-chancellor of a university shall be appointed— (a) in the case of a public university, competitively by the cabinet secretary on the recommendation of the council; and (3) says the vice-chancellor of a public university shall hold office for a term of five years and shall be eligible for a further term of five years.
What is now worrying Kenyans is that whereas Mugenda is a beneficiary of competitive recruitment, it is shocking and worrying that she is now failing to respect the same and to give others an opportunity to serve in the same capacity as VC.