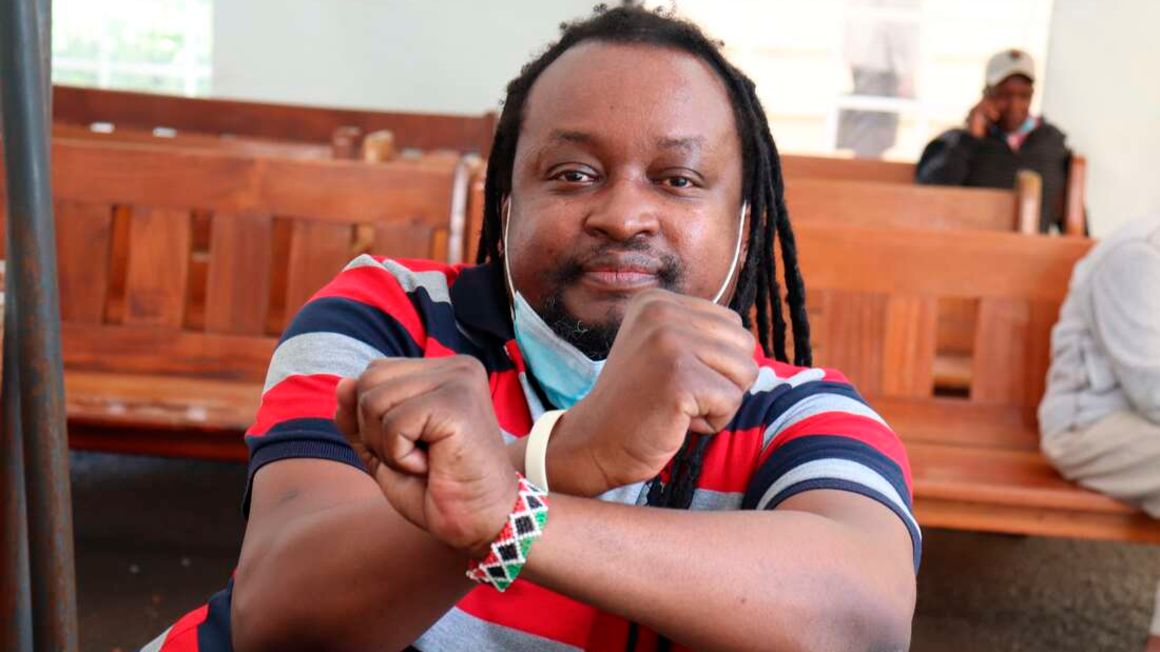 Popular activist Edwin Mutemi Kiama was on Monday been unconditionally released after the prosecution failed to provide sufficient evidence to charge him for allegedly cyberbullying President Uhuru Kenyatta and his Deputy William Ruto.

Kiama who had been freed on Ksh. 500,000 cash bail earlier this month faced reprieve after the court ordered the amount paid on April 8 be refunded.

Hours after the decision was made, the activist took to his social media pages to give a brief of how his case went as well as a message of thanks to his legal team and all those who stood by him as he faced gov’t-inspired tribulations.

“Update on my case…

We returned to court today 20th April for the mention of the case.

The Director of Public Prosecutions (DPP) ambushed the court with a proposal to withdraw the matter under Section 87. The police wanted 10 more days to investigate,” he began on the first post. 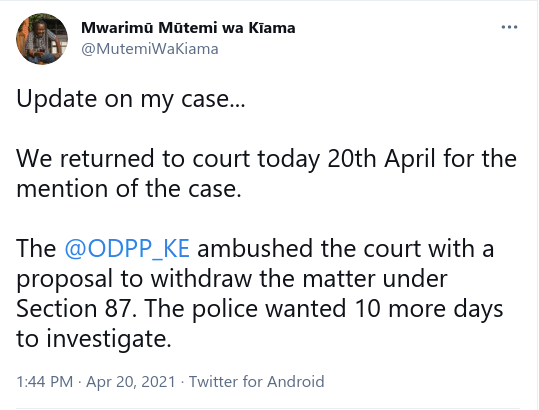 In his next tweet, Mutemi declared his intention to seek redress over his illegal arrest and detention.

Mutemi revealed that he now plans to sue the state over harassment, loss of reputation and income, psychological torture and confiscation of his gadgets.

“I am now going to pursue justice and regal redress for one unlawful arrest, harassment, loss of reputation and income, psychological torture and the continuing illegal confiscation of my phones and computers,” he wrote. 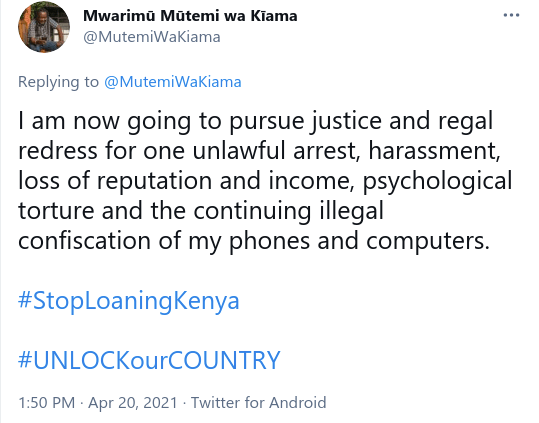 Following Mutemi’s arrest, thousands of Kenyans condemned his detention as well as the punitive bail terms under which they reluctantly released him later.

It was the second time within 10 months that Kiama was being targeted and arbitrarily detained for his social media activism and expressing himself on political, social accountability, transparency and economic rights issues.