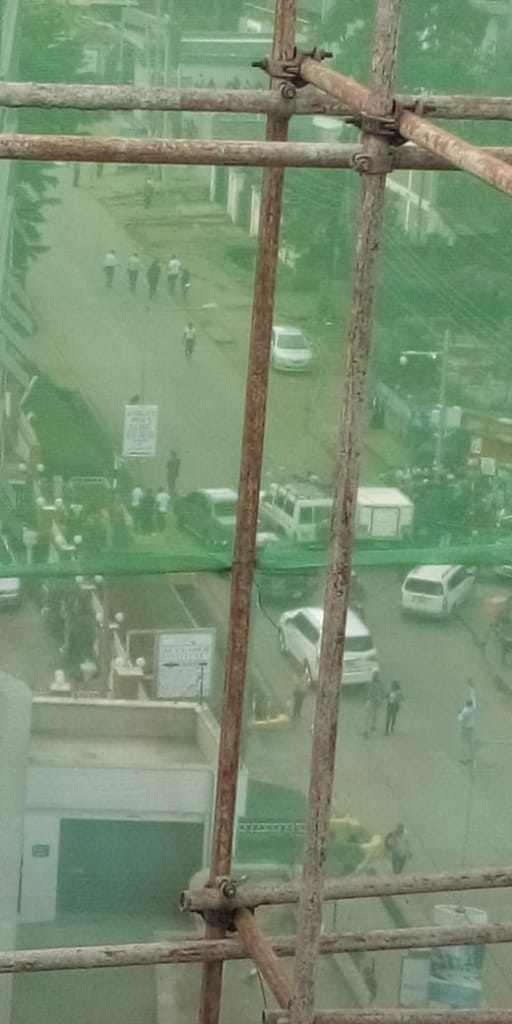 A picture of the Parklands a few minutes ago

This afternoon, an unidentified person left a note at Doctor’s plaza that there’s a bomb in the area.

Police have been combing the area for the bomb but they have bot been successful.

Areas around the Parklands Doctor’s Plaza have been evacuated.

From Highridge all the way down to Limuru road to 3rd parklands avenue has also been evacuated.

It is exactly a year since terrorist entered the DusitD2 hotel complex in Westlands area and killed 21 people.

That day, January 15th, 2019, a group of four attackers said to be part of the outlawed Al Shabaab militia group stormed the complex in two vehicles.

One of the attackers blew himself up next to the Secret Garden restaurant.

After the blast the remaining terrorists forced guards to open the gates of 14 Riverside Drive by shooting at them and lobbing grenades as they made their way into the complex, setting ablaze some of the vehicles in the parking bay.

Global terrorism database compiled by the National Consortium for the Study of Terrorism and Response to Terrorism (better known as Start) indicates that between 2013 and 2017, Kenya has suffered 373 terror attacks, leaving 929 people dead, 1,149 injured and 666 taken hostage.

In 2015, al Shabaab terrorists were involved in the mass shooting of Garissa University College students leaving 147 dead and many others injured.

This incident was Kenya’s worst terrorist attack since the 1998 United States Embassy bombing, which left over 200 people dead.

In this article:Parklands, War on Terror