The Social Democratic Party (SDP) has changed its name to Communist Party Of Kenya (CPK).

‘The constitution and other documents of the party have also been updated to capture the necessary changes’, the advert said.

SDP which had political heavyweights like current Kisumu Governor Anyang’ Ny’ong’o and Kitui Governor Charity Ngilu in the past, is now a pale shadow of its former self. 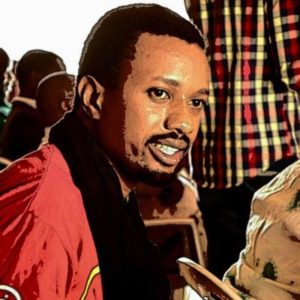 Ms. Ngilu was the presidential candidate for SDP in the 1997 general elections.

The current Secretary General of the party is a Benedict Wachira.

The rebranded party, which still sticks to its Marxist-Leninist ideals, promises to work towards a “classless society” and to fight ” NeoLiberalism, neocolonialism, and dictatorship”, among other things, while consolidating democratic gains, the advert says.

From the onset, one would mistake the party symbol to that of the Communist Party of China.

Communism is not that fashionable in the world anymore.

Proponents of capitalism, its nemesis, argue that while Capitalism is by no means perfect, at least the concept of profit drives improvement.

SDP was founded in 1992 by one Johnstone Makau. 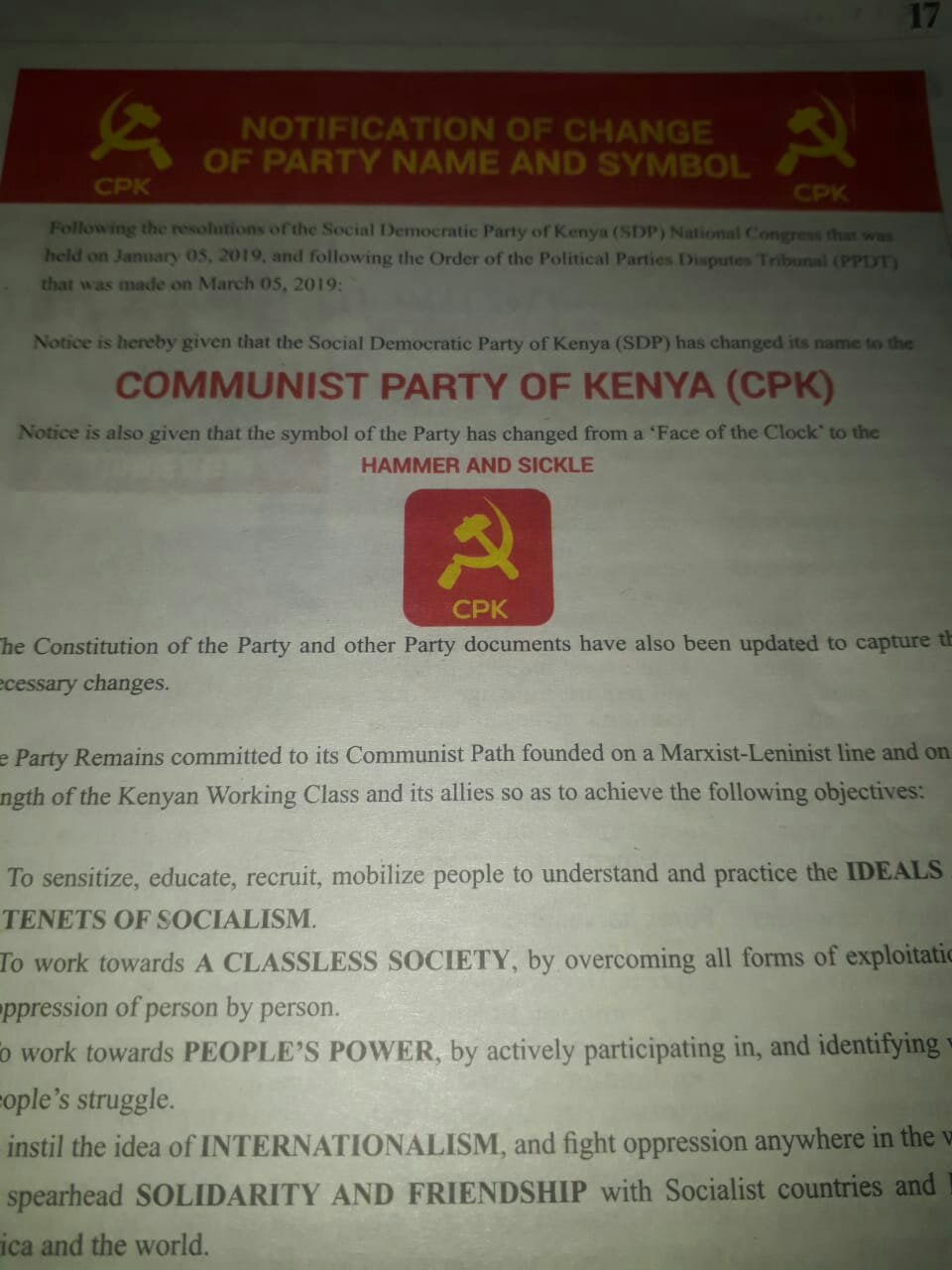 CAPTION: A picture showing parts of the advert || Daily Nation

In this article:Communist Party Of Kenya