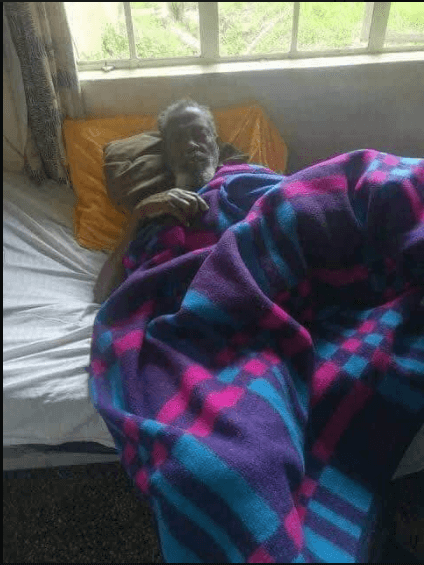 So Professor Ouma Muga died and no media house has aired this! A very interesting nation where uneducated thieves are folk heroes. One of the best brains the country has ever seen – In fact his birth was prophesied. How I wish his death would be prophesied too. Professor Ouma has died poorer than the poorest of people.

According to the Homabay Political Pundit, very few young people know of him but when you ask anybody above 40 years from Rangwe constituency who he is, they will tell you what a brilliant individual he is. Born and raised in a remote village-Kochia- in Homa Bay district, he went through what any other boy would experience while growing up.

His brilliance caught the public attention when he sat for his Kenya African Secondary School Examination (KASE) at St. Mary’s Yala. He emerged the top student nation-wide.

He proceeded to sit for the Cambridge Overseas School Certificate in 1957 in the same school and once again topped the whole country.

He joined Makerere University where he graduated with a Bachelor of Science degree in Geography. Afterwards, he did his Master of Science degree(MSC) in Australia and Doctor of Philosophy (PhD) in fluvial geomorphology in a record time-frame.

Prof Ouma became a lecturer at Makerere in 1966. There, he held a post of Secretary-General and then Chairman of the University Academic Staff Association of Makerere.

Professor has done a lot of research. UN selected a team of 7 world elites scientists in 1964 and from Africa, Muga was chosen to help Australia in reforming the dry country. Today Australia is the world Leading Rice Exporter.

He is the one who introduced the terminology “GLOBAL WARMING” when he explained the long-term effect of Depletion of the Ozone Layer as a result of greenhouse gas emissions due to 1st world rapid industrialisation. Through him, UNISDR and UNEP have a working Frameworks eg Kyoto Protocol, COP/MOP, HFA1 & now Sendai Framework for DRR.

He has written a book on Luo History and two others on Evolution of Environment Resource Base in East Africa and English Encyclopaedic Dictionary of Dholuo language.

He became Vice-Chancellor at Moi University and founded the School of Environment Studies at the same institution.

He later ventured into national politics and was elected MP for Rangwe in 1989 on KANU ticket. He was appointed Assistant Minister for Environment. He recaptured the same seat in 1992 on FORD Kenya ticket after the introduction of multi-party democracy. A fallout with Raila Odinga ended up his career. Life is a journey, enjoy it while you can.