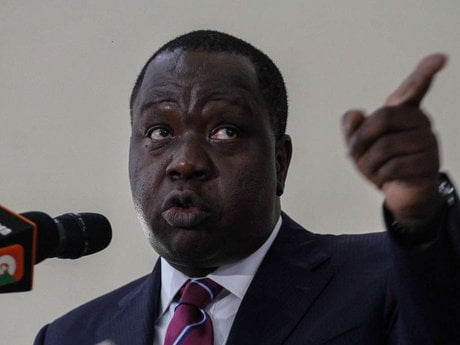 Interior Cabinet Secretary Fred Matiang’i. Despite banning the importation of gambling machines, a Chinese businessman has smuggled and flooded rural areas and urban slums with the equipment that is destroying livelihoods.

A Chinese businessman is said to be involved in the smuggling of banned gambling machines.

Rambo Resources Limited, the firm owned by the businessman has continued to flout Interior CS Fred Matiang’i by importing the gaming machines that were banned in 2017.

Since 2017, police have confiscated hundreds of the machines and destroyed them, but the Chinese guy seems to be under the protection of some powerful entities. His illegal gaming empire spreads from Kawangware, Umoja, Kayole, Rongai,  virtually everyplace there’s an informal setlement.

A case filed in 2018 at the High Court in Makueni shows Rambo Resources Ltd tried to sue the Attorney General, Emali Location Chief, OCS and OCPD of Emali police station for confiscating and detaining the 6 gaming machines belonging to it.

“RAMBO RESOURCES LIMITED legally operates gaming machines business in various places in the republic of Kenya with all pre-requisite permits from the national and local authorities”, the firm swore in an affidavit in 2019.

This was 2 years after the ban had been announced. 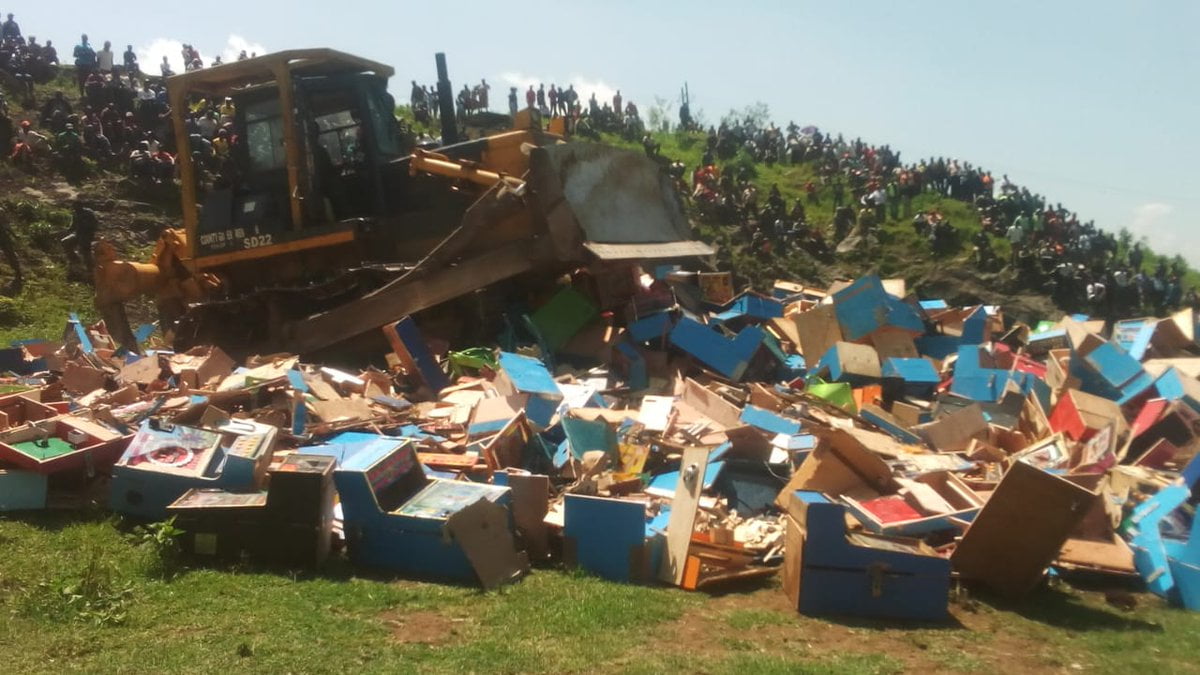 Reason for the ban.

“Kenya Revenue Authority wishes to notify all importers, customs agents and the general public that the government has stopped importation of all gaming equipment, machines and devices forthwith,” the revenue authority said.

According to the Betting Control and Licensing Board, there are over 30 licensed gambling companies in the country, with others operating outside the confines of the law.

Illegal gaming machines have been installed mainly in housing estates charging players as little as Sh10 with payouts of up to Sh500.

In 2018, Matiang’i lamented how the illegal and widespread gaming that had infiltrated the estates and slums was detrimental to the school ging kids.

“This business is destroying the lives of our children. Some of them are not going to school. Let us stop pretending. We must stand up and call sin by its name for the sake of our children,” he said. 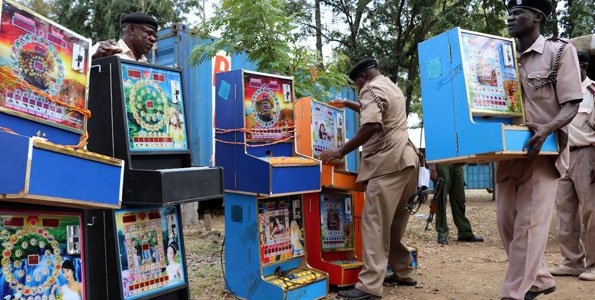 In Machakos County, in 2019, the police destroyed 31 gaming machines by setting them ablaze. That was a second batch, 19 more had been destroyed weeks earlier.

“The burning of these machines is one of the measures we have taken to protect our youth from being misled by unscrupulous businessmen who do not care about their morals. We will extend our patrols to all corners of this sub-county and ensure that these destructive and illegal machines are eradicated from here,” Mr. Kirui, then Mwala Sub County Police Chief said.

Two years after the ban, police were very thorough in collecting and destroying these unlicensed equipment but as the years wore on, it seems the fire died.

Owners of Rambo Resources need to be investigated afresh, police raids need to be conducted in the aforementioned areas so as to rid Kenya of the gambling lie. 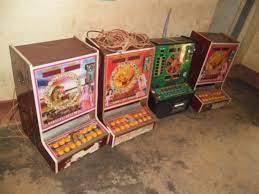 In this article:Ban, Gambling, Gaming, Machine