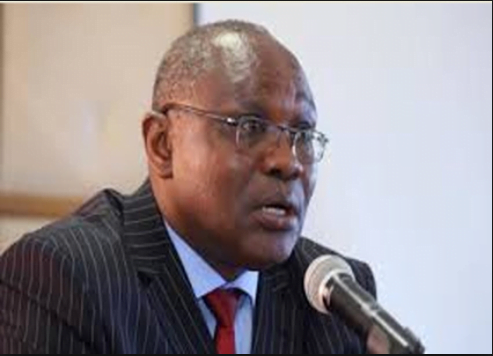 This is what I gathered…

The total forest cover in the whole county is approximated to be 228.4 hectares. Nyangweta covers 104 hectares (almost half the county’s cover!). The County government had a plan to increase the forest cover to about 500 hectares by 2017. I do not know how much of this was in any way achieved, but I understand that most forest land was lost through illegal logging for timber, poles, charcoal and firewood and little has been done to stop this.

Nyangweta forest, is one of the very few forest lands that are still intact as forests in all Kisii and Nyamira. Standing at about 255 acres, It is a registered forest area, but UNGAZETTED. It was designated for forest use by the County Council of Gusii.

The forest was planted with commercial pine, eucalyptus and cypress trees in 1958, and these were ready for harvesting after 30 years.

In 1997, the former Gusii County Council sought and was granted authority from the ministry of local government, for a planned logging exercise of the forest (40 acres). They recorded to have collected KES 5.5 million after logging 9,235 trees.

The County Council of Gucha (with authority from councillors) proceeded with unauthorised logging that took the intervention of the then local area MP Hon Omingo Magara and the Nyanza PC in March 2002, to stop the logging of the forest, who then directed the halting of further logging and reforestation to logged parts. We know that most of the trees cut were barely replaced and illegal logging has taken a toll on the forest upto today. This matter found its way to the floor of the National Assembly where Hon Omingo tasked Mr Sirma, who was the Ass. Minister for Local Government to explain the illegal logging of the forest. ( See https://goo.gl/sZBemN )

On the 20th of July 2017, Dr Judy Wakhungu, the CS for Environment and Natural resources, through powers conferred upon her by section 3l(2) of the Forest Conservation and Management Act, 2016, declared Nyangweta forest a ‘forest area’, through legal notice No. 119. This was done together with other forest areas in the county and elsewhere in the country (https://goo.gl/eaDC3x ).

In the legal notice No. 119, however, it raises eyebrows to note that ONLY 18.53 hectares (45.8 acres) instead of 104 hectares (255 acres!) have been delineated on Boundary Plan No. 1751438 as forest land against the former official records that had recorded the forest to be bigger. This map was deposited at the Survey Records Office, Survey of Kenya, Nairobi and a copy of which may be inspected at the office of the Ecosystem Conservator, Kisii County, and the Kenya Forest Service Headquarters, Nairobi. Where did the rest of the forest go to?

The proposed sugar complex will take away 120 acres from the forest. Kisii University had already been allocated 50 acres for its Nyangweta campus (that is under construction, after commissioning by former area MP Hon Manson Nyamweya ). Effectively, this will leave it with ONLY 85 acres out of the current 255 acres! That is if the records are straight… However, the figures fronted by the county are jumbled up on this, stating that about 50 acres (which is almost equivalent to the area registered by the CS on item in Legal Notice No. 119) will be left for the forest. What happens to the remaining 40 acres?

By 2006, the government was considering getting a private investor to invest in a sugar factory in South Mugirango (https://goo.gl/U6x799 ). The Kisii County government managed to get a suitor for the deal during the Kisii Investor Conference, where it offered to give the investor ‘free’ land to put up the factory.

Local farmers thought of getting part of the forest to put up a sugar factory through a local sugar society, though this was not possible. They began agitating the former MPs to petition the government put up a sugar factory locally, because SONY was inefficient in cane collection from their farms. Most got poor rates per tonne and many resorted to jaggery production. The former area MP Hon Omingo Magara in his early tenure (1998), severally tasked the government to state what it was doing about the waste of cane in the area. Local farmers had started agitating for a local sugar factory. Government always responded by promising to expand SONY sugar, which is about 15km away from the area. The government responded in all instances it was instead going to boost the capacity of SONY from handling 3,000 tonnes of cane per day to 6,500. This delayed due to problems that faced the sugar sector and led to the company getting into debts. (https://goo.gl/Ss3yEG )

The proposed factory has found its way to the Senate, as petitioned by the governor HE Ongwae who was seeking senators’ permission to let him excise part of the forest land for the sugar factory. The matter was supported in the Senate by nominated Senator Hon Janet Ong’era and Senator Hon Prof Sam Ongeri. It elicited mixed reactions on the floor, with some senators raising concerns over destroying a forest for a factory, and the misgivings of the sugar factories established before. If interested, you could read the response of senators on https://goo.gl/HfzQFF

The senate committee has moved with speed on this matter with and was to visit Kisii any time on a fact-finding mission, to approve the alienation of the forest for the factory. This is bound to be completed soon and owing to the political support it has, its bound to be approved. The local politicians and a few senators are in support of the factory.

Nyangweta is bound to go down, the factory is likely to go up!