The country is fast approaching 2022 general elections with new cats in politics rising from every corner. Old dogs without skills up their sleeves like Vihiga Governor Wilbur Ottichilo is already panting before August 2022 when he should defend their seat.

There will be a major generational shift in 2022 and Vihiga seat is one of the many that have attracted young men and women who have centered their campaigns on empowerment.

The 40-year-old Kabake who grew up in the village and graduated from Mount Kenya University is selling like a ‘bible’. He is an orphan, meaning he is winning ‘sympathy votes’ against candidates like the corrupt Ottichilo who is still ‘limping’ after he survived impeachment early in the year. 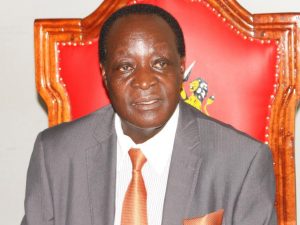 Kidake is camouflaging in his Foundation/ projects to woo the community with more than 50 students already benefiting from his foundation.

Everything Kidake is family business run by family but benefiting his community.

His foundation is stationed at the same establishment with his businesses,Scraj Homes and Stara Micro Finance in Lavington and given the face of his wife, Carol Kidake.

He has another opportunity to score political points as the race tightens for Ottichilo through what events that look like proper PR exercise with some real benefits to the people.

The rising business mogul has scheduled a mega expo in Vihiga’s Kidundu stadium in February when Ottichilo will be drumming support for the unpopular BBI document.

“I have organized major business expos in Dubai, Tel Aviv and Tehran, which turned out to be a major success. I was one of the major organizers of the recently cancelled Dubai 2020 expo due to Covid-19. I want to share my experience, international exposure and business networks with Vihiga businessmen and women,” Kabake said.

The soccer enthusiast who wants to run on a Ford-Kenya ticket is also part of a network of local clubs making him popular in the grass root and a real threat to promise Ottichilo a bruising battle.