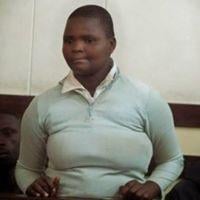 An 18 year old house help from Zimmerman in Nairobi is facing the law after she allegedly confessed to forcing a three year old boy to lick her privates.
According to the mother of the boy, the you boy looked disturbed every time she came back from work and she decided to investigate the matter.
When she questioned her son, he spilled the beans on how the shameless maid has been s3xually harassing her.
As it appears, she has been forcing the little boy to lick her privates when her mother is away.
The 18 year house help confessed to have done the shameful act since she was s3xually starved but begged for forgiveness.
She is currently facing defilement charges and is out on a bond of Ksh 1 million.
Here is the video of how the boy narrated.

Watch the Video down here or  Shocking Video