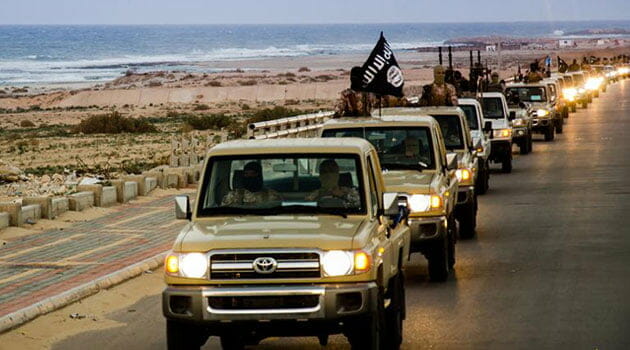 Last week Egyptian and Libyan warplanes hit IS targets inside Libya after the jihadists released a gruesome video on February 15 showing the Christians, 20 of them Egyptian, being beheaded.

Cairo has since urged the hundreds of thousands of Egyptians working in Libya to leave, and also chartered planes to fly many of them home from Tunisia, Libya’s western neighbour.

At least 14,585 have heeded the call and returned through Sallum in northwest Egypt, state news agency MENA reported.

It said they included 3,018 Egyptians on Monday alone, but did not specify how many were Christian.

A transport ministry spokeswoman in Tunisia said at least 1,000 Egyptians who had fled Libya have been airlifted home on planes chartered by Cairo since Friday.

A Tunisian customs official said an unspecified number of Egyptians were also waiting on the Libyan side of the border, hoping to cross.

Last July, thousands of Egyptians fleeing violence in Libya were stranded for days at the border with Tunisia, with authorities refusing to admit them until Cairo had arranged their return home.

Tunisia was flooded by expatriates fleeing Libya during the 2011 uprising that toppled and killed dictator Muammar Gaddafi, and struggled to cope.

Days after the revolt erupted, Egypt sent military aircraft to Libya to evacuate its citizens trapped by the violence.

At the time, officials said 1.5 million Egyptians worked in Libya, mostly in construction and services, and formed the backbone of the expatriate workforce in the oil-rich nation.