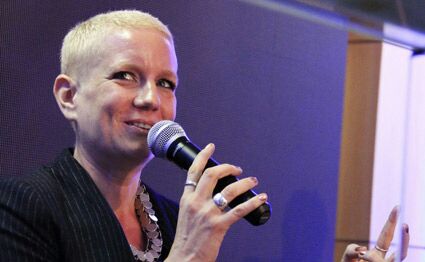 In this segment, I’m not focusing on criminal/circumstantial rape. I’m responding to the #MeToo bandwagon, who seem to be quite familiar with the alleged perpetrators of the rape act. For instance, how society allows Lupita Nyong’o to claim that she was sexually-assaulted by someone, IN HIS OWN HOUSE.

Anyways, here is an analogy from an older guy on how duplicitous the modern feminist has become and why they consciously put themselves in compromising situations.

I’m an Old Married Guy. 20-odd years ago when I was doing this, women took responsibility in their own sexual interactions. Or at least it seemed that way. Women made it clear what they wanted, what they would do and what they wouldn’t do. It was always understood:

In a woman’s mind 20 years ago, “If I don’t agree to be alone with you, it’s because I’m not ready for some kind of sexual contact with you. I’m not attracted to you (enough) (yet). I’m not comfortable (enough)(yet). It’s not the right time for me. I’m on my period. I’m in a bad mood. I have too many other things on my mind.”

In a woman’s mind 20 years ago, “If I am alone with you in my dorm room/apartment/house/hotel room, it’s because I am ready for some kind of sexual contact. In fact I’m more or less expecting one of us to initiate it, and I’m hoping you will be the man and take the lead on it. I might not always be clear about what I want, or what I will do, but I will be very clear about what I will not do. If I don’t want to do something, I will say so, clearly, and I reserve the right not to tell you why. I’ll also do what I need to do to make sure that things I don’t want, don’t happen, up to and including leaving/telling you to leave.”

See, I think mature women can do this. Women always used to set boundaries like this. They aren’t doing it now because they don’t want to take responsibility and they want to put men in positions of compromise, and blame them later.

Again, if you don’t want the bull to charge, don’t wave the flag. No need to flirt with a man, whilst being vague all along, in the mistaken view that his feelings are not being affected by your overtures.

You cannot be developing 2nd thought while naked on his bed. Don’t let it get there. Women, you’re totally in control of access to intimacy.

Men too, no need to pursue a woman who takes long to responds to your WhatsApp messages, doesn’t pick your calls, is constantly unavailable, never spends a dime on you, brings bitches on dates with you, and the likes. Women have covert ways of communicating disinterest, so seize them.

To avoid scenarios where you might be tempted to rape a woman, here’s what you do. If you’re a man of moderate success, completely unfriend/unfollow your crush/es. Stop bombarding your brain with their projection of an ideal woman. Manage your expectations.

There’s tonnes of average women who crave for your attention. You just never take your time to notice them. Those ones will give you pussy with no hesitation. Stop chasing women because of they have intellectually stimulating-conversations. That’s rubbish!

For instance, there’s a mzungu woman called Andrea Bohnstedt who is a mainstay on Ciru Muriuki’s wall. She doesn’t fuck jamaa’s. Sexual-orientation kwa mutaro. But mostly she gives her (sometimes terrifying) experience with men. Maybe as she’s jogging, or in an Uber. And she’ll try and project those men as demons of sorts. Just because they tried to hit on her.

Now because she’s a LeLe, any overture from a man is viewed from the lenses of sexual-assault. And using her Facebook, she’s been able to condition her following of intellectually-challenged folks (men included) that the male imperative is “dangerous”, “potentially-violent” and the likes. Even though she has yet to encounter open confrontation with criminal intent, her subliminal messaging bears the hallmark of such.

These sexually-conflicted characters would do humanity a favour if they “came out” . Because I wouldn’t hit on a woman I openly knew was a LeLe. For instance, now that I revealed Laura Walubengo as a LeLe, do you think any man in their right mind would dare hit on her? Ofcourse not.

Same as Andrea. Dat bitch is fine as fuck! She does Yoga, and nude-art. Has a body to die for. Lakini the problem is she doesn’t like Loloh. So let her first deal with her own transgressions, before projecting men as hitting on her all the time. Men are hunters. That’s what we do. That’s how we roll. And majority of women, don’t mind male attention.

Remember young black kings, for every LeLe, feminazi, dread-locked activist and Instagram thirst-trap peddler who you’ll probably die without ever fucking, there’s 20 more legit chics who are craving for your dick. These noisy ones are the minority, only that they make so much noise as if they’re the custodians of sexual-intercourse.

My nigga’s, don’t be intimidated by these noisy bitches. Pussy is in plenty in Kenya and around the world.