The following are eleven key points to note and which have highlighted why some-perhaps most-of the BBI amendments can’t be practically implemented.

According to the reports, the Building Bridges Initiative signature collection drive has attracted over 4.6 million signatures since the exercise was launched.

Raila Odinga’s political backyard, formerly Nyanza Region, is topping the list of Counties with most signatures accounting for over 780,000. 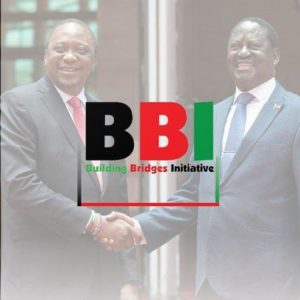 1. Some of the BBI amendments cannot even be practically implemented. Let’s look at the amendment to article 203 that caps the revenue the county with the highest per capita allocation will get, to 3 times the lowest.

3. 9 counties in total will be above this threshold and the cap means they would have to surrender Ksh 9.687b. This is where the problems start. First, there is no suggested method to share what will effectively be taken away from these 9 counties.

4. Secondly, redistributing the 9.687b to the other counties will move the cap upwards again. Natural justice would mean that the money would be redistributed bottom up with the lowest per capita getting most of it. On that basis, assume you take Nairobi’s per capita to Ksh 4,000

6. Because of these kind of problems – a clear case of circular reference error – you should avoid inserting formulas into constitutions. Constitutions are high-level principle-based policy documents. Formulas are best left to where you can change them with time. CRA

8. Constitution-making is a tedious process & needs serious thinking, impact analysis, stress testing & backtesting of any changes. These amendments have been done behind the scenes, in boardrooms and with hardly any testing of how they would work in practice.

9. The same people passionately pushing them today will be crying tomorrow because of their unintended consequences. Variables will change with time & you can’t do referenda now and then. Why variables are never hardcoded and only high-level policy is. Standard practice!

10. For the record, I am opposed to the whole BBI for reasons I have said here b4. Some of the changes will definitely cause a constitutional crisis like the 2/3 gender. We will not be able to give 600b to counties. Won’t afford to recur expend of the expanded exec & bunge either!

11. Like we know NT will not likely be able to transfer the 53.5b that they promised counties to resolve the revenue sharing saga in Sept. But because that is not in the constitution, no major crisis. Why you don’t hard code potentially impossible deliverables in the constitution