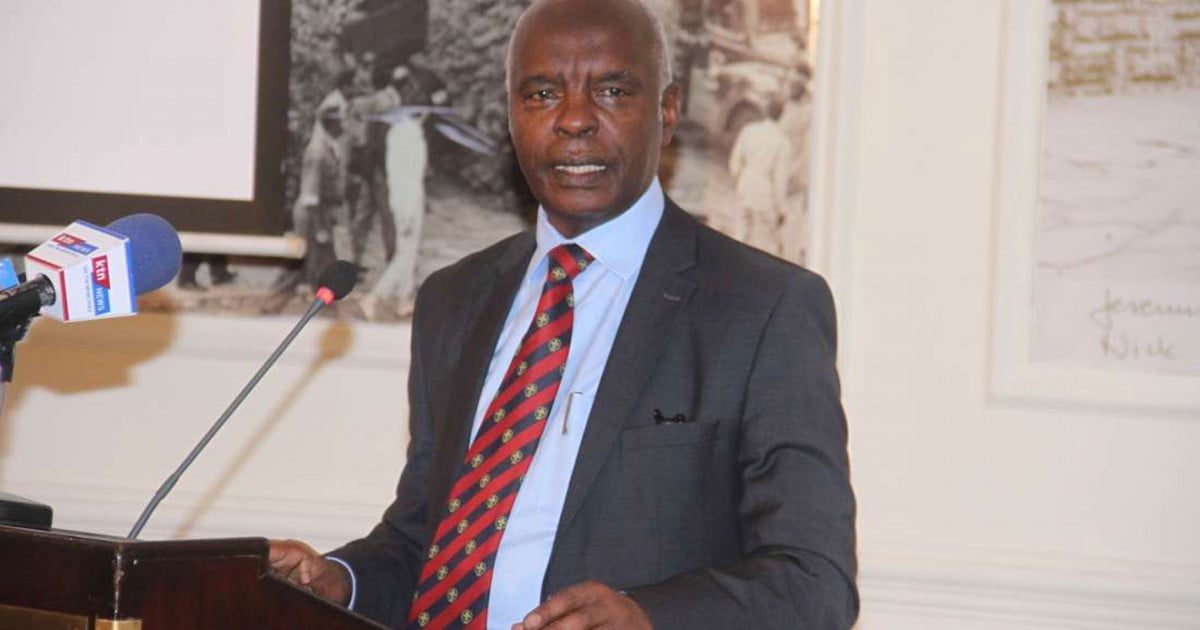 Ever since its launch last year, the Building Bridges Initiative (BBI) has been a highly contested topic among Kenyans.

In fact, from the look of things, the document whose purpose is to unite citizens has almost split the country into two political divides of those for and against the proposed constitutional changes.

While the proponents have been claiming that the main aim of the BBI is for developmental agenda with no malice behind it, others, most notably pro-Ruto supporters have been crying foul over the entire idea.

The latest being Makueni Governor Kivutha Kibwana, a close ally of the Deputy President, who has this morning raised even further concerns over the initiative heavily backed by former Prime Minister Raila Odinga.

Through his official Twitter account, Kibwana claimed that one of the main hidden agendas behind the BBI is the fulfilment of former President Daniel Moi’s controversial prophecy that his legendary party KANU would rule over Kenya for the next 100 years.

The former key member of Kibaki’s famous 2003-2007 cabinet has alleged that the proposals aim to create a system where leaders like President Uhuru Kenyatta, ODM Party leader Raila Odinga, ANC Party leader Musalia Mudavavi, Wiper Party leader Kalonzo Musyoka and their successors will comfortably have the capacity to rule for tens of years.

He added that once such a system is successfully created, even other politicians, including DP Ruto will be eagerly waiting in line so they and their legion can also enjoy the trappings of power for such extended periods.

Governor Kivutha Kibwana further revealed how, if some of the proponents in the BBI are passed, president Uhuru Kenyatta will presumably remain in power for years to come.

“If BBI passes and Pres. Kenyatta is the leader of the HANDSHAKE COALITION, he can constitutionally become Prime Minister,” he noted.

Many laughed off Pres. Moi’s giraffe vision when he said KANU would rule for a 100 years(2000-2100).BBI’s real intention is to create a system where Pres. Kenyatta, Odinga, Mudavadi, Kalonzo and their successors rule as predicted by KANU supremo. Hustler Ruto is also waiting.

On Raila Odinga, Kibwana revealed how he would still remain relevant no matter the outcome of the handshake, suggesting that should he be rejected because of the BBI, then he can still decide to work with the Ruto-led “Hustler Nation” as he did back in 2005-2012 while he was still at ODM.

To help alleviate this potential situation, he called for the formation of a new coalition created by Kenyans themselves, dubbing it “The People’s Coalition”.

And thus called for the formation of a new coalition formed by the Kenyans for themselves dubbed ‘People’s Coalition.’

If BBI passes, and Pres. Kenyatta is leader of the HANDSHAKE COALITION, he can constitutionally become Prime Minister. If Odinga is spurned by Handshake, he can decide to work with the Hustler like e.g. 2005-2012. That is why investment in the PEOPLE’S COALITION is critical.

When the late Joseph Kamotho said Kanu would rule for 100 years—a proclamation that would later be reinforced by then President Daniel Moi—his statement elicited a lot of derision among Kenyans because the party had become very unpopular.

But this statement uttered more than two decades ago looks like it still stands.

There is an equal chance that the next President of Kenya will still be a KANU orphan.

The majority of Members in today’s Parliament were in KANU.